Sky Sports Scholar and GB sprinter Imani-Lara Lansiquot is finally preparing for her first Olympics in Tokyo. "I just had to use the postponement to my advantage. Of course I was gutted because it had been a date in my mind for as long as I can remember" British sprinter and Sky Sports Scholar Imani-Lara Lansiquot reflects on a challenging 12 months on and off the track, she reveals her dreams at her first Olympics and how she's driving change after suffering racist abuse.

One year ago, Lansiquot found out the Tokyo Games had been postponed due to the coronavirus pandemic, meaning she would not be heading to Japan.

The 23-year-old from Peckham, south London admits it was devastating but has tried to fully utilise that extra preparation time.

"Initially, because the organisers were so adamant it was going to keep going on, all of us weren't really sure what was going to happen," Lansiquot tells Sky Sports News. "I think when we were finally told it was a mixture of relief and obvious disappointment.

"I think people often forget that as athletes Olympic cycles don't just start that year. I had been thinking of Tokyo 2020 since I was 12 so that's 10 years in my mind! 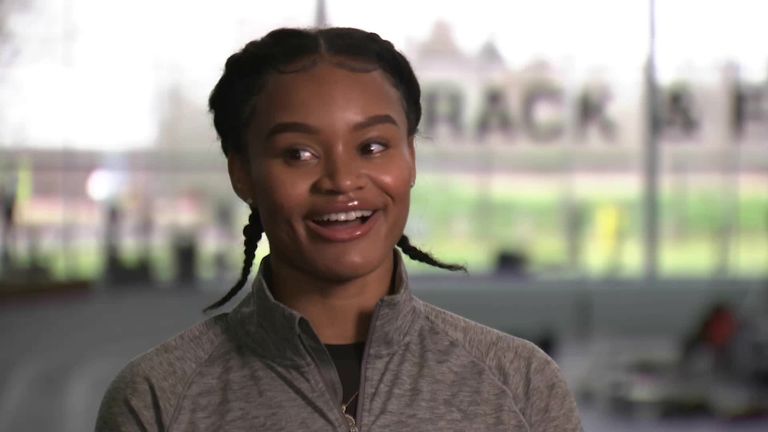 "I just had to use it to my advantage but of course I was gutted because it had been a date in my mind for as long as I can remember."

Lansiquot is one of 10,000 athletes who have had to readjust their training programmes to hit peak physical condition for Tokyo this year.

Throughout lockdown, she has had no access to her training centre, unable to work with her coach or fellow athletes in person.

Steve Fudge, her coach for over three years, praised the athlete's independence and ability to adapt during the pandemic.

Fudge said: "Imani has found a way to be OK with change and have an open mind.

"Those sort of things you're going to need in these environments if she wants to excel at the Olympic Games, at a World Championship, or Championship level. There's a lot of change that happens and a lot that you need to take charge of yourself.

"This whole process has had its difficulties and challenges but has been an opportunity for Imani to grow into and she's really taken it."

Although Lansiquot's Olympic goals are on hold until July 23, the postponement of last year's Games did not stop her from having a successful 2020.

She graduated from King's College London with a degree in psychology and won her first British title over 100m.

She is now the fourth-fastest female in Britain and has wanted to compete in the Olympics since she was a young girl.

"It will be my first Olympic vest and that's what every young athlete is striving for. It's been my dream since I was watching Jessica Ennis cross the finish line in 2012 so just making the Olympic team is my biggest goal.

"I just want to do my absolute best. I've really thrown everything into this year. It's my first year out of degree and I just feel like I'm bringing a level of maturity that I haven't had before so I'm not leaving any stone unturned and I'm really just giving it my all.

"Whatever happens I'll be able to look back on the year and be really proud of myself."

Following the news that overseas spectators will not be allowed to enter Japan for the Olympic and Paralympic Games, she admits not having her family there will be hard.

"Whenever I race I have a clan of Lansiquots with me, everybody comes along. Just the thought of them not being able to be out there in Tokyo breaks my heart. They've all been saving for the last five years to make it.

"Health is paramount. It is really gutting to have a highlight of my life and not be able to share it with those I love the most. I'll make them proud from across the other side of the world.

"I would love to get a medal, especially in the relay. I think we're all gunning for gold at this point!" 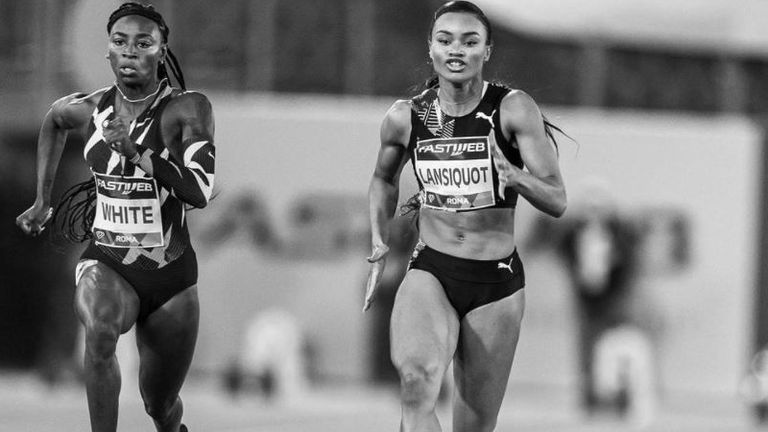 Outside of training and competitions, Lansiquot has taken up the role of Athlete Lead in British Athletics' Equality, Diversity and Inclusion Advocates Group.

The British sprinter suffered horrific racial abuse last year and is determined to turn her frustration into action.

"I have monthly meetings with British Athletics' ED&I group and it has been a really eye-opening experience for me.

"Last year with the death of George Floyd and the Black Lives Matter protests I was just really inspired to take action.

"It was very easy then to go online and be frustrated and complain but I really wanted to do something about it.

"Luckily Donna Fraser (former GB sprinter) gave me the opportunity to be a part of that group and take those frustrations and turn those into actionable goals, things that we as a federation can work towards.

"Even when I'm an old and grey athlete I want part of my legacy to be there and make the next Imani's experience so much better."