Leicester Riders guard and Minneapolis native Geno Crandall reflects on the George Floyd verdict: "It kind of felt like a weight being lifted off after a year of having to go through that entire process. At the same time it kind of made me think of 'what's next?'"

The attention of Leicester Riders guard and Minneapolis native Geno Crandall returned to matters closer to home this week as former police officer Derek Chauvin was unanimously convicted of the murder of George Floyd.

Chauvin was found guilty on three charges of second-degree murder, third-degree murder and second-degree manslaughter after 10 and a half hours of deliberations having been captured on film kneeling on the neck of Floyd for upwards of nine minutes during his arrest last May.

Crandall, witness to the anguish throughout the Minneapolis community and across the United States at the time, describes a sense of relief that justice was served, however insists there is still work to be done.

"I think that was a big thing for myself and a lot of community members in general in a step towards creating an environment of accountability in a sense with regards to those issues," he told Sky Sports.

"Just sitting around waiting for this, team-mates are talking about this, both the guys in my flat that I live with are talking about it and it felt like the whole world in a sense was watching, seeing what was going to happen. It kind of felt like a weight being lifted off after a year of having to go through that entire process. 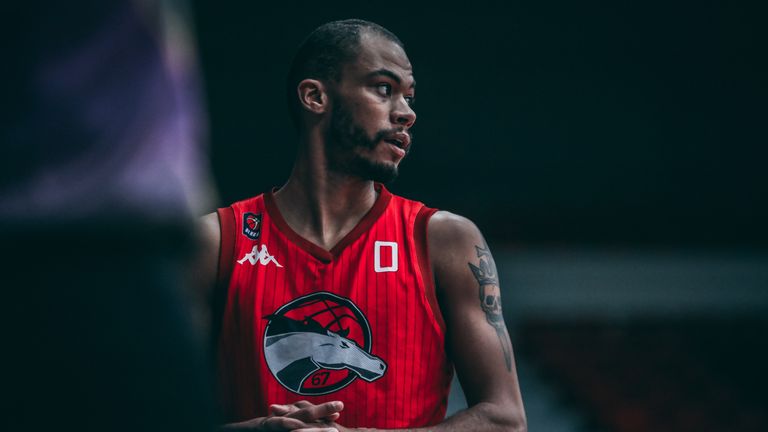 "At the same time it kind of made me think of 'what's next?', how do you stop that from being a flash in the pan situation where 'okay it's a one time thing, but how do you actually bring about change?'."

Crandall on the George Floyd verdict

"A person getting convicted for murder is what it is, but at the end of the day that's still just one person, one situation. How do you make it a thing where again you're fostering that environment of accountability versus just 'we got one guy one time'?"

For Crandall, the beating of Rodney King in 1991 remains an underlying fear in the pursuit of racial justice in regards to the four Los Angeles police officers responsible being acquitted despite the incident being caught on camera by a passer by.

He believes the uncertainty over whether justice would be served in the case of George Floyd, who was killed in broad daylight before multiple witnesses, is a reminder of the issues at hand.

"I think that's come to be somewhat the expectation," added Crandall. "The fact that you can have this video, all of these people that see something wrong, you see it and your eyes are telling you this is wrong, and still not know what's going to happen or what verdict is going to be reached." 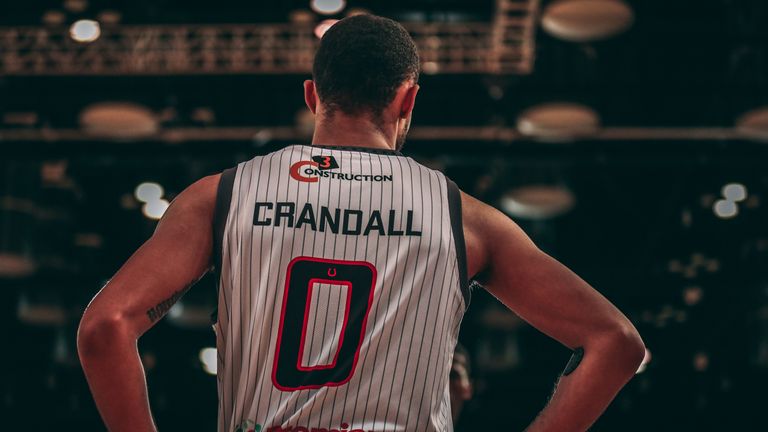 "To kind of have some disbelief when it did come about definitely speaks to the problem and the trust level I think communities have with the justice system as a whole."

Crandall discusses the uncertainty over justice being served

The 23-year-old played an admirable role in helping his community recover in the aftermath of widespread protests and rioting following the death of Floyd.

Having seen stores closed or destroyed and members of what is a low income area struggling to acquire basic resources, Crandall and two friends organised a donations and food drive that saw them collect between $30-$40,000 worth of food and supplies that were then distributed to the public from the parking lot of a nearby office building.

"We had this insane amount of volunteers coming to help, people dropping things off to donate, bagging things up, carrying it down the street for people to their homes," he said. "It was really just a group of friends that got together to say 'hey, we want to make a difference'.

"At the same time in the wake of George Floyd's murder and everything there was also the COVID virus so places were closed because of that and people were struggling to get those essential items. So it was extremely humbling to be in a position to be able to help out.

"It was an amazing experience and to this day something that sticks with me and has changed the way I look at the world and my purpose outside of basketball, it's like everyday 'okay, how can I help people?'."

As far as progressing the fight for racial justice and equality is concerned, Crandall jokes he 'hopes there are people out there smarter than him doing their best to answer those questions'.

He does, though, believe that education remains vital when it comes to expanding and forwarding conversations.

"It's in schools, in America so much of even your basic stuff you're learning in history classes is all eurocentric. It's like this is what British, France and Spain were and now this is what America is because of that. Even when you're doing the world history classes it's again mostly that.

"Once you get to World War One and Two you start talking about some places outside of Germany, Spain but I think it's those core countries we're learning about and that kind of shape our ideas and views as far as history goes. It somewhat dehumanises people when their only experience of black history is 'they were slaves, and then they weren't'.

"Any culture outside of those core European countries kind of have this partial history that is told and I think it dehumanises those cultures in a way and when you don't get that full story it's hard to fully grasp what that represents to people."

Crandall, who spent last season in the Czech Republic with Turi Svitavy, finds himself on the brink of silverware in his maiden season in the BBL, the Riders knowing wins over the Glasgow Rocks and Cheshire Phoenix this weekend will clinch them the Championship title.

The North Dakota and Gonzaga product has also propelled himself into MVP contention, averaging 16.2 points (7th) and 7.6 assists (2nd) per game so far this campaign.

Leicester head into Friday's matchup with Glasgow four points clear at the top of the table having played one game more than the second-placed London Lions.

"We've been handed a unique challenge in that sitting in first place and having to play all these games on the back end and having to win them," said Crandall.

"Some people are probably in the position towards the end of the year where they might have the league sewn up and might not have to play too many games or there might be a tie. We're in this weird position where we've been ahead for a while and it's like you don't want to stumble now.

"I think for us it's about doing the same things that we've done that got us in this position in the first place, not trying to change our approach or our attitude to anything.

The Riders are coming off the back of successive defeats to the Lions, who are riding a nine-game winning streak, and the fourth-placed Newcastle Eagles, both of whom promise to be among the leading contenders in the postseason.

"I think it was definitely a little bit of a wake up call in a sense that we are not where we need to be," admitted Crandall. "Those are two games where at points we closed the gap and had situations where we could win but weren't able to pull it out, so I think it sends us back to the drawing board in training a little bit.

"We have these next two games we want to take care of and get this regular season trophy and then moving forward to the playoffs, there's a very small margin for error just because of the playoff setup. It kind of does in a way say 'yeah, we've got to get it together'."

Watch the Leicester Riders against the Glasgow Rocks live on Sky Sports Mix from 7pm on Friday.