It caps a remarkable end for the duo who have won seven of the eight races in the Sprint Cup this year with Froggatt and Cheever impressing in the drivers' standings with five victories to their name.

Congrats to everyone at Saintéloc Racing and Sky Tempesta Racing 👏

In fact, the pair could have secured the title well before Sunday's final day had Froggatt not suffered misfortune in Saturday's race when his Ferrari skidded into the gravel early into the race at the Circuit de Catalunya.

It meant Froggatt and Cheever led the Pro-Am Cup standing with 112.5 points - 21 points ahead of AF Corse's Louis Machiels and Andrea Bertolini going into Sunday's Race 2. 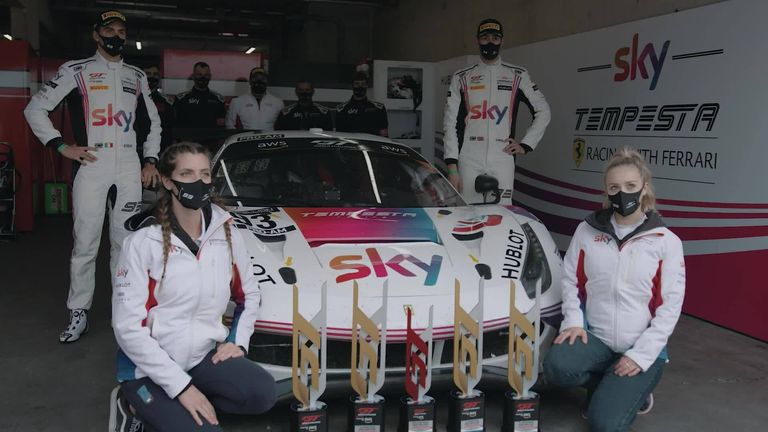 But today's victory extended the lead over Machiels and Bertolini by an unassailable 30 points going into today's third and final race .

On the race, Cheever said: "It was a crazy start, I had a super start and then someone hit me from behind and we came from last, got back in the pack and Chris (Froggatt) did the rest.

"He did amazing, overtaking the P1 car on the final corners - it was perfect and it is much better to win the Championship by winning the race as well."

An emotional Froggatt added: "I'm ecstatic - stressful at the beginning when I saw Eddie (Cheever) get hit and after yesterday I thought - not again.

"But we pushed through, we were lucky with the safety car bunching the cars up and I just tried my best and thankfully everything came out well."