"I had missed school and nights out with my mates. All this makes it feel worthwhile."

Gary Wilson continued his remarkable career resurrection by beating Ali Carter 13-9 and reaching the semi-finals of the World Championship for the first time.

The Wallsend 33-year-old spent six years off the tour and endured stints as a taxi driver, a bar man and a production line worker in a frozen foods factory before grasping his second chance in the sport.

And Wilson continued to make the most of his opportunity as a nerveless opening break of 117 paved the way to convert a 9-7 overnight advantage into a place in the Crucible's fabled one-table set-up.

Wilson said: "I dropped off the tour and I wasn't good enough to get back on. I was having all these uncertain times when I didn't know if I was going to be a pro again.

"I was desperate to get back on the tour and just scrape a living. So to go from that point to where I am now, in the one-table set-up, is absolutely amazing and the sort of thing you dream of." 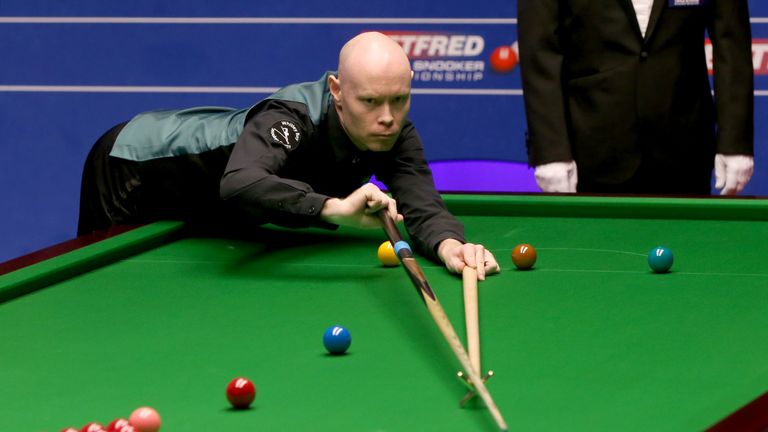 I'd been playing since I was eight years old and I had put my heart and soul into it. I had missed school and nights out with my mates. All this makes it feel worthwhile.

Wilson, whose only previous Crucible appearance saw a first round defeat to Ronnie O'Sullivan two years ago, had beaten Luca Brecel and former champion Mark Selby to reach the quarter-finals.

Reflecting on a now-guaranteed career-best payday of at least £100,000, Wilson added: "I remember situations when I was struggling for money and wondering what job I was going to do.

"I'd been playing since I was eight years old and I had put my heart and soul into it. I had missed school and nights out with my mates. All this makes it feel worthwhile."

Wilson will take on Judd Trump after he demolished Stephen Maguire 13-6 to book his place in the semi-finals at the Crucible.

Trump, who is targeting a place in his first world final since 2011, mocked Maguire's pre-match assertion that he was a "lucky" player by joking: "I got a lot of luck out there - I think that was the only reason I did win."

David Gilbert became the second player through to the semi-finals after completing a 13-8 victory over Kyren Wilson.

Gilbert began with a 10-6 overnight advantage and although Wilson briefly reduced the deficit, a missed black off its spot enabled the world No 16 to move closer to victory.

Another mistake by Wilson in the 21st frame let in Gilbert who missed a pair of match balls before finally prevailing.

He next plays John Higgins defeated pre-tournament favourite Neil Robertson 13-10 to reach the 10th semi-final of his career.

The 43-year-old drew on every inch of his fighting qualities to repel the Australian's bid to fight back from a 9-7 morning deficit.

Twice Robertson moved back to within one frame but Higgins kept his nose in front and finished in style with a 101 clearance in the last.

White's 39-year career appeared to be over after he suffered a 10-4 defeat to Carter in the second round of this year's qualifying competition.

But World Snooker chairman Barry Hearn said: "It was a no-brainer. We don't forget who we owe, and this sport owes Jimmy White."

For those on the move, we will have the World Snooker Championship covered via our website skysports.com/more-sports, our app for mobile devices and iPad or our Twitter account @skysportspool for latest news and reports.