Four-time world snooker champion Mark Selby vows never to give in to his critics, saying: "I was brought up on a council estate and my father had no money at all. He passed away when I was 16 and my mum left me when I was eight years old so I sort of respect the good things in life" 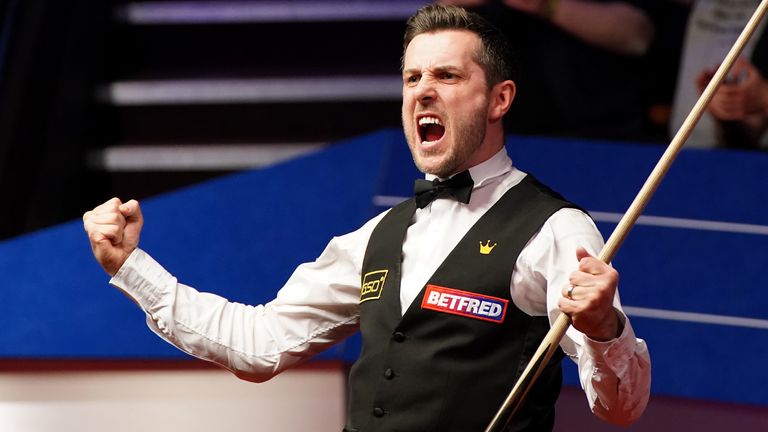 "I wasn't born with a cue in my hand." Mark Selby was raised on a council estate but the 'Jester from Leicester' has defied the critics by having the last laugh as he became a four-time world snooker champion.

Selby has chiselled his way through life and now back to the snooker summit after defeating Shaun Murphy 18-15 to join John Higgins as a four-time champion, punching the air after sinking the final black under immense pressure.

It truly is a rags to riches story after his mum left when he was eight years old and he then lost his father David to lung cancer when he was just 16.

Mark and his brother were forced out of their council flat with nothing. That moulded his granite persona as just months later aged 16 and 84 days, he became the youngest professional on the world snooker circuit.

In 2014, Selby realised his boyhood dream by becoming world snooker champion for the very first time. He has since followed it up with further victories in 2016, 2017 and he added a fourth title on Monday night at the Crucible in Sheffield.

Six-time former champion Steve Davis had cast Selby as a Dementor from the Harry Potter films, while seven-time world champion Stephen Hendry described him as 'snooker vampire', sucking all the life and adrenaline out of players.

Speaking to the press sitting alongside his daughter Sofia Maria, Selby said: "I don't know what Steve says because I've never really watched Harry Potter and the vampire's probably down to the fangs on my teeth, but other than that I don't know what they mean by it. I'm sure they mean it in a nice way.

"I'm not the most naturally gifted player. You look at Ronnie (O'Sullivan) and you look at (Judd) Trump, they're very, very talented, basically born with a cue in their hand, whereas me, I've had to work hard all the way through my career.

"I was brought up on a council estate and my father had no money at all. He passed away from I was 16 and my mum left me when I was eight years old so I sort of respect the good things in life and obviously try to keep my feet on the ground." 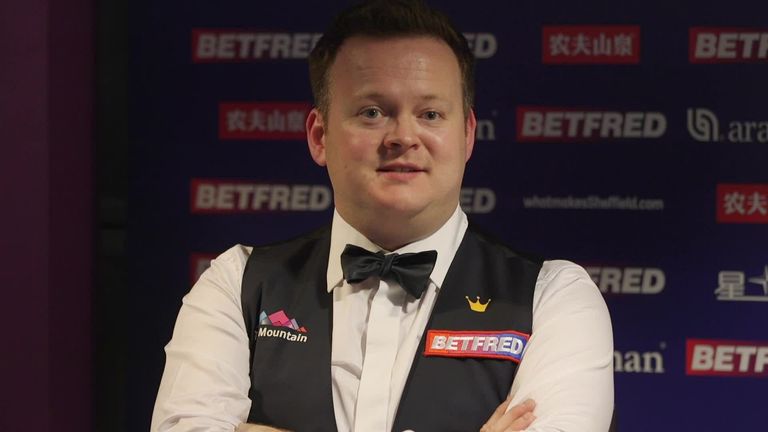 After winning his previous crown in 2017, Selby hastened a remarkable decline in form, crashing out in the first round as defending champion and surrendering his status as world No 1 after going over two and a half years without a British-based ranking title.

But talk of his demise proved premature as he clawed his way back towards the top, culminating in a dazzling return to top form this fortnight with another world title to make it a glittering 20 ranking titles in all, placing him seventh on the all-time list of ranking tournament wins.

Selby, who was world No 1 for more than four years continuously between February 2015 and March 2019, now has his sights set on chasing down Trump for top spot under the guidance of his coach, Chris Henry.

"I definitely feel in a better place mentally, on and off the table and I think that's down to Chris because I've been getting a bit fragile over the past few years, sorting doubting myself a little bit," Selby said. "He's put that to bed and got me believing in myself again.

"Obviously, you can't win this tournament if you're doubting yourself but a big thank you to him and a big shout out."

Selby revealed he had suicidal thoughts as a teenager earlier this year following the death of his father David in 1999.

He thanked his wife Vikki, a former Irish international pool player, and close family for helping through times when he was struggling.

"My past always flares up now and again and with snooker you have so many highs and lows," Selby said.

"When I was struggling and having the lows from snooker, all the other bad thoughts came back as well, and having my close friends and family around me telling me to dig in helped matters.

"At times you don't always think you're going to pick yourself back up, but thankfully they stood by me and here I am today."

Selby's latest success in Sheffield has raised the prospect of him chasing the likes of six-time winners Steve Davis and Ronnie O'Sullivan, and even Stephen Hendry on a record seven.

"To win three was unbelievable, and to now equal somebody like John Higgins, who is one of the all-time greats, is beyond my wildest dreams," added Selby.

"If you'd said to me when I was a young lad starting out that I'd be 37 years old with four world titles, I'd probably have laughed at you.

"But I'm not getting any younger and I've still got a long way to go to catch Stephen. You look at how good Ronnie is and he is still one behind, but I'm still in there with a chance."