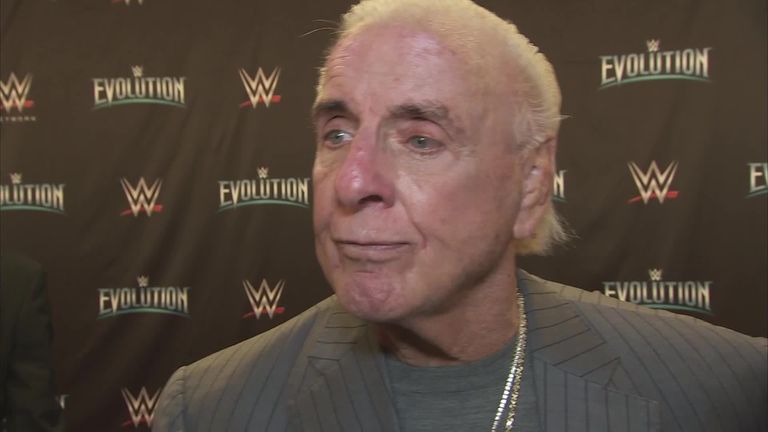 Ric Flair couldn't hide his emotions when thinking about the role his daughter Charlotte has played in leading the way in the women's evolution.

Flair, widely regarded as the greatest professional wrestlers of all time, is seeing his legacy recreated by his daughter, who has been a key player in WWE's improved platform for female competitors.

She has consistently led the way, featuring in many of the company's 'firsts' for women and at Evolution on Sunday night was involved in a last-woman-standing match against Becky Lynch which is a strong contender for 2018's match of the year.

Speaking exclusively to Sky Sports on the red carpet prior to Evolution, Flair became emotional when talking about the role Charlotte has played in the evolution of women's wrestling.

And he also revealed he sought advice from none other than 'Stone Cold' Steve Austin to discuss how quickly Ronda Rousey - a relatively late starter in wrestling - would adapt to life in WWE.

Click on the video above to watch the interview with the Nature Boy!