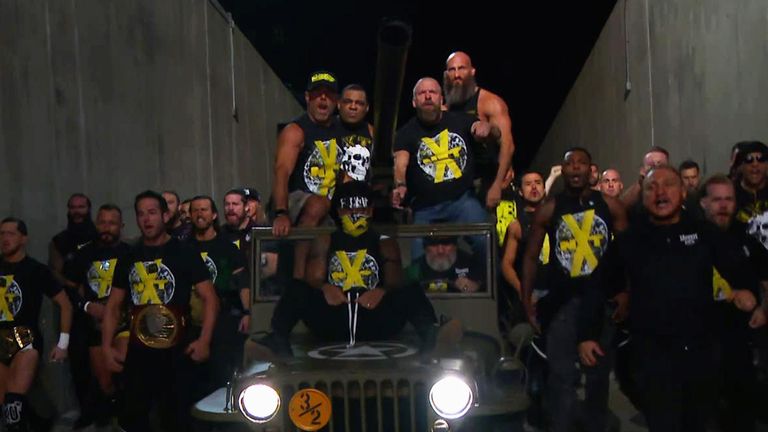 Triple H and Shawn Michaels fired up the D-Generation X tank for one final NXT invasion of SmackDown.

The Game famously rode the tank during an invasion angle during the so-called Monday Night Wars between WWF and WCW, arriving at a television taping for the latter's show Nitro in Norfolk, Virginia in April 1998.

And it was rolled out once again on last night's SmackDown as Triple H led his NXT 'troops' into a full-scale invasion of SmackDown as the show ended with a chaotic three-way brawl.

Roman Reigns, Mustafa Ali and Shorty G were celebrating after defeating Baron Corbin, Bobby Roode and Dolph Ziggler when Seth Rollins' music sounded and a Raw posse made its way through the crowd to do battle with their blue counterparts.

Reigns and Rollins will captain the men's SmackDown and Raw teams respectively at Survivor Series but the entire identity of the NXT squad is unknown at this stage. 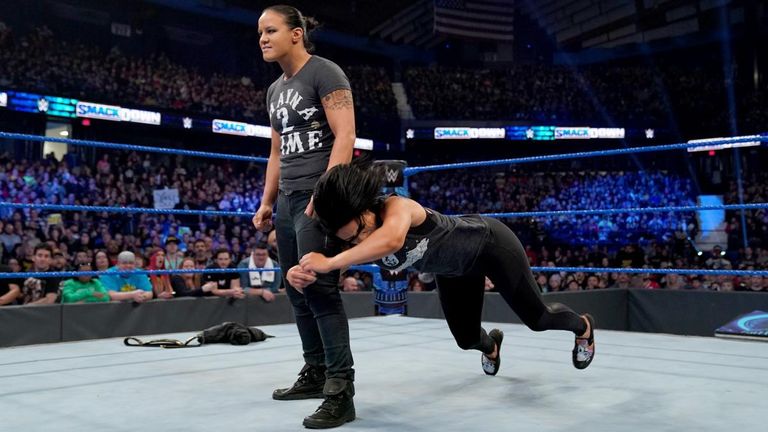 But that did not prevent them from striking a blow in the final stages of last night's SmackDown on what was a very good night for the black-and-gold brand.

Rhea Ripley was the surprise third addition in a women's triple threat match which also included Charlotte Flair and Sasha Banks and the rising Australian star picked up the win, pinning Flair while she had Banks in her Figure Eight submission hold. 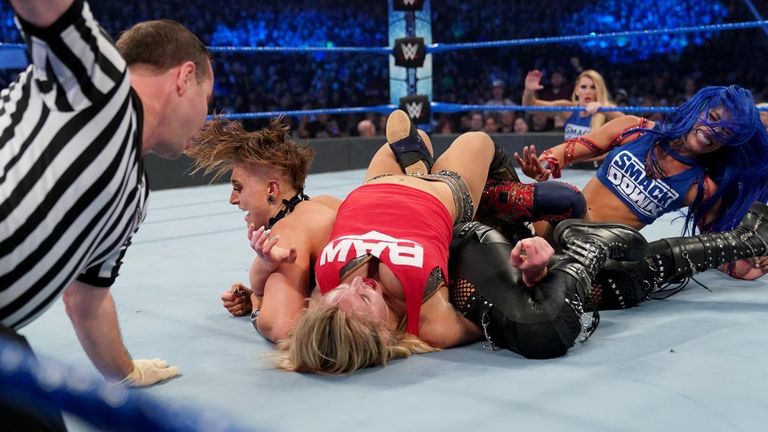 The Undisputed Era quartet of Adam Cole, Kyle O'Reilly, Bobby Fish and Roderick Strong also picked up a massive win by beating a combined team of The New Day and Heavy Machinery.

There was also another scuffle between Bayley and Shayna Baszler, but the real winners and losers will all be established on Sunday night as Survivor Series decides the winner in the three-way battle for brand supremacy.