Sky Sports' live coverage of the NBA continues on Thursday night when James Harden returns to Houston for the first time with his Brooklyn Nets - join us from 12.30am on Sky Sports Arena

The Houston Rockets will retire the No 13 jersey of former guard James Harden in honour of his time with the franchise, owner Tilman Fertitta has said.

The Rockets sent Harden to the Nets in January as part of a four-team deal that included the Cleveland Cavaliers and Indiana Pacers.

After eight seasons in Houston that included the 2018 Most Valuable Player award and three scoring titles, Harden wanted out of a franchise that he didn't see making a run for the NBA title.

Harden was named an All-Star in every season with the Rockets and holds the franchise records for three-point field goals made (2,029), free throws made (5,554) and assists (4,796).

Houston also made the playoffs every season during Harden's tenure with the team, having missed the postseason three years straight prior to his arrival. 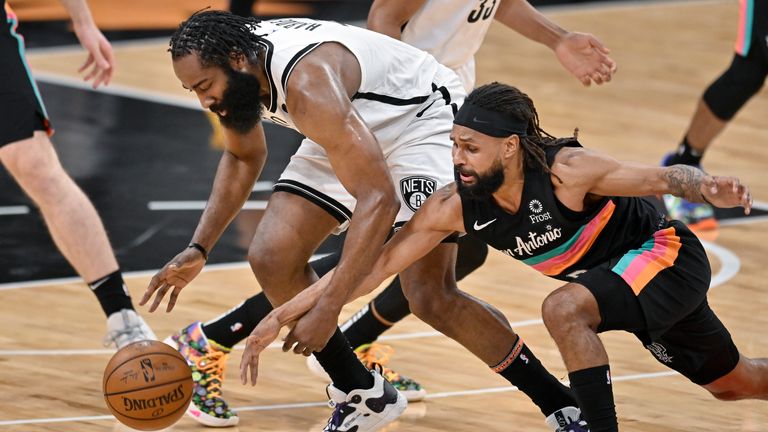 "James Harden will always be a Rocket," Fertitta told the Houston Chronicle. "Of course, we will retire his jersey. He made my first three years of owning the franchise unforgettable.

"The success he brought this franchise over eight years and the memories he created for our fan base/community truly remarkable."

Harden will return to Houston for the first time on Thursday night as the Rockets host Brooklyn.

He said he is ready for his return to Texas. "I'm excited to go back to Houston where I basically had an unbelievable career there," Harden said. "To get that love and respect, I'm excited to be playing in front of those fans."

EASTERN
CONFERENCE
PLAYER
OF
THE
𝐌𝐎𝐍𝐓𝐇

"He literally can do almost everything there is to do out there, and he's been a great leader for us," Nets coach Steve Nash said.

"He can control the game. He is a very smart defender. I think he's been outstanding as far as keeping his team on track - leading, talking things out, communicating. His passion for the game and willingness and want to win have been fantastic." 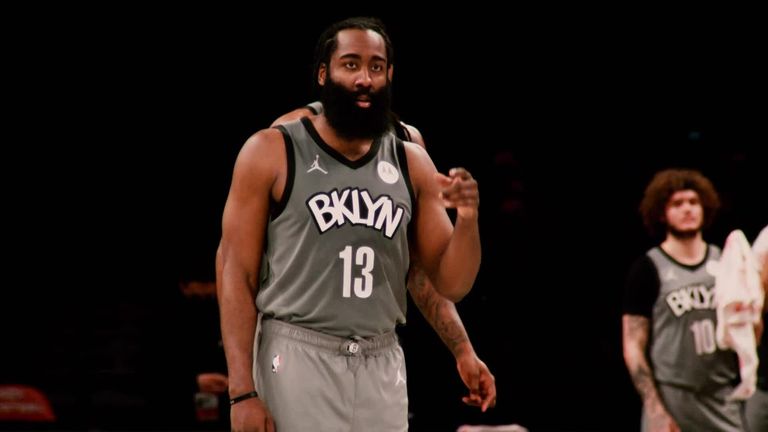 He has 19 double-doubles and seven triple-doubles - the latter the second-most by a player in Nets history.

Even though the Rockets have fallen to 11-22 and second-to-last place in the Western Conference without him, Harden added he is hopeful "those fans appreciated everything that I've done on the court and off the court," as some 4,500 wait to greet him Thursday night.