New York native Walker becomes the first Knicks player to notch a triple-double on Christmas Day, after being frozen out of the lineup earlier this month – the live NBA action continues on Boxing Day with Orlando Magic @ Miami Heat from 8.30pm, live on Sky Sports Football channel 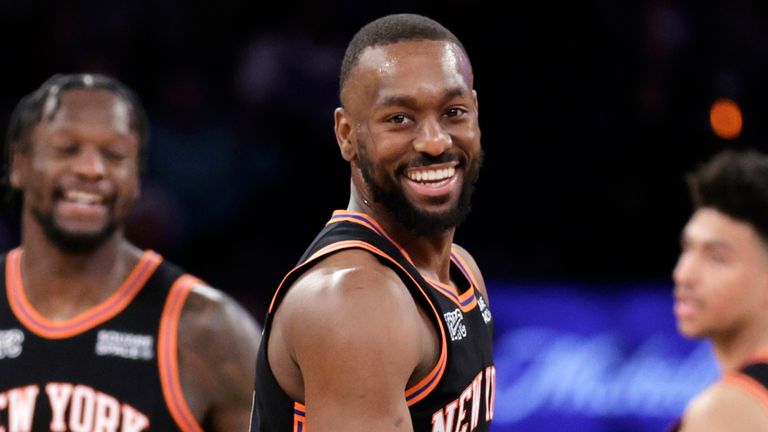 A fortnight ago, even in his wildest dreams Kemba Walker couldn't have imagined a Christmas Day like this.

At the beginning of December, New York Knicks coach Tom Thibodeau would not call his name – but on Saturday, his hometown fans were chanting it in Madison Square Garden as Walker made history with his hometown team.

He became the seventh NBA player with a triple-double on Christmas, and the first for the Knicks, as New York beat the depleted Atlanta Hawks 101-87 for their first win on the holiday in a decade.

"It was amazing," Walker said. "Those are moments that you dream about. It's kind of hard to put it into words, to be honest."

Walker finished with 10 points, 10 rebounds and 12 assists. The 6-foot guard raced around the floor trying desperately for his 10th rebound for much of the second half, finally getting it in the fourth quarter when Mitchell Robinson's block came to him. 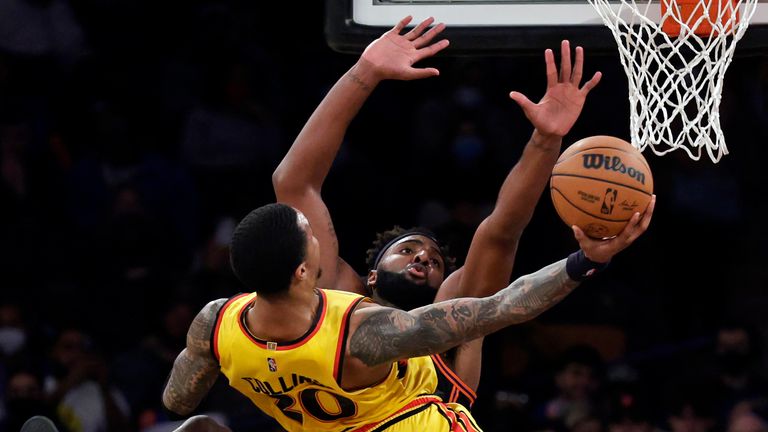 The former Charlotte Hornets star was the first of three players to record a triple-double on Christmas Day 2021, with James Harden and Russell Westbrook both doing so in the Brooklyn Nets' win over the Los Angeles Lakers later in the evening. His was the first triple-double on Christmas since Golden State's Draymond Green in 2017, continuing Walker's strong stretch since going from a nine-game stint out of the rotation to back in the starting lineup when the Knicks were short-handed.

Walker returned to action only a week ago, scoring 29 in a loss against the Boston Celtics. He then scored 21 in a win against the Detroit Pistons before breaking out for 44 points, nine rebounds and eight assists in the defeat against the Washington Wizards on Thursday night.

He then capped off a perfect Christmas week with the triple-double and the 'W' on Christmas Day and Walker admitted afterwards he could not have foreseen things turning so quickly.

"This is not how we pictured it," he said. "I ain't complaining, either."

Fans in the sold-out crowd chanted "Kemba Walker! Kemba Walker!" for the New York native, who scored 44 points in a loss to Washington on Thursday.

"As a team-mate, as a brother, I'm happy for him that he's able to come out and be who he is," Knicks forward Julius Randle said. "I'm sure when he signed to come here this is kind of what he envisioned, playing the type of basketball that he's playing right now."