Philadelphia 76ers guard Ben Simmons is doubtful to face the Detroit Pistons on Tuesday due to tightness in his back.

Simmons, who sat out most of 76ers' victory over the Orlando Magic on Saturday night having aggravated his back in the first quarter, missed shootaround on Tuesday morning.

Coach Brett Brown confirmed it was unlikely the 22-year-old Australian would feature in the Eastern Conference matchup. 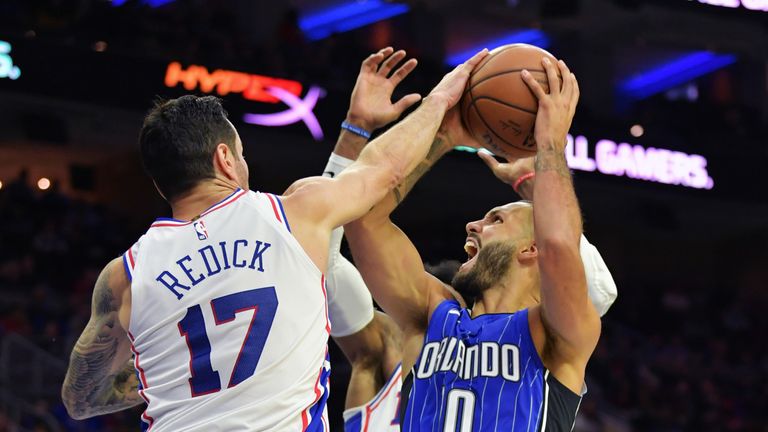 In Simmons' absence, T.J. McConnell will likely step in to share playmaking duties with Markelle Fultz.

The 76ers will also also be without wing Wilson Chandler, who Brown confirmed will also miss Thursday morning's trip to Milwaukee to face the Bucks, live on Sky Sports Arena from 2.30am.

Top pick in the 2016 draft, Simmons is a crucial piece for the 76ers and averaged 15 points, eight assists and eight rebounds per game last season.