Kevin Durant lit up Madison Square Garden as he exploded for 25 points in the fourth quarter to earn the Golden State Warriors a 128-100 win over the New York Knicks.

The Knicks kept pace with the defending NBA champions through three quarters and were tied 91-91 with 8:41 remaining in the game.

But Durant broke the game open as he racked up 25 of his 41 points in the final session.

A long-range three-pointer with 11:18 remaining kicked off Durant's outburst. He then added two points close to the basket from an attempted alley-oop pass. A drive to the basket produced an 'And 1' as Durant drew a foul from Enes Kanter before finishing the play. 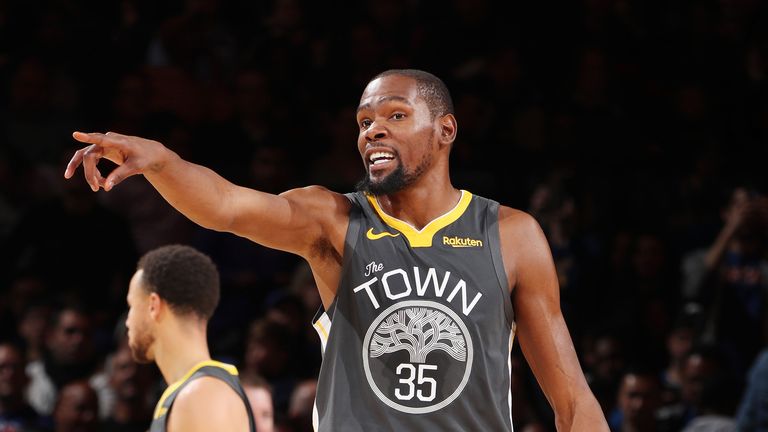 As the Warriors' lead grew, so did Durant's confidence. He knocked down a mid-range jumper to give Golden State a 10-point cushion before rounding the game off with two more three-balls, the first coming after he bamboozled Knicks forward Noah Vonleh with a delicious crossover dribble.