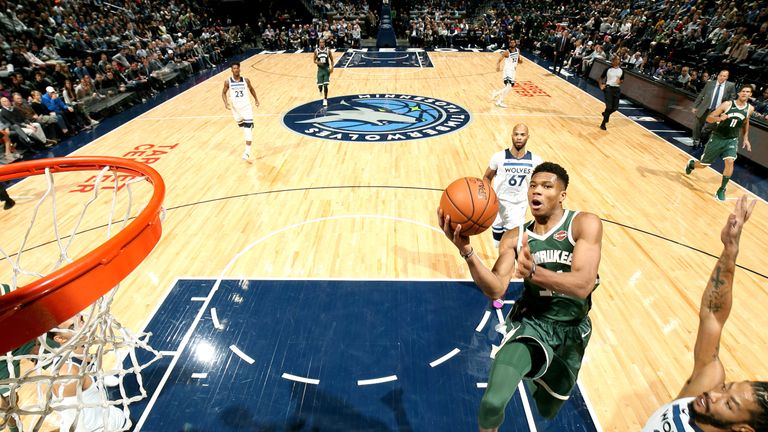 Check out the top ten plays from Friday night in the NBA.

Giannis Antetokounmpo’s dunk on Taj Gibson was one of the highlights of Friday night’s games as he helped the Milwaukee Bucks remain perfect this season.

'The Greek Freak' had 15 points and 12 rebounds in just 23 minutes against the Timberwolves (2-4) in a performance which included a vicious dunk over his opposite power forward Gibson.

Their 125-95 blowout victory takes their record to 5-0 for just the second time in franchise history.

There were a couple of eye-catching assists too from LA Clippers point guard Milos Teodosic in their 133-113 rout of the Houston Rockets (1-4).

His first was an NFL-like pass followed by a clever bounce pass through the legs of Carmelo Anthony. They were two of five assists for the Serbian - a game-high for the Clippers (3-2).

Watch all top 10 plays by clicking the video at the top of the page.