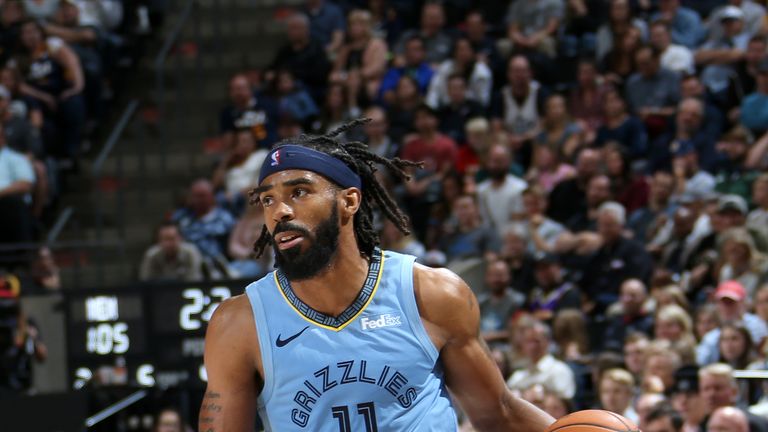 Check out the Top 10 plays from Friday night's action in the NBA.

Conley received the ball in his own half with 4.9 seconds remaining in the second quarter. He dribbled past Jazz forward Jae Crowder but found his progress halted by Utah defender Royce O'Neal five feet short of the three-point line.

With 1.1 seconds remaining and no passing options available, Conley side-stepped O'Neal and launched an arcing shot from way downtown, the ball leaving his hand with 0.4 seconds on the clock.

To Conley's joy, his buzzer-beating effort went in via the backboard to give the Grizzlies a 63-50 half-time lead.

Click the video at the top of the page to see Conley's long-distance buzzer-beater, plus nine more top plays from Friday's night NBA action.