The Boston Celtics produced their biggest win in franchise history with a 133-77 thrashing of the Chicago Bulls on Saturday. 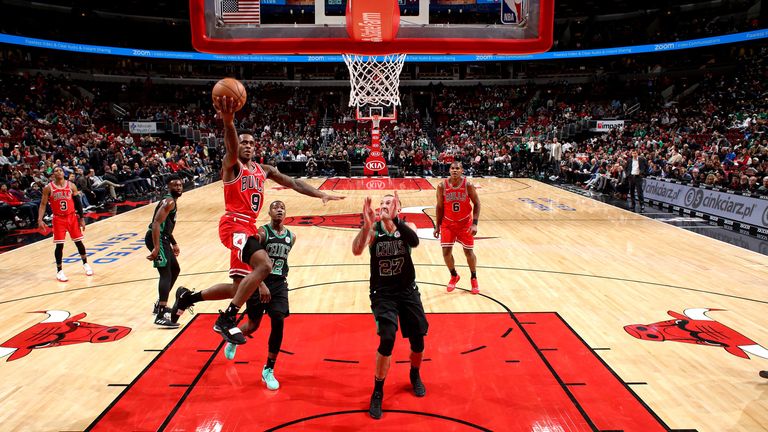 Jaylen Brown continued to excel from the bench as he led Boston with 23 points and Daniel Theis had a career-high 22 points as the improving Celtics extended their winning streak to five games.

The 56-point margin surpassed the 51 points by which the Celtics defeated the Philadelphia Warriors in March 1962, while it also tied the biggest win by an away team in the NBA, set by Seattle against at Houston in December 1986.

Jayson Tatum made all four of his three-point attempts while scoring 18 points. Terry Rozier added 15 points, Kyrie Irving and Semi Ojeleye each scored 13 and Marcus Morris tallied 12 for Boston.

Shaquille Harrison scored a career-best 20 points, Zach LaVine added 11 and Cameron Payne had 10 for the Bulls, who have lost eight of their last nine.

Boston was 22 of 43 from three-point range as Brown, Ojeleye and Rozier each knocked down three. The Celtics shot 53.8 per cent overall. 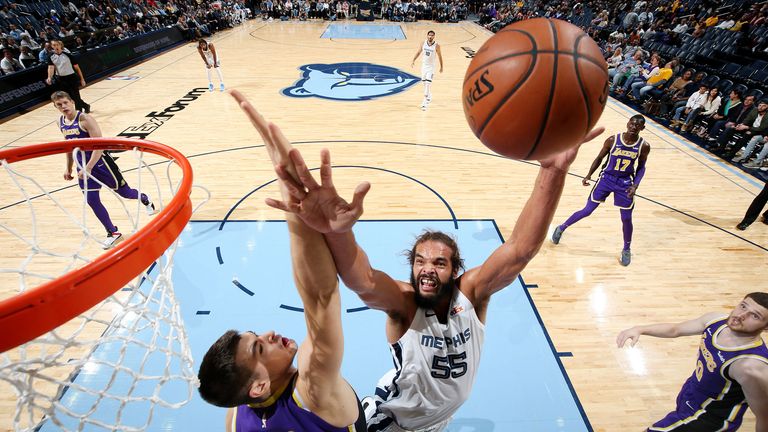 LeBron James scored 20 points, handed out nine assists and grabbed eight rebounds as the Los Angeles Lakers built a big lead early and cruised to a road victory over the Memphis Grizzlies.

Kyle Kuzma also scored 20 points as he, Josh Hart and Kentavious Caldwell-Pope each made four three-pointers as the Lakers went 16-41 from beyond the arc.

James's punctuated his strong all-round display with a thunderous third-period dunk that halted any hopes the Grizzlies might have had about making a big comeback.

Wayne Selden led the Grizzlies with 17 points off the bench. Mike Conley and Marc Gasol were non-factors, scoring 12 and 11 points, respectively.

The Lakers have now won five of their last six and improved to 16-10, having begun the game with the same record as the Grizzlies. 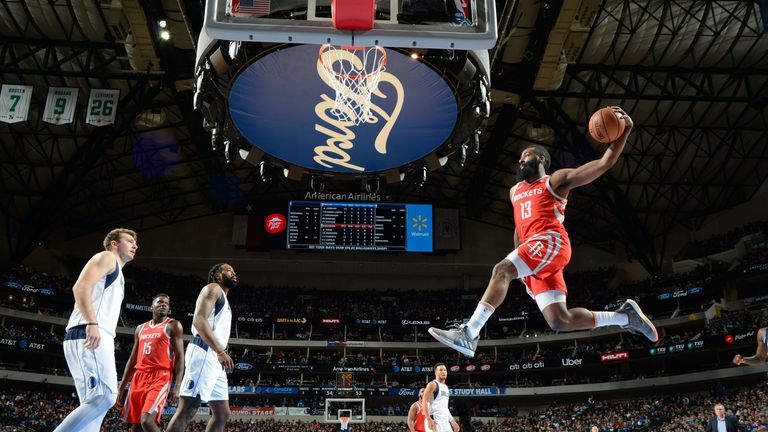 Rookie forward Luka Doncic inspired a late-game comeback with an individual scoring surge as the Dallas Mavericks extended their home-court winning streak to nine games with a victory over the Houston Rockets.

Doncic finished with 21 points and seven rebounds, scoring 11 consecutive points down the stretch after the Rockets had secured their largest lead of the game at 102-94.

James Harden had 35 points for the Rockets, who have lost seven of their last nine games. Chris Paul chipped in 23 points but misfired on a pair of free throws that would have stalled the Mavericks' late rally.

The Mavericks improve to 13-11, while the Rockets are just one place off the bottom of the Western Conference after falling to 11-14. Dwyane Wade led the Miami Heat with 25 points in his 1,000th career game to secure a road victory over the Los Angeles Clippers.

Justise Winslow added 21 as short-handed Miami used a huge fourth-quarter run to back up Friday night's win in Phoenix.

The Heat played with eight players for most of the game after guard Tyler Johnson left in the first quarter and did not return because of a left hip contusion. Guard Josh Richardson had been ruled out shortly before the game with a shoulder impingement.

Tobias Harris scored 20 points as the Clippers failed to move back into sole possession of the top spot in the Western Conference.

Lou Williams added 18 off the bench for Los Angeles, as its NBA-best nine-game home winning streak came to an end.

Wade also had six assists and six rebounds as he made five of his 10 three-point attempts in one of the best displays so far in his final NBA season. 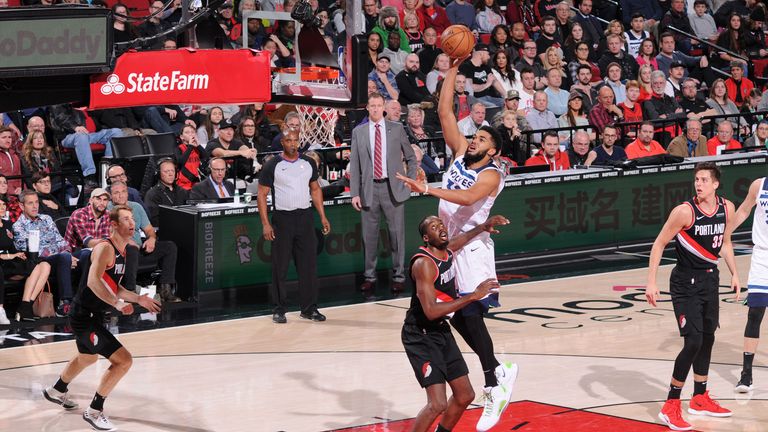 With the score tied at 105, Lillard hit a three-pointer off the dribble before setting up his backcourt partner C.J. McCollum for another to put Portland in control. 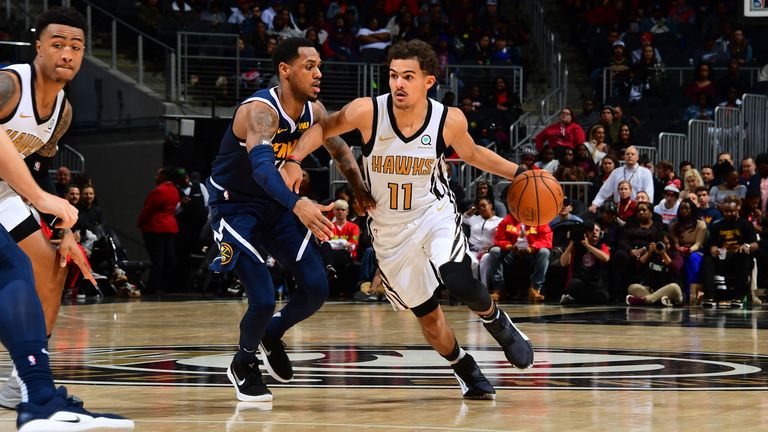 Collins was 12-for-20 from the field, including 3-6 from three-point range, and had 12 rebounds to go along with five assists.

The Nuggets were led by center Nikola Jokic, who had 24 points, 11 rebounds and seven assists.

Denver also got 17 points and 10 rebounds from Juancho Hernangomez, and Malik Beasley came off the bench to score 19 points. 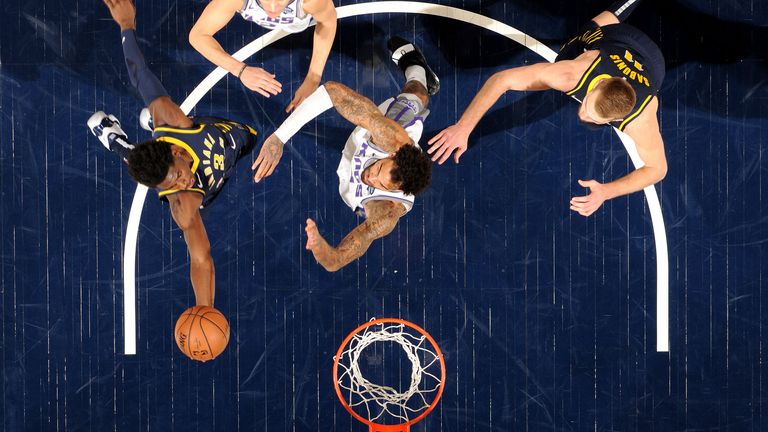 Doug McDermott came up with a pair of crucial fourth-quarter three-pointers to hold off comeback attempts from the Sacramento Kings and earn victory for the Indiana Pacers.

Thaddeus Young had a game-high-tying 20 points to lead seven players in double figures for the Pacers, who backed up Friday's 112-90 romp at Orlando with a third straight win.

McDermott only had 10 points in total, but his two makes from deep In the space 34 seconds gave the Pacers a four-point lead that it then never looked like relinquishing.

Buddy Hield equalled Young's point total with 20 for the Kings, whose three-game winning streak came to an end.

The Pacers remain fourth in the Eastern Conference with a 16-10 record, while the Kings fell to 13-12. 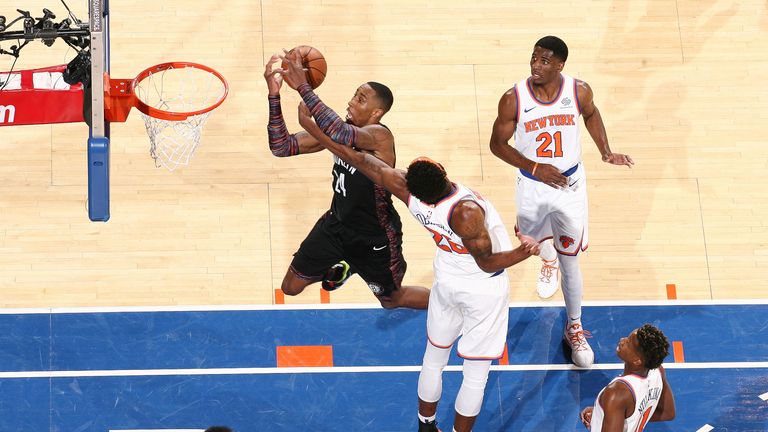 Spencer Dinwiddie scored 25 points from the bench to help the Brooklyn Nets rid themselves of a dubious losing streak with a victory over the New York Knicks.

Reserve guard Dinwiddie scored 17 of his 25 points after halftime as he repeatedly reached the rim unimpeded and shot 10-for-17 from the field.

His latest productive outing helped the Nets get a road win on the second night of a back-to-back, ending a 33-game skid in that department that tied an NBA record and dated back to Dec. 21, 2015, at Chicago.

Rondae Hollis-Jefferson scored 20 points as the Nets stopped another unwanted streak by getting consecutive wins for the first time since victories over Phoenix and Denver in early November.

Enes Kanter led the Knicks with 23 points and 14 rebounds, but that was not enough to prevent a third consecutive loss as they fell to 8-19 for the season. The Nets are 10-18. 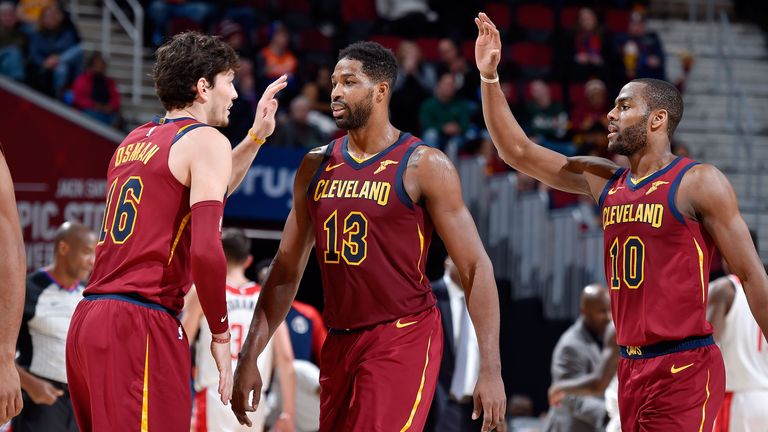 Tristan Thompson had a huge impact with 23 points and 19 rebounds as the Cavaliers made light of playing the second of back-to-back fixtures.

Alec Burks scored 14 points for the Cavaliers who have won four of their last ten games to improve to 6-20 after a very slow start to the season.

John Wall returned after missing Wednesday's game in Atlanta for personal reasons, but was a long way from his best as he went 0-for-5 from the field and scored one point in 26 minutes.