Joel Embiid got Friday night off for "rest," but the Philadelphia 76ers star said that's not what he needs to fix his lagging production.

The center is logging a career-high 34.3 minutes per game this season, but he told philly.com on Friday that is not why his production has dipped in recent weeks.

Want the latest NBA news, features highlights on your phone? Find out more

"My body feels great, it's just I haven't been playing well," Embiid said. Instead, he pointed to a changed role since the arrival of Jimmy Butler in a trade with the Minnesota Timberwolves.

Embiid had started all 26 games for the Sixers this season before Friday's win over the Detroit Pistons. He's averaging career bests in points (26.3), rebounds (13.3) and assists (3.6).

But his numbers are trending down since Butler joined the team. Embiid scored 28.2 points per game before the trade, but just 23.8 since. His field goal percentage (from 48.4 to 43.1) and three-point shooting (30.2 to 27.3) also took hits, according to ESPN. 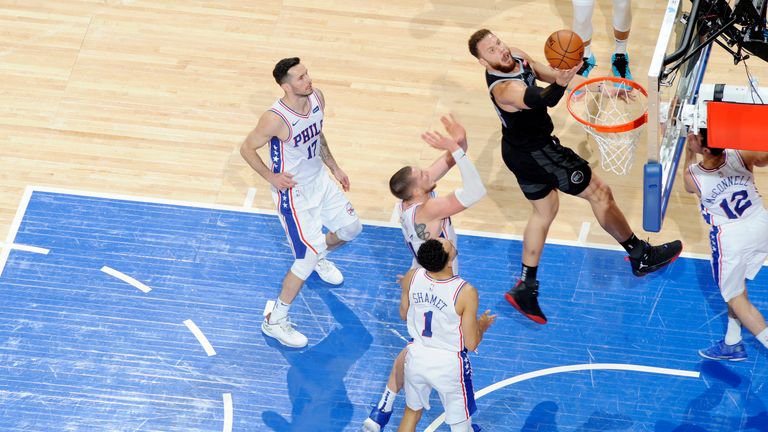 "I think it's mainly because of the way I've been used, which is I'm being used as a spacer, I guess, a stretch-5, which I'm only shooting (an overall) 29 per cent from three-point range," he said.

"But it seems like the past couple games, like with the way I play, our setup, (coach Brett Brown) always has me starting on the perimeter...and it just really frustrates me."

Sky Sports is the home of the NBA in the UK with live coverage throughout the week, including selected live games free to all Sky subscribers via Sky Sports Mix.