The Milwaukee Bucks lead the NBA with a 42-14 record. Widely expected to be a good team before the season, it turns out they are actually somewhat great. And it is the superstar play of Giannis Antetokounmpo that is behind it all, writes Mark Deeks.

When he entered the league, Antetokounmpo was a wiry, athletic, raw ball of potential. He possessed all the tools that talent scouts and general managers look for - length, defensive instincts, and an uncut skill set that had perimeter abilities in a four-man's body. But it takes a lot more than mere time and hope for potential to become reality.

Projectability must one day turn into something.

A good many players of similar intrigue have passed through the NBA machine in recent years, and for the most part, they have not realised that potential. None of them came from the remote wilderness of the Greek second division like Antetokounmpo did.

Aside from some camp and workout performances, he was as untested as could be.

Projections for Giannis back then relied upon him being able to develop at, essentially, everything. He wanted to be a ball handler, but his handle was too loose and needed tightening up. He struggled to make any shot that wasn't a dunk. He needed to know quite what to do with the length and athleticism that he possessed, and what kind of player he both could and should be, on both ends of the court.

It was a lot to ask, and while his ceiling as a prospect was foreseen to be sky high, his floor was extremely low.

Since then, though, he has surpassed all but the most ambitious of projections. Amid a truly phenomenal season, Giannis, simply, is a top three player in the NBA today.

On the year to date, Antetokounmpo is averaging 27.1 points, 12.6 rebounds, 5.9 assists, 1.4 steals and 1.4 blocks per game. He is second in win shares, third in PER (Player Efficiency Rating), seventh in scoring, sixth in rebounding, 23rd in assists, 19th in true shooting percentage, and second in VORP (Value Over Replacement Player). 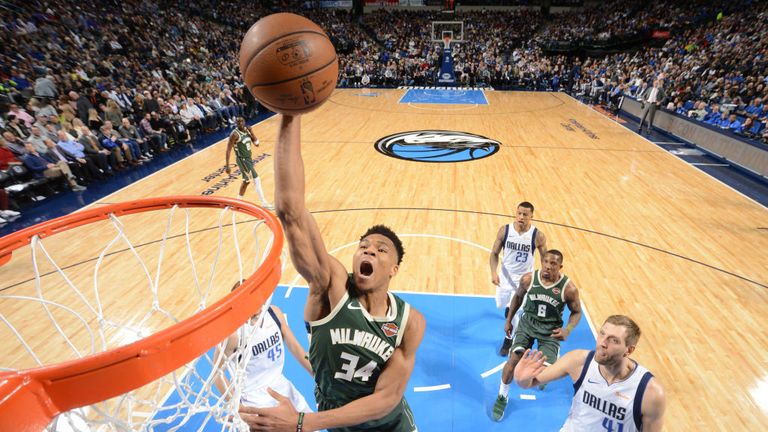 When we further consider that all of the impact-counting statistics available are biased towards offensive ability (given how much easier it is to count), thus meaning he is even more valuable than any numbers can tell us once his multi-positional elite defense is accounted for, the impact starts to become clear.

Antetokounmpo has become an offensive star through the development of his awareness and the ball-handling skills that make him a relentless attacker of the painted area. He shoots a staggering 77.6 per cent at the basket, and these are not put-backs, lob passes or dump-off finishes. Rather, these are cuts and drives to the hoop, usually with the ball in tow.

Giannis is unstoppable in transition and semi-transition, and because of his length and mobility, a lot of possessions that would not be transition opportunities for normal players become so for him. He takes nearly 10 shots per game right at the rim, and that is only possible if he is able to get there that frequently.

Defensively, he really can defend every position in a way not seen since perhaps Scottie Pippen's prime.

In addition to the skills development and quickly-developed basketball IQ, Giannis has also developed his body. The spindly pile of limbs that entered the league is now a 'beeftank' of a man, a gasworks on wheels, a freight train with the agility of a grasshopper. A 'grasshooper', if you will. 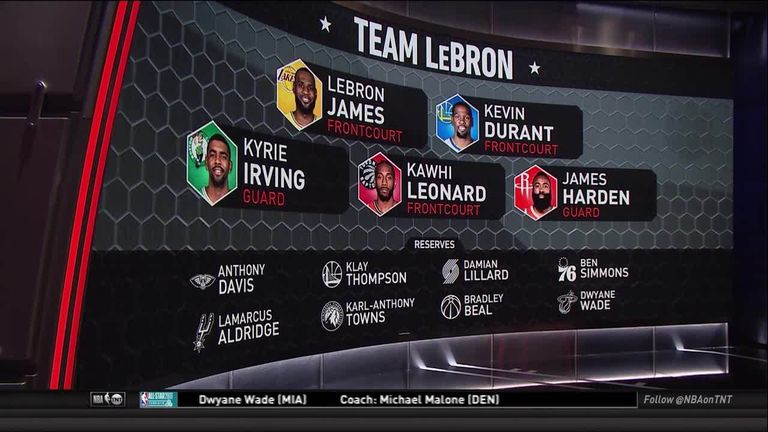 One skill, however, still eludes him. The one skill that is most en vogue right now, as it happens; outside shooting.

Giannis's best season from three-point range remains his rookie campaign. That year, he shot 41-118 from there, a 34.7 per cent clip that would suffice had he sustained it. Instead, however, Giannis's only other season above the 30 per cent three-point mark was the 30.7 per cent he shot last season, on a similar 43-140 shooting. And this season, he is shooting only 27-126 for 21.6 per cent from downtown.

There is no upward trend to be found in his shooting, save for the increased volume of it. An optimist might point to the 40.6 per cent mark he is shooting between 16 feet and the three-point line as evidence of an overall shooting improvement, up as it is from 34.7 per cent last season.

Yet this increase is more due to the far reduced number of attempts in Mike Budenholzer's new, better offense - the three-point mark has decreased by more than the mid-range mark has increased. Six years in, Giannis still cannot shoot from outside to an average NBA standard, and there are little signs of progress.

In theory, if Antetokounmpo could shoot as well as do everything else he does… oh boy. Imagine a world in which the same Giannis who is unstoppable heading to the rim in semi-transition can also stop and hit a pull-up on those rare occasions he cannot ride his long stride the whole way to the basket. 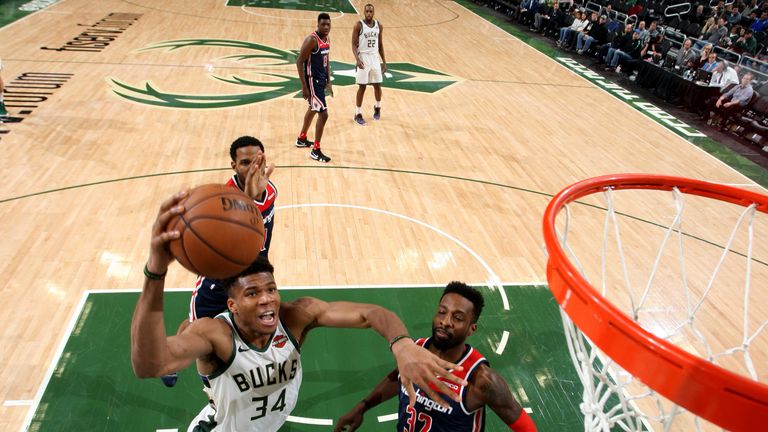 Imagine if he was good enough of a catch-and-shoot player to hit those open perimeter looks, to the point that opponents have to try and run him off the line. Imagine the opportunities that this added gravity could create. Even he is only ever an average three-point shooter, akin to someone like prime-career Rudy Gay, the possibilities would be endless.

But in practice, it doesn't matter.

The above theory has its origins in the belief that having every physical tool and every piece of basketball skill possible would make Antetokounmpo as an individual unstoppable. But Antetokounmpo is plenty unstoppable as it is. He does not need a completed skill-set to be that. He just needs to do what he does best, as often as he can do it. Others can cover for his shortcoming.

It is true that having a superstar with one distinct flaw like this means needing to flank him with the perfect collection of complementary players. The Philadelphia 76ers are finding this with their otherwise-sensational pairing of Ben Simmons and Joel Embiid - Simmons being a complete non-shooter (even less of one than Giannis) means having to find a perfect balance of floor spacing and on-ball shot creation elsewhere. They are hoping they have done it with their in-season trades, first for Jimmy Butler and latterly for Tobias Harris, yet it is a fine balance to strike. 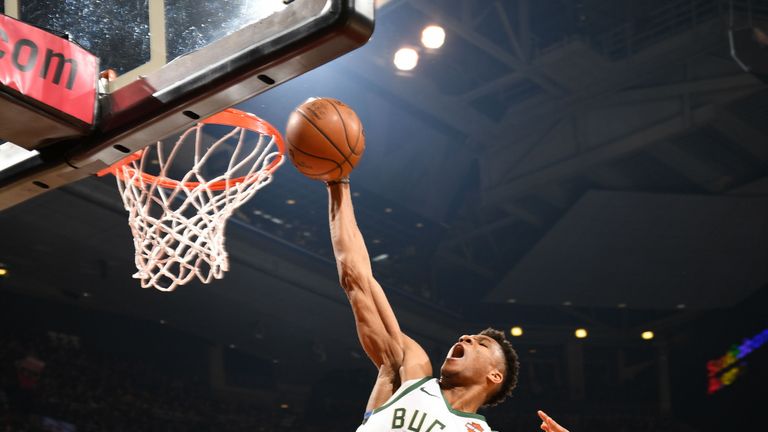 Similarly, while the Pelicans have had the prodigious talent of Anthony Davis for six and a half seasons, they have been unable to put a winning team around him - as good as Davis is, he is best served offensively as the ultimate finisher, and defensively needs disruptive guards and a big post body to get him into the free-roaming role that serves him best. That is not easy to get. Having a superstar talent does not immediately make you a contender, unless that player is LeBron James.

It is also true however that the Bucks have pretty much done that. Once they added the elite stretch-center threat of Brook Lopez, and the coaching nous of Budenholzer, the floor properly opened up.

The backcourt of Eric Bledsoe and Malcolm Brogdon provide the right complement of driving, spacing and off-court play, while Khris Middleton's excellence as a complimentary player saw him make this year's All-Star game.

Along with bench assistance from George Hill, Tony Snell and Nikola Mirotic, the Bucks offer plenty of help for Antetokounmpo in ways that cohere nicely with his talent. And which also may allow him to rest down the stretch of the regular in anticipation of an NBA Finals bid.

So, yes, it would be nice if Giannis Antetokounmpo could shoot better. It would also have been nice if Shaquille O'Neal could have made turnaround 20-foot jump shots. But he did not need to, and nor does Giannis.

If he can make enough open looks to not be Simmons, make enough foul shots to not be Shaq, keep doing what he does best, and have the four players around him, Antetokounmpo will be unstoppable despite his one glaring weakness.

Indeed, he already is.