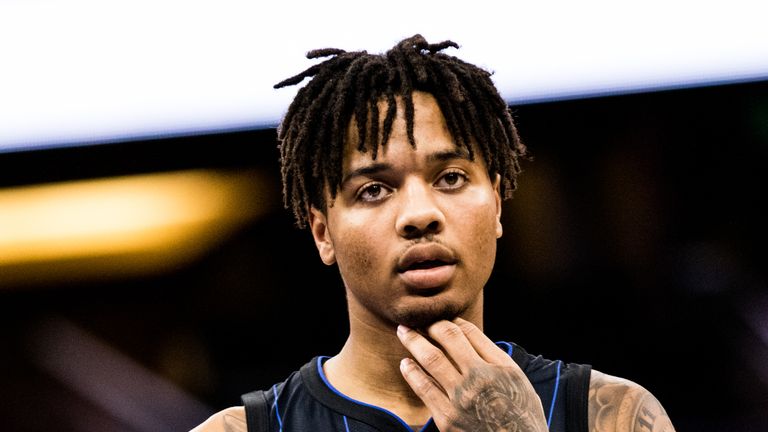 Orlando Magic's Markelle Fultz was in fine form on Sunday, the highlight being this steal and transition dunk which proved vital in his team's victory

Orlando Magic guard Markelle Fultz posted a new career-high in points and made a vital play late in the fourth quarter of his team's win over the Washington Wizards.

.Fultz scored 19 points on an impressive 8-of-10 shooting (2-of-3 on three-pointers) in 26 minutes against the Wizards.

He also made an important steal and then threw the ball down over Davis Bertans one-handed, while picking up a foul and converting the extra point in the 125-121 victory for his team at the Amway Center.

It came at a vital time as Washington were on a big fourth-quarter run and had closed to within three points. But after Fultz's contribution, Orlando was able to see it out for a third successive win to end their home stand. 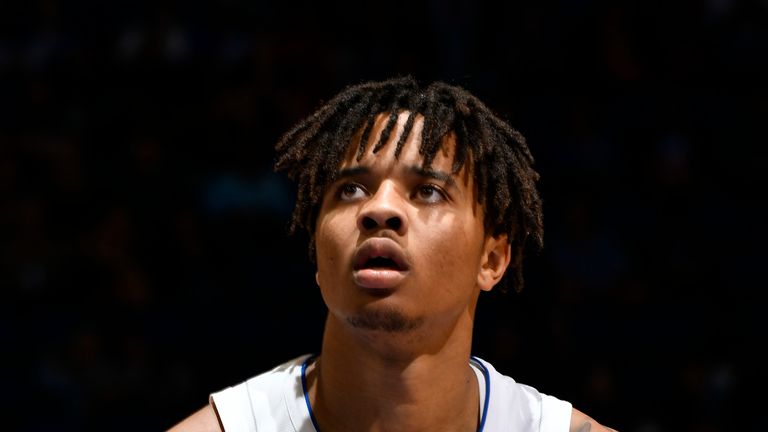 Nikola Vucevic praises the impact that Markelle Fultz has had since arriving in Orlando.

All-Star team-mate Nicola Vucevic said: "He played well tonight, made a big play towards the end with that steal and the 'and-one' dunk.

"It's going to take him time to get back to 100 per cent and feel comfortable out there all the way. When you don't play for two years it's hard.

This breakout performance is the latest step in a personal redemption story for the top pick of the 2017 NBA draft after the turbulent spell he endured at the Philadelphia 76ers after a condition called thoracic outlet syndrome compromised his ability to shoot. 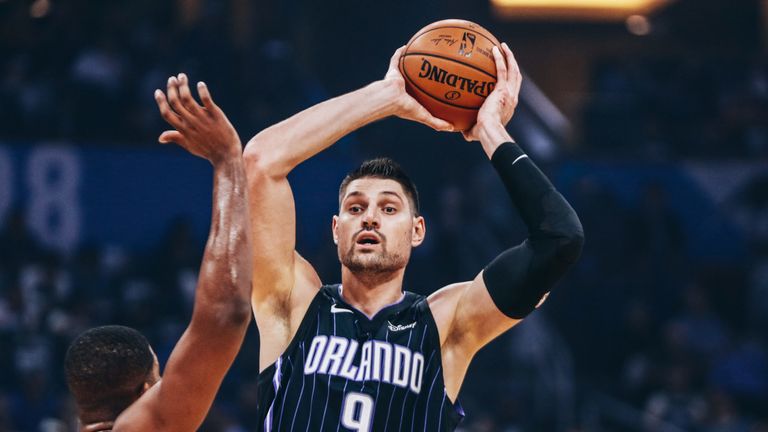 Although he didn't feature much for the Sixers during his time in Philly, Fultz's game was scrutinised to the finest detail and many were declaring a massive draft bust despite the prevalent health problems.

When the Magic traded two second round draft picks and Jonathan Simmons to pick him up last season, nobody expected very much of Fultz.

Orlando afforded him the time he needed to get healthy before joining Steve Clifford's group for the start of this season.

"I'm just feeling better," Fultz said. "I took the time in the summer to rehab, and get everything right physically. Each game out there, I'm feeling more and more better and it's showing in my play and I'm just going to keep going."

Through 13 games with the Magic, the 21-year-old is averaging 10.5 points on 48.6 percent shooting with 3.1 assists and 2.2 rebounds per game. He is already his team's best backcourt passer, possessing great vision and technique, and his ability to drive to the rim with pace and power is something the Magic have lacked from the point guard spot for a while. Fultz is thriving on the fast break in particular. He has an impressive 3-to-1 assist-to-turnover ratio in transition, and of the 58 players who have had at least 15 opportunities as the ballhandler in transition - as he did in the final seconds against Washington - none have averaged more points per possession on these looks than Fultz.

It seems that the Magic suits him perfectly and he suits the Magic and Fultz admitted that having the support of the front office was key to ensuring that he recovered properly and managed to find his form again.

Fultz said: "It makes everything better. As soon as I got here, everyone was here with open arms but not babying me, just wanting me to get healthy so I can help the team.

"I just worked extremely hard, I've been doubted my whole life, since high school, middle school, growing up and I just know hard work will always get you to where you want to go and I've just stayed with it and just keep working hard.

"Everybody wants to win, so [are] just pushing me to get better on the court and still being there to support me and I think it's huge, I think it shows when we're out there playing."