James raises his game against rookies, notching 13th triple-double of season on Sunday.

First it was Ja Morant, then it was Zion Williamson. Each prized rookie received whispers of wisdom from the most celebrated man in basketball over the weekend.

At age 35, LeBron James is passing on titbits of knowledge he has accumulated over the past 17 seasons to teenagers looking to blaze their own trails in the NBA. 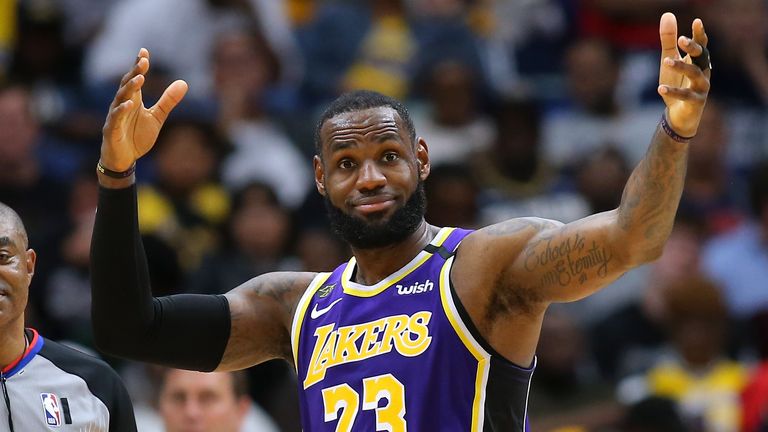 Lebron James scores 34 points with 12 rebounds and 13 assists to help the LA Lakers to a second win over the New Orleans Pelicans in a week.
Get NBA news on your phone

James approached Williamson, the much-hyped No 1 pick from Duke University, and spoke with him briefly on the court after the final horn.

"It's just my responsibility. No one told me to do that," James said. "You see all these guys - these young guys. You know, the league is in a very good place and if I'm able to give my wisdom of the game, pass it down while I'm playing or after I'm playing, I feel like it's my job. 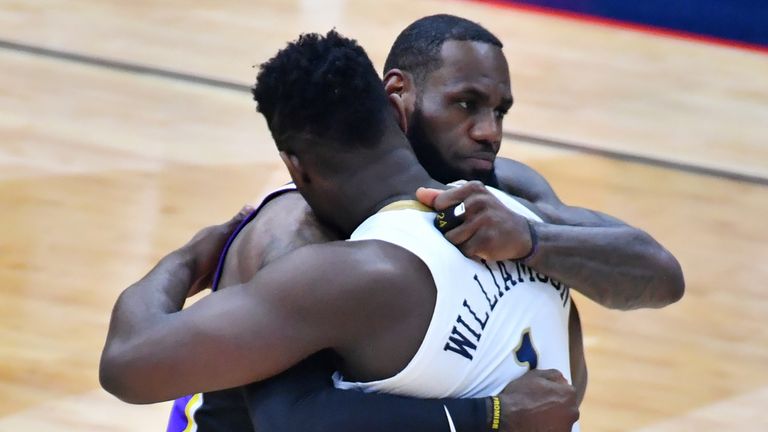 Lebron James sees that all the new talent has the same passion as he had at the start of his career and believes the NBA is in safe hands for the future.

"The game has just given me so much since I started playing when I was 8 years old."

Williamson said James' decision to approach him "definitely means something because he's been doing this for 17 years, and his resume speaks for itself."

Williamson finished with 35 points, but his largely productive and highlight-filled night was marred somewhat by six turnovers. 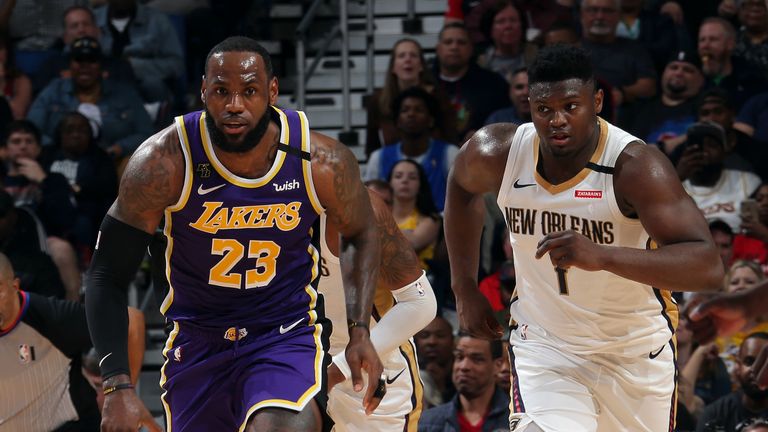 Highlights of the LA Lakers' clash with the New Orleans Pelicans in Week 19 of the NBA.

Although he plays the role of mentor, there appears to be no doubt that James relishes playing against heralded rookies a fraction of his age. He scored 40 for the first time this season when he faced Williamson for the first time last month.

On Sunday in New Orleans, he notched his 13th triple-double of the season.

"Obviously, spectacular performance by LeBron James," Lakers coach Frank Vogel said. "His shot-making was ridiculous from both in the post, with turnaround jump shots, and at the 3-point line.

"When they brought double-teams, he is one of the best passers in the league," Vogel added. "He showed it tonight and picked their defense apart." 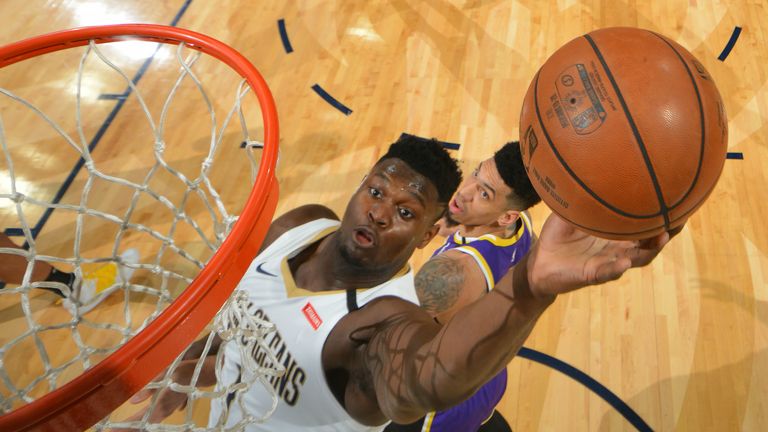 Zion Williamson scores 35 points, his best in the NBA to no avail as the New Orleans Pelicans lose out to the LA Lakers.

James punished the Pelicans on consecutive possessions in the fourth quarter when double-teams arrived late, beating guard and former teammate Josh Hart with explosive dribble drives for a dunk and a layup.

His dominance served as an emphatic encore to his season-high 40 points in a victory over New Orleans six days earlier in Los Angeles.

"He just controls the whole game," Pelicans coach Alvin Gentry said. "You go down and double him, and he finds the open pass for three.

"If you don't double him, he's so strong and so skilled that he just lays the ball in the basket ... I'm just amazed that they talk about anybody other than him for MVP."

"He is who he is - incredible player," Williamson said of James. "I give respect when it's due. He hit a big shot and it helped them seal the game."

On Saturday, James faced Morant and the Memphis Grizzlies for the fourth time this season, and for the first time came away with a loss, going down 105-85.

Though James spoke to Morant after the game, and noted that he was "super special" to reporters, he recalled a funny anecdote that took place over the summer when he hosted 20-year-old Darius Garland and 19-year-old Darius Bazley.

Join Ovie, Mo and Jaydee live on YouTube for Heatcheck, every Tuesday at 5:30pm

The two NBA youths respectfully refered to James' wife as "Auntie Savannah", which she bristled at.

"She didn't particularly like that, because my wife, she's been 21 for the last 20 years," James quipped.