With the New Orleans Pelicans eliminated from the playoff race, Zion Williamson has likely already played his final game of the season. In his 24 appearances, he proved the hype around him is valid - but he also has plenty to work on this offseason.

Back in January, Williamson made his overdue NBA debut. Having missed the first 44 games of his rookie campaign through injury, he was the talk of the league that night.

It was not the smoothest debut in the world. Indeed, for the first three quarters of the game, Zion did little, looking noticeably rusty and out of step with the team around him who had been getting used to his absence for some weeks. Nevertheless, he came alive in the fourth quarter, and everyone took note. 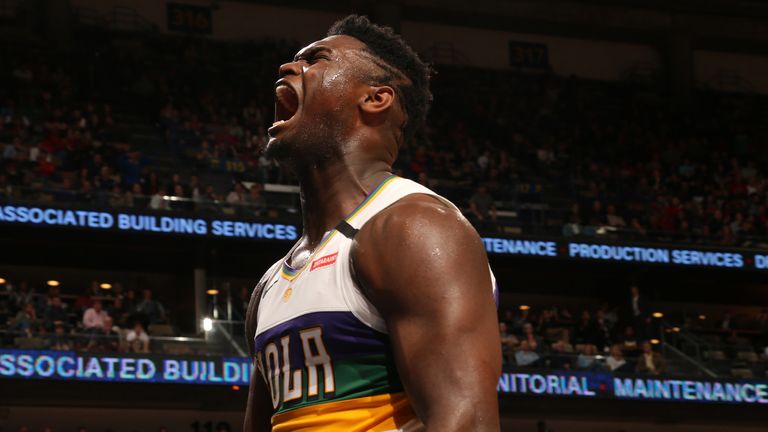 The hype surrounding Zion that night and this season was justified given how he had performed in his college career. Not only what he did, but how he did it. In his one season at Duke, Williamson was frankly ridiculous, averaging 22.6 points in only 30 minutes per game, an elite number for the considerably slower college game.

He scored these points on a sizzling .702 true shooting percentage, averaging 8.9 rebounds and 2.1 assists per game for good measure, and recorded a staggering .330 win shares per 40 minutes. For comparison's sake, the best LeBron James has ever managed is .328 per 48.

More than the statistical production, the sheer spectacle of his unique combination of size, strength and burst was captivating to both the casual fan and the scout. There was no doubt if he could avoid significant injury, Williamson would be a star NBA scorer. The question was what else he could do.

Notwithstanding the further injuries he suffered later in the season, and the already-ridiculous numbers of 22.5 points in 27.8 minutes per game in the 24 games he did appear in, Zion's rookie season should counsel some caution with regards to his future.

In some ways, he was as brilliant as advertised, yet for all the hype, there is clearly quite a lot of work to do.

When Damian Lillard dropped his second consecutive 50+ point game earlier this week, someone asked me if I would rather have 'Dame' or fellow 2012 draftee Anthony Davis on my team if I could start one from scratch right now.

The question was rightly intended to be high praise for Lillard, yet the implication behind it was, in an era of high ball screens and pull-up shooting, whether it is better to have the dominant scoring of the little guy than the do-everything big man.

Conventional basketball wisdom says, no, absolutely not. But this is a new era, and like everyone else, Zion will have to fit into it.

Davis, in particular, serves as an inevitable and legitimate point of comparison for Williamson given he is the player Zion replaced in New Orleans. They are different players, yet each is a transcendent 'unicorn' in his own right, and the Pelicans' franchise prognosis is as reliant on Zion as it once was on AD. 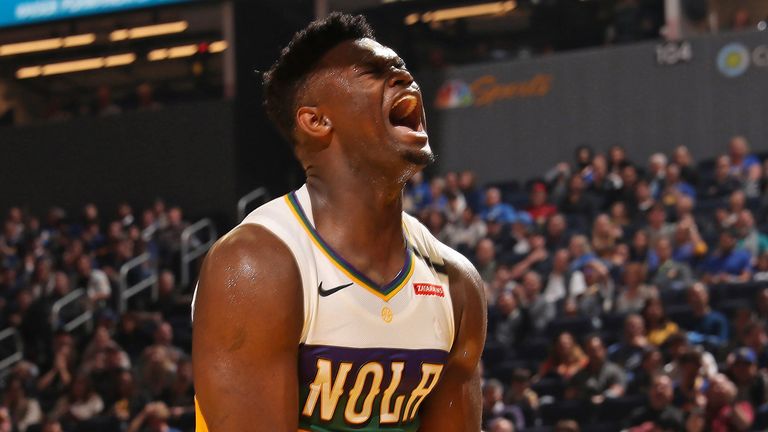 Within that question, however, lies the main area of concern for Zion after his rookie campaign. If a physical specimen such as Davis - with all his length and athleticism, to go along with all the offensive ability and versatile Defensive Player of the Year-level defense - is still not as valuable as an elite shooter like Lillard is, then what is the prognosis going to be for Zion if he cannot play defense to that level?

If a near-perfect big man like Davis is still not enough to ideally build a franchise around, can Zion ever be?

As of today, Zion is several levels short of Davis, particularly on one end of the floor. To put it succinctly, Zion's defense in his first NBA season was poor.

The defensive units the Pelicans had around him never functioned too crisply, and, in relying upon the increasingly immobile Derrick Favors as the anchor on the interior, they also had flaws in their personnel.

Yet Zion's own lack of hustle was evident, as was his positional naivety. Too often, he would stand flat-footed on the perimeter and watch plays unfold around him, getting beaten back door and not getting out to shooters with the required urgency. All too often, he seemed not to anticipate the play, nor especially wish to try to.

The good news is this loafing style is at odds with his play at Duke. While he was positionally imperfect in college, Williamson was just as active on the defenive end for the Blue Devils as he was offensively, playing physically and using his combination of speed and strength, trying to be everywhere. Williamson may not have the height and length of someone like Davis to ever be a great rim protector in the NBA, yet the speed with which he jumps and the fact he is already of enough bulk to contest anybody for positioning on the interior made him a significant presence on that end in college. It should do so again in the NBA, too.

In his rookie season, Zion's conditioning was behind the curve, and his defensive reads were far short of where they need to be. While blocks and steals per game totals are insufficient in measuring overall defensive impact, they do in this case illustrate the fact Zion (0.7 SPG, 0.4 BPG) just did not make an impact.

Neither was he rebounding in position adequately, either, bringing in only 6.3 boards per game on an 11.9 per cent total rebounding percentage. For comparison's sake, his swingman team-mate Josh Hart had a 12.1 per cent rate of his own. 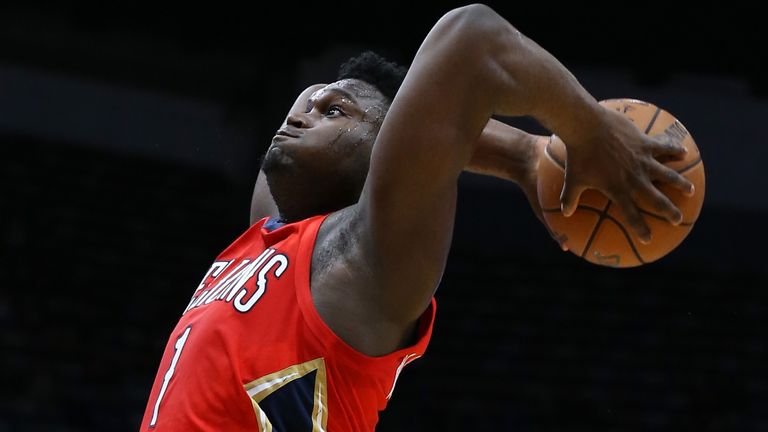 Offensively, the outside shooting of that first night was an anomaly; Zion took very few shots outside of the paint, had inefficient results when he did, and will need to expand his range of options as opponents get used to his preferred tendencies.

While his greatest strength is in how he can get to the rim at will - be it on the roll, off the bounce, in transition or in semi-transition - and while he should not seek to go away from this, becoming a multiple-option threat will help his career prognosis. Especially since the speed of his leap will not last forever.

Of course, Zion remains the best sort of anomaly. The sport of basketball in general is transitioning away from post-up play, yet it is doing so only for those who are inefficient at it. Zion is good down there, and the sheer volume of points he scored in such a quick time combined with the ability to readily get the most efficient spot on the floor was as advertised. That said, his passing game on the roll needs work, his turnover rate was high, his jumper needs to come around to diversify the offering and missed screen opportunities cost his team potentially efficient offensive possessions.

Greatness remains in his grasp

At this early stage of his career, Williamson is considerably more advanced offensively than defensively, yet even with its current limitations, the offensive impact is already top drawer, and the hype is certainly valid.

But the work will still need to come for him to achieve the greatness that is within his grasp. If he can have an offseason of good health, conditioning and skills development, let us see if the man known for his quick leaps can make one in his second professional season.