Following the NBA's decision to suspend the 2019-20 season, these games will not be played and therefore not broadcast.

As the home of the NBA in the UK, Sky Sports will broadcast 134 live regular-season games, including a record 48 in the weekend primetime slots.

That slate continues this weekend...

James Harden, Russell Westbrook and the Rockets continue their 'small ball' experiment with a visit to the Pacific North West to face the Trail Blazers.

The Rockets (40-24) sit sixth in the Western Conference with their eyes fixed on climbing the standings to guarantee the best possible playoff seeding.

After trading their center Clint Capela in February, the Houston roster was bereft of size and embraced an even heavier than before reliance on three-point shooting and uses the additional interior spacing to enable Westbrook to drive to the rim with greater effect.

The ploy brought initial success as the Rockets reeled off six straight wins. But they have since lost four of their past five games. 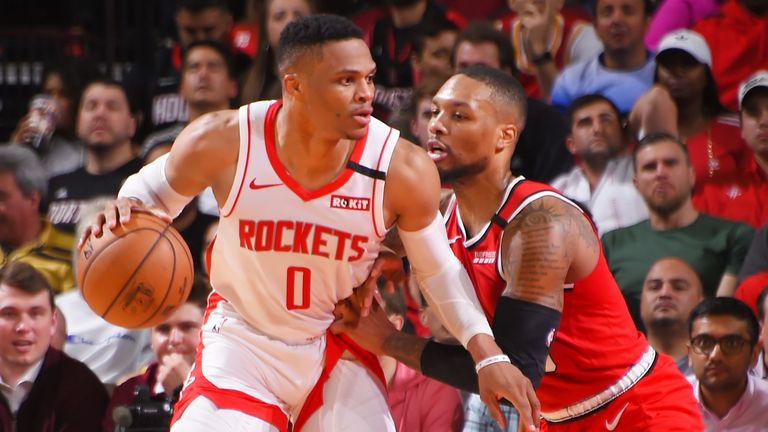 Watch the Houston Rockets take on the Portland Trail Blazers in an NBA Sundays Primetime clash, live on Sky Sports Arena from 7.30pm

The Trail Blazers (29-37) will hope to take advantage of that loss of form as they bid to fight their way back into the playoff picture. Currently ninth in the West and three-and-a-half games back from the eighth-seeded Memphis Grizzlies, Portland need every win they can get. The return of Damian Lillard following a six-game injury absence will certainly boost their hopes. Center Jusuf Nurkic, who has missed a full year of action after suffering a serious leg injury, could make his return against Houston.

The unexpected success story of the 2019-20 season added another chapter this week as the Oklahoma City Thunder, written off after trading away Paul George and Russell Westbrook in the offseason, rose to fifth place in the West.

The leadership and experience of point guard Chris Paul, acquired from Houston in the Westbrook trade, has been key to their success. The same is true of young star Shai Gilgeous-Alexander, who arrived in OKC in the trade that sent George to the LA Clippers. 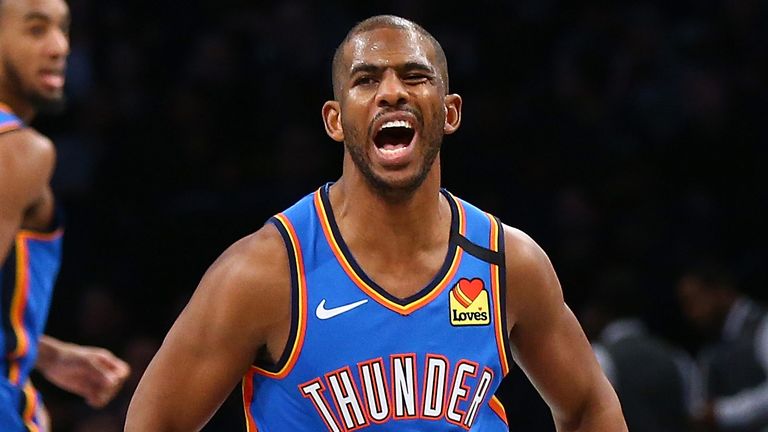 The Thunder have won eight of their last 10 games and are aiming to catch and pass the Utah Jazz for the fourth seed that will guarantee them homecourt advantage in the first round of the playoffs.

The Wizards (24-40) harbour faint playoff hopes of their own but they will need a huge collapse from the Brooklyn Nets or Orlando Magic to steal the Eastern Conference's eighth seed.

No one has told Bradley Beal that. The shooting guard, fired up after being snubbed for All-Star selection, has been on a scoring tear. At 30.6 points per game, he is the NBA's second-leading scorer, behind James Harden. In February, he averaged a phenomenal 36.5 points per game.

Thanks to Beal, the Wizards have no issues on offense. Their problems begin and end on defense. They give up 115.0 points per 100 possessions, the worst defensive rating in the league.

Sky Sports is the home of the NBA in the UK with live coverage throughout the week, including at least three showcase games across the weekend.