Live basketball returned as the NBA began a series of pre-restart scrimmage games at the Disney Wide World of Sports campus in central Florida.

Michael Baiamonte was not at Walt Disney World on Wednesday. The public address announcer for the Miami Heat wasn't in the building for the team's season-restart scrimmage debut.

The sound of him bellowing one of his signature phrases - "stand up and make some noise" bounced through the arena Wednesday night during a third-quarter stoppage in play, a bit of a peculiar thing because there were no fans there to actually coax into rising from their chairs.

Welcome to Pandemic Basketball. The NBA rolled out what game operations in a bubble will look like, with the first four of 33 scrimmages being played. The scrimmages - exhibitions, some call them - will continue through to July 28, two days before the restart of the regular season in the form of seeding games that will determine who has what seed for the playoffs. 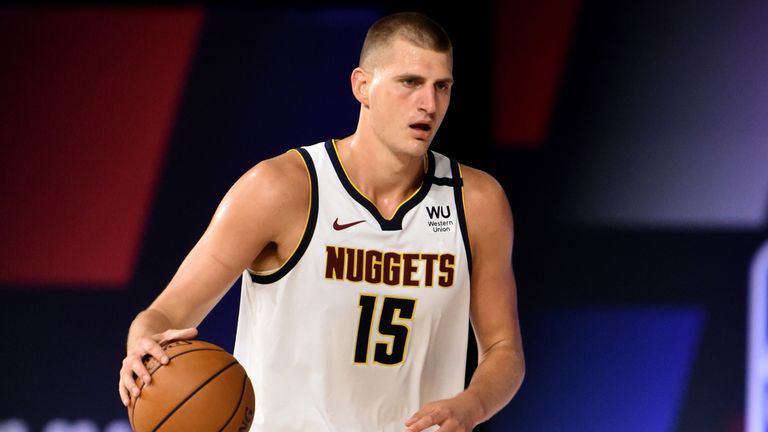 Highlights of the pre-restart scrimmage game between the Washington Wizards and the LA Clippers.

Rivers and the Clippers were the NBA's first winners of a game played during a pandemic, after downing Orlando 99-90 in an arena that held about 200 people - players, team staffs and NBA employees included.

The Denver Nuggets beat the Washington Wizards 89-82, the New Orleans Pelicans eased past the Brooklyn Nets 99-68 and in the night's finale the Miami Heat topped the Sacramento Kings 104-98.

"I told Doc, I thought it was much more comfortable than I thought it would be," Magic coach Steve Clifford said. "I think that the teams that can adapt to playing in an unique, kind of different environment without all the fans, whoever can get the right mindset and concentrate on just playing will have a big advantage."

There were some new twists. 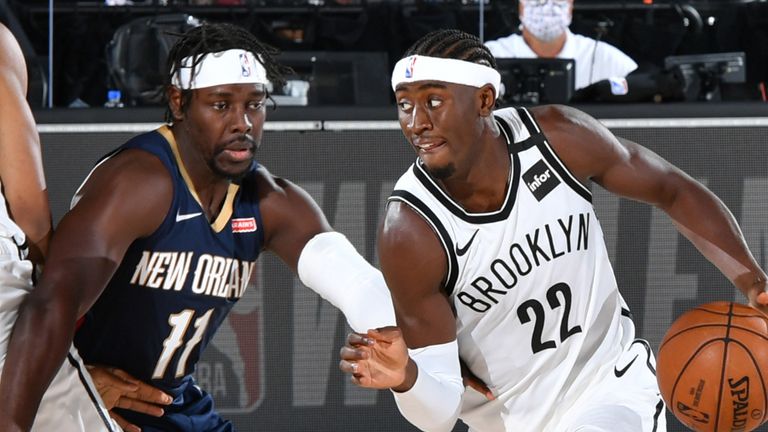 Highlights of the pre-restart scrimmage game between the New Orleans Pelicans and the Brooklyn Nets.

Ballboys were setting up chairs for teams during timeouts because ones in the bench area must not be moved, and every player had an orange Gatorade cart just for him marked at his assigned seat.

And while some players participated in handshakes, some people on the court declined - when Magic guard Michael Carter-Williams offered a fist-bump greeting to referee Jacyn Goble, no reciprocal offer came.

"For me, its just basketball," New Orleans guard ETwaun Moore said. "It is kind of easy to play that. It's like playing your whole life, playing outside, playing in gyms with nobody there, open gym. So it was just fun to go out there and just hoop and have fun."

Part of the set-up here calls for the designated home teams, like the Heat were Wednesday, to get comforts of home. 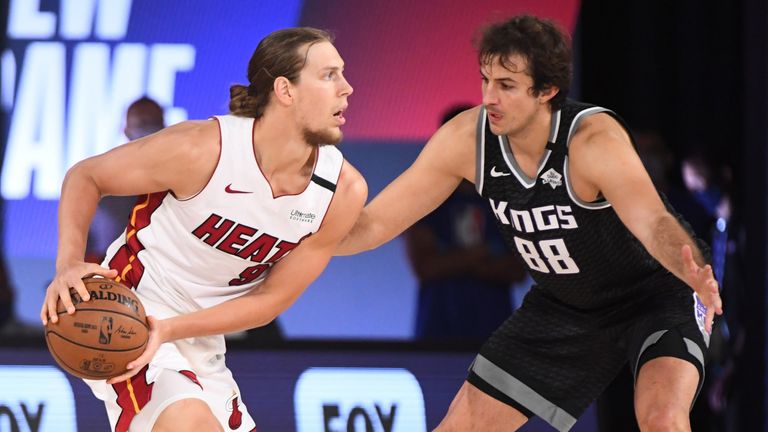 Highlights of the pre-restart scrimmage game between the Sacramento Kings and the Miami Heat.

So they wore white uniforms, had their Heat logo on the video boards, listened to 'Seven Nation Army' coming through the speakers as they would at home, and even got to hear Baiamonte.

At the end, 'The Heat Is On' - another after-win treat at home - played as they walked off, too.

"The production felt like a big event," Heat coach Erik Spoelstra said. "I thought it was terrific. I really did."

Shaking off the rust 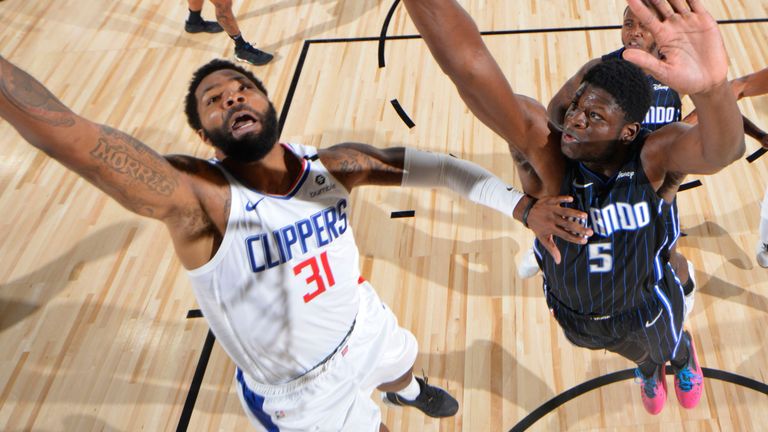 Highlights of the pre-restart scrimmage game between the Orlando Magic and the LA Clippers.

The short-handed Denver Nuggets went with a tall starting line-up in their exhibition opener against Washington.

The breakdown: seven-foot Nikola Jokic at point guard, 6ft 8in Jerami Grant at shooting guard, 7ft 2in Bol Bol at small forward, 6ft 7in Paul Millsap at power forward and 6ft 11in Mason Plumlee at center.

"Might have been the biggest line-up in NBA history," coach Michael Malone said.

Malone didnt have much of a choice. He held out Will Barton III and Jamal Murray for precautionary reasons. He didn't have Torrey Craig or Gary Harris, who just recently arrived into the bubble. But reinforcements will soon arrive with Michael Porter Jr on his way to Florida.

"Give our guys a lot of credit," Malone said. "We had a lot of guys step in and play positions that arent their natural, comfortable positions."

The rookie Bol had 16 points and 10 rebounds in 32 minutes. He didn't play in a regular-season game and missed most of the year with a left foot injury.

"I am very impressed," said Troy Daniels, who was one of the few actual guards the Nuggets had available and led the team with 22 points. He has a lot of potential.