The Phoenix Suns have stunned the NBA world with their five-game unbeaten run inside the Orlando bubble.

A week before the NBA shut down the season, the Suns were walloped by 16 points by the Golden State Warriors - the team with the league's worst record and only eight healthy players. On their home court, no less.

A week after the NBA restart, the Suns are the only undefeated team in Orlando and find themselves in the playoff conversation. After beating the Miami Heat to stay spotless at 5-0, guard Ricky Rubio said encouragingly: "We're hungry, thirsty and hoping to go 8-0." 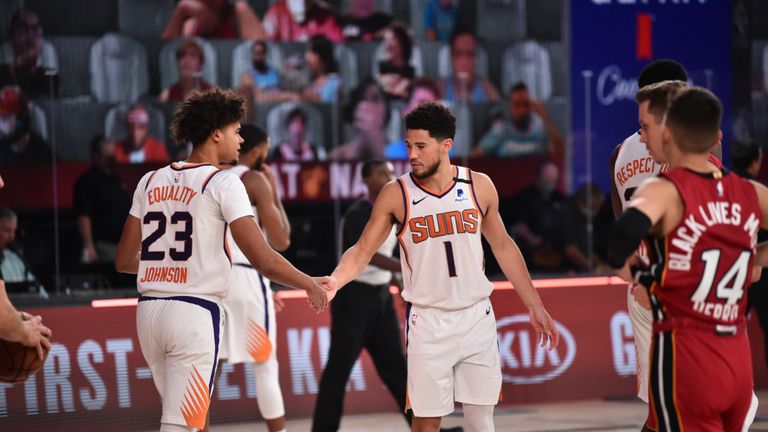 What a difference a week makes, especially when that week stretches four months! It tells the tale of two Suns, one that was being eclipsed and the other beaming, and given a second chance, Phoenix are breathing new life in a most improbable situation.

"I think this bubble situation was made for us and we're taking advantage of it," said guard Devin Booker.

Let's put this into context. This is the Suns' longest winning streak in six years, which says plenty about where the Suns have been and maybe where they're going. Obviously, this is the most consecutive wins in the career of Booker, at 23 the youngest player to score 7,000 points, who provided the biggest shot in Orlando with a buzzer-beater over the Clippers.

Coming into this reboot at 26-39 and five games out of eighth place, the Suns had no shot of pulling out a playoff spot unless they either ran the table by going 8-0 in the seeded schedule or came close. Both are in play - they are one-and-a-half games behind Memphis for eighth place, one game behind the Blazers for ninth and firmly in contention for a play-in game for the playoffs.

Upcoming are remaining games with Oklahoma City, Philly and Dallas. Those three teams have already clinched playoff spots and might rest some of their starters against Phoenix. The Sixers will definitely be without Ben Simmons, who left the campus to undergo knee surgery. And yet it still won't be easy for the Suns. They will need the Grizzlies, Blazers and Spurs to cooperate by losing a few games to raise the possibility of a Suns uprising. 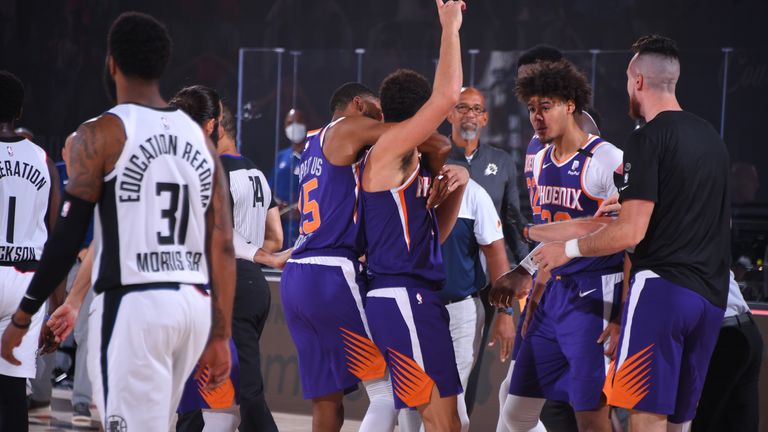 "We're far from perfect," said coach Monty Williams. "I'm glad we have the record we have here in the bubble, but have a lot of work to do to overcome the obstacle in front of us."

What exactly has gotten into the Suns? Along with the Wizards, they were mainly an afterthought in the restart as the teams with the worst records in the East and West. Washington has already faded as expected and simply playing out the schedule. The Suns refused to follow the script.

With a young rotation and a coach in his first year in Phoenix, the Suns were on a rebuilding schedule - which seems constant in Phoenix - and in a best-case scenario would make a leap next season. And that was indeed the case when the season was halted by coronavirus. But there has been scant evidence of growth in restart wins over the Clippers, Wizards, Mavericks, Pacers and Heat.

"These guys have had an offseason to think about the first 65 games and think about where they needed to grow," said Williams. "I'm excited for the guys. They've put in the work." 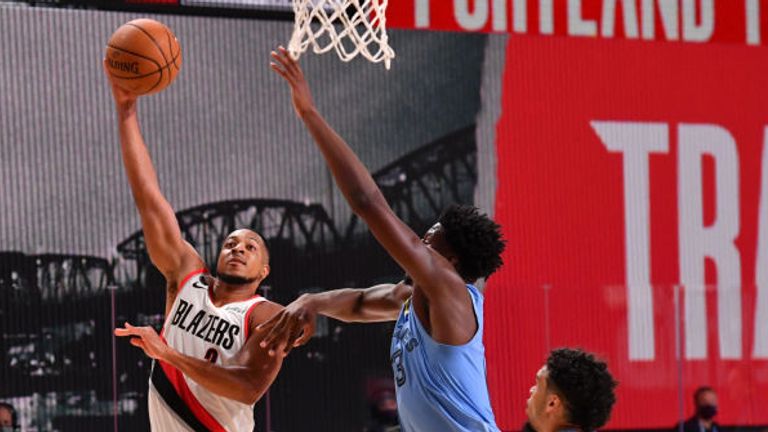 Ro Parrish, Kenny Smith, and Kevin McHale discuss the race for the eighth seed in the Western Conference

They'll need to pick up the pace to escape their own history. A series of bungled front-office decisions put Phoenix on a constant and frustrating treadmill to nowhere, haunted mostly by wasted draft picks. They only have Booker, who is averaging 28 points, to show for constant trips to the draft lottery over the last decade.

That includes taking Josh Jackson at four over point guard De'Aaron Fox. Had the Suns taken Fox, he and Booker would've been a young backcourt tandem for the future and Phoenix wouldn't have had to give away TJ Warren last summer to pay for Rubio. Warren is scorching for the Pacers right now and fresh off a 39-point game, just days after scoring 53.

Because of that misery, the Suns are constantly battling perception problems, which lately caused Draymond Green, a new addition to the TNT broadcasting team, to demand the Suns reroute Booker to a contender, saying, "It's not good for him, not good for his career."

They also took Deandre Ayton ahead of Luka Doncic two years ago, and while Doncic is already an MVP contender and franchise player, Ayton's development continues. There's hope that Ayton will eventually be the front-line balance for Booker and becomes a big man who can be a presence around the rim, especially defensively.

"Deandre has bought into that during the three months we were out," said Rubio. "He has ability to be one of the best rim protectors but it's about the will, and he's showing he wants to. When he's showing that, we are at another level. He wants to do it and it shows." 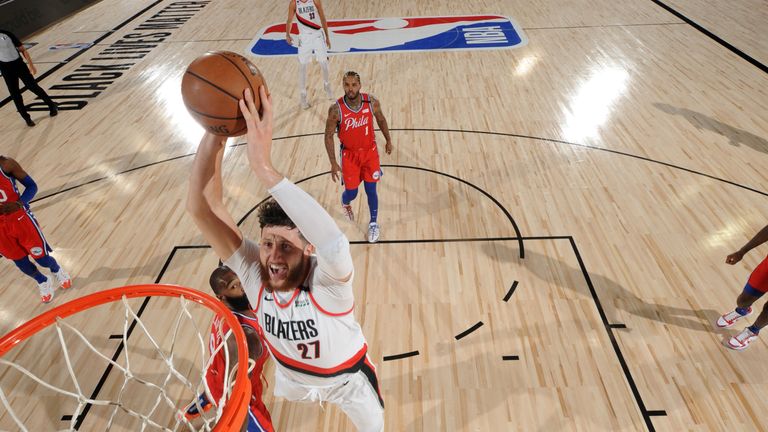 Williams agreed and added: "Deandre's ability to put pressure on the rim is something we don't take for granted."

A pair of other young players drafted by the Suns are also on the clock. Bridges and Cam Johnson are fluid swingmen who will require more time, yet Johnson in particular is making strides in Orlando.

Against the Heat it was Jevon Carter who stepped forward with six three-pointers and 20 points, giving Booker plenty of help especially when left open.

"We're showing positive energy all the time," said Carter. "They put us in this bubble and we knew we had a shot even if other people didn't. We're out to shock the world."

Overall, the Suns collectively have shown more grit than they did right before the shutdown, and so far have managed to avoid any setback caused by the layoff.

"We've tried to be efficient by moving the ball around," said Williams. "This is how we like to play, with Ricky and Devin pushing the ball. But it starts with defense as well. We've tried to defend every possession and we share the ball. It's a fun way to play but difficult to do. I think our guys enjoy it and we work at it."

With nothing to lose and no burden on their shoulders, the Suns came to Orlando loose and pressure-free. That, along with the sudden confidence from a quick start, has the Suns imagining the possibilities.

"We wanted to come here," said Williams, "and make the most of it."

Watch the Suns take on the Thunder from 7:30pm Monday evening live on Sky Sports Main Event, Action and Mix