NBA restart: Which players raised their stock in the seeding games?

Watch the Portland Trail Blazers take on the Memphis Grizzlies in the Western Conference Play-In on Saturday at 7:30pm live on Sky Sports Mix and via a free live stream on skysports.com, the Sky Sports app and Sky Sports' YouTube channel

Which previously unheralded players took the opportunity to raise their stock in the two weeks of seeding games inside the NBA bubble?

For some, the seeding games in the Orlando season restart served as a warm-up for the playoffs. The performances of veteran superstars whose teams had playoff berths already locked up don't deserve the scrutiny they are sure to receive.

Watch the Blazers take on the Grizzlies for the West's final playoff spot live for free on Saturday at 7:30pm

For others, however, those eight games served as an opportunity to make a statement and in some cases introduce (or re-introduce) themselves to the rest of the world.

These eight players are ones who might normally get overlooked. But after their respective efforts in Orlando, they've become impossible to ignore.

Nuggets fans have been waiting to see the Porter Jr who emerged as a force during the seeding games. He took full advantage of the absence of starters Gary Harris and Will Barton to shove his way into the starting line-up and led the Nuggets in scoring and rebounds while shooting well, too (55.1 per cent overall, 42.2 per cent on three-pointers and 93.1 per cent on free throws. 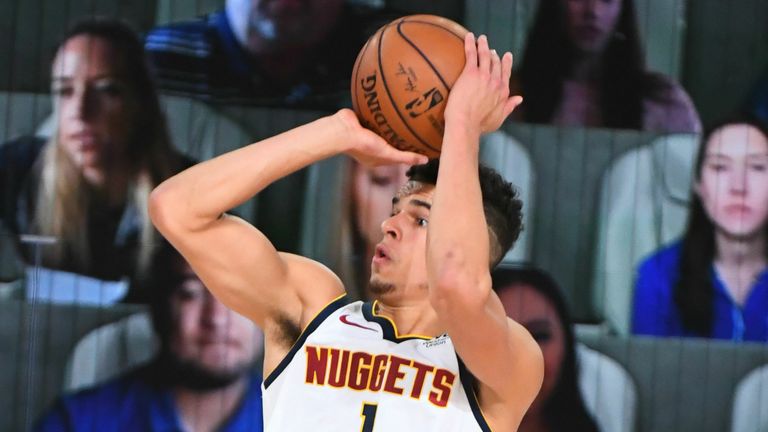 Michael Porter Jr scored 37 points over the Oklahoma City Thunder, the most in a game to date for the Denver Nuggets

Even with his suspect defensive work, he's made it impossible for coach Michael Malone to keep him out of the starting five.

Warren doesn't care that you didn't know his name or face before now. After he dropped the first 50-point game in the bubble, his game went viral. 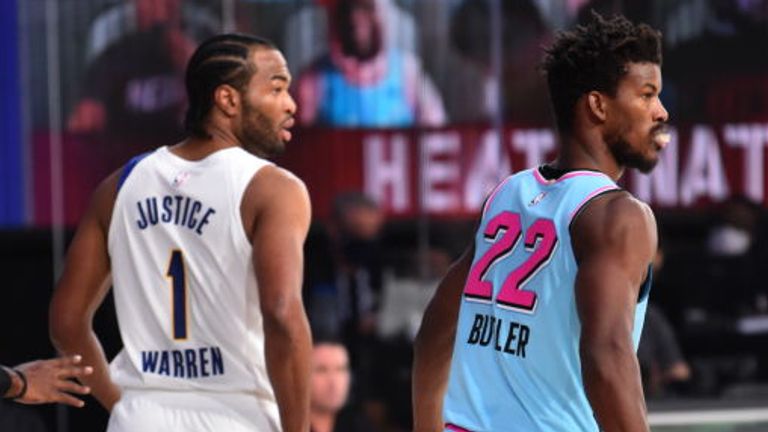 He has done work on every level, shooting 57.8 per cent overall and 52.4 per cent on three-pointers. The best part is what comes next: the renewal of his budding rivalry with Heat star Jimmy Butler in the first round of the playoffs.

Injuries have overshadowed LeVert's steady rise as one of the most underrated scorers in the league. He had the perfect platform in the bubble with the Nets' biggest stars missing.

LeVert put his full arsenal on display in a showdown against Damian Lillard's Trail Blazers on August 13. Lillard said it best after LeVert's potential game-winner bounced off the back of the rim in that game: "Caris LeVert is cold." NBA Summer League is often where we see young players transition from the roster's fringes to a legitimate rotation player. Trent Jr used the seeding games to do exactly that.

Opinions about his game and potential changed during the past two weeks, when he shot 51.6 per cent overall and 50.7 per cent on three-pointers, too, during the restart. He came up huge in the Blazers' seeding games, including the finale in which he hit a key three-pointer late and exhausted himself trying to defend LeVert down the stretch.

Devin Booker and Ricky Rubio were the headliners during the Suns' unbeaten run through the seeding games. But Bridges used the time to show off his game, too.

Suns coach Monty Williams put him on Luka Doncic and Kawhi Leonard during crunch time in games against those playoff-bound powers, which says all you need to know about his defensive prowess. Check the tape on Booker's game-winner against the Clippers and you'll see Bridges making the play that made it possible.

The man Kevin Durant dubbed 'The Unicorn' was a force for the Mavericks in the seeding games, leading them in scoring (slightly ahead of Luka Doncic) while also shooting 38.1 per cent on three-pointers. Dallas Mavericks' Kristaps Porzingis hit 36 points against the Portland Trail Blazers, but it wasn't enough for his team

There's no questioning the talent of Porzingis, who has the ability to join Doncic on the All-Star team for years to come. What we're going to find out in the playoffs against the Clippers is if he is ready to bump and grind against the likes of Montrezl Harrell. If the answer is yes, oh boy...

We are stepping out on faith after seeing Bol in limited glimpses, he averaged 11.9 minutes on a loaded Nuggets frontcourt rotation that also has Porter Jr and Jerami Grant to work with alongside Jokic and Paul Millsap. 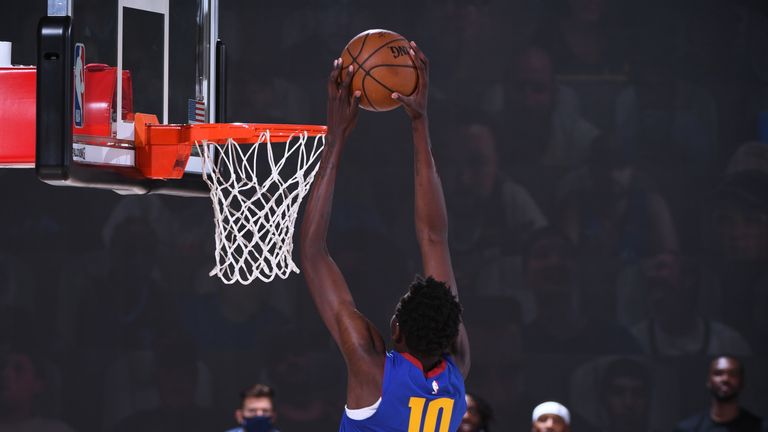 Denver Nuggets' Bol Bol goes from one end to the other with this steal and slam against the LA Clippers.

But none of them bring the dimensions and skill in the package Bol does. He has got two-guard tools in his bag and will only get more lethal as his confidence grows. The future frontline of Jokic, Porter Jr and Bol will have Nuggets fans salivating.

The undrafted rookie started the season on one of the Thunder's two-way contracts, earned a starting job by January (the Thunder went 16-5 with him in the starting line-up before the March hiatus) and signed a four-year deal before the action began in the bubble.

Dort is the sort of tenacious defensive presence the Thunder will need alongside Chris Paul against James Harden and Russell Westbrook in the first round of the playoffs.