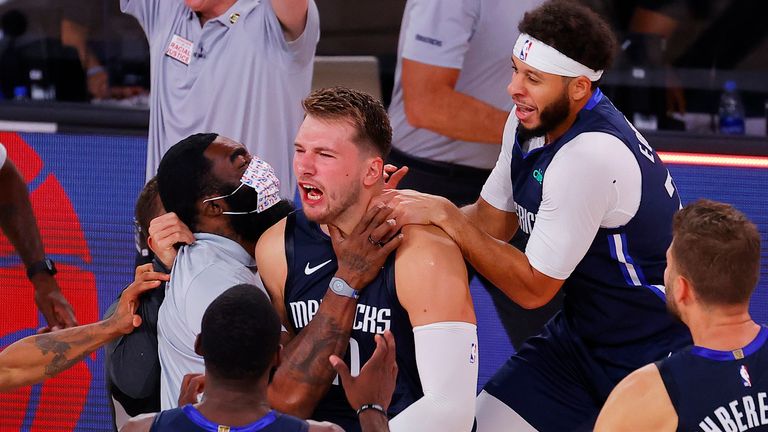 At one point over the weekend, it looked doubtful Luka Doncic would even step onto the floor for Game 4 of the Dallas Mavericks' round one playoff series against the Los Angeles Clippers.

The 21-year-old had been nursing an ankle sprain that saw him limp off in Friday's defeat, with the Mavs leaving his availability as a game-time decision.

Doncic underwent treatment on Saturday and benefited from a night of rest before being cleared to play on the Sunday, entering the game with added expectation as the Mavericks found themselves without Kristaps Porzingis (knee).

By the end of the evening, he had erupted for a 43-point, 17-rebound, 13-assist triple-double that had included a game-winning buzzer-beating step-back three-pointer in overtime to level the series at 2-2. Luka Doncic dominated with 43 points, 17 rebounds and 13 assists in the Mavericks win over the Clippers

"I can't explain the emotions I had," said Doncic after the game.

"The guys that you don't hear about behind [the scenes] did an amazing job with me yesterday.

"We were working almost the whole day. They were helping me out the whole time, whatever I needed. I obviously wasn't 100 percent, but I think I was good."

Doncic became the second player in history behind Magic Johnson to produce two triple-doubles in their first four playoff games.

In addition, he is now the youngest player in NBA history to have registered a 40-point playoff triple-double and is tied for the second-highest-scoring postseason triple-double ever. 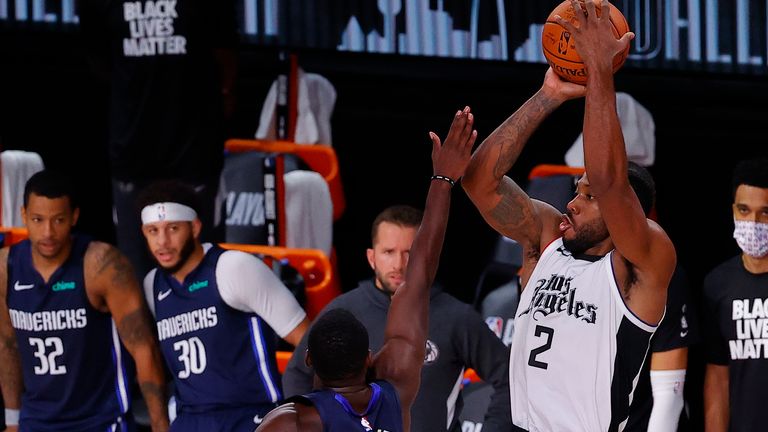 "Look, we know this kid has got a flair for the dramatic," said Dallas head coach Rick Carlisle.

"He's a performer as well as a great player. He's a guy that lives for these moments and is completely fearless.

"Listen, there was nothing that was going to keep him from staying in the game. He kept telling me that he was good, as many minutes as we needed him.

Doncic played a career-high 46 minutes, finishing 18 of 31 from the field and four of 10 from three-point range as the Mavericks overcame a 21-point deficit.

His heroics sent the NBA community into a frenzy, with LeBron James and Steph Curry among those to react to his stunning game-winner on social media.

Game 5 between the Mavericks and Clippers is scheduled for Tuesday as they continue to battle it out for a semi-final spot against either the Denver Nuggets or Utah Jazz, the latter of whom currently lead the series 3-1.