Watch Game 1 of the Western Conference Finals between the Denver Nuggets and Los Angeles Lakers live on Sky Sports Mix (Ch 416) and Sky Sports Main Event in the early hours of Saturday morning (2am); pre-game build-up live from 1:30am With the equally stellar play of guard Jamal Murray, Jokic helped the Nuggets dig their way out of a 3-1 hole in their Western Conference semi-final series against the LA Clippers. In the decisive Game 7, Jokic dominated with a 16-point, 22-rebound, 13-assist performance as Denver stunned Doc Rivers' team 104-89 to reach their first Conference Finals series since 2009. Nikola Jokic scores 16 points, 22 rebounds and 13 assists to help the Denver Nuggets to a Game 7 victory over the LA Clippers

Speaking on the latest edition of Heatcheck, former Chicago Bulls guard Armstrong explained why Jokic's play had caused him to reconsider how he thinks about the game and compared the Serbian All-Star's playmaking skills to one the NBA's greatest players.

"I don't say this lightly. There hasn't been a big man who can pass the ball on the move like Nikola Jokic. He is doing things we haven't seen (big men do) in the NBA," he said.

"Every now and then, the NBA takes a shift. Stephen Curry created the last shift because he extended shooting range which created spacing, what we call 'pace and space'. Curry is unique because he shoots the three with such accuracy. Now, in Jokic, you have a player who could potentially redefine his position, because he can stretch the game from the five (center) position. He is the first five-man you can actually run your offense through. He is a 'point-five'. 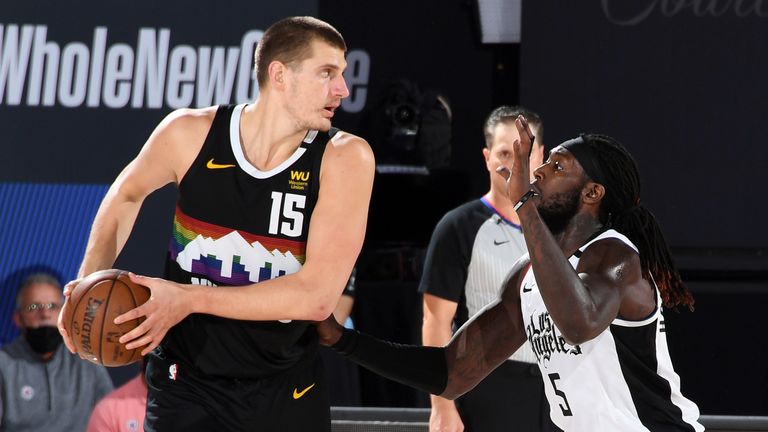 "I have never seen a five-man rebound the ball, dribble it out and make the right pass in a three-on-two or four-on-three break. He can pass on the perimeter, he can pass on the blocks and, most importantly, you can run 'down screens' with him. Who runs down screens for their big man to curl? I don't even know how to defend that! Who else can do that in the league consistently and make the right play?

"And it's not like he does it once or twice a game. He consistently makes the right play. He is an incredible player and something we haven't seen before, because he is passing from all area on the floor with his right and left hand. All the Nuggets shooters know if they get open Jokic will get them the ball. He is like Magic Johnson.

"You can't switch against him and you can't speed him up. When he loses a step in Year 10 of his career, we won't even notice because he already moves so slowly. He is so fascinating to me because he is dominating the game, not through scoring, but because he makes every single play."

Armstrong believes the postseason performances of Jokic and Murray have elevated their status in the NBA pecking order. 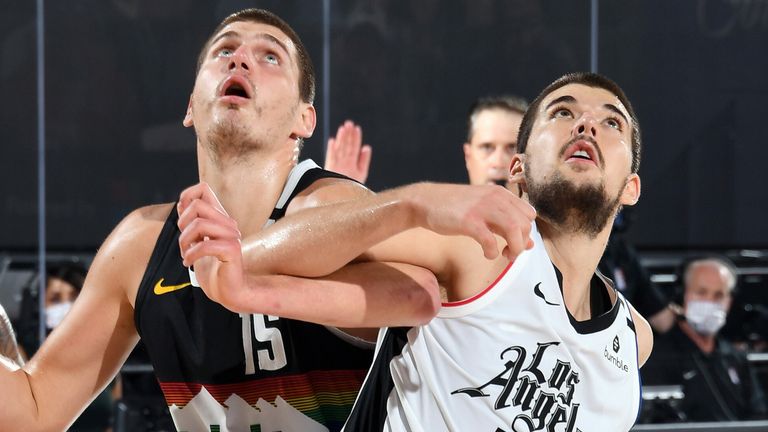 "We have to say Jokic and Jamal Murray are, at the very least, top 10 players in the NBA. They are a major problem and are playing with a lot of confidence," he said.

"If I am the Lakers, I've got to go (with a) zone (defense) against (Jokic) because you cannot double-team him. That is a fact. Some players you can't double-team, you just have to live with it.

"After the series against the Clippers, Jokic has me rethinking the game. I have never seen a guy (his size) passing left-hand and right-hand off the dribble. I call him the most 'charming' player I have ever seen in the NBA. He doesn't move fast, he doesn't jump high, he's not quick, but he is 'charming'.

"This young man is exceptional, he is the real deal, he is a superstar. And I don't use a word like 'superstar' lightly."

Asked to sketch out how he believes the Western Conference Finals will unfold, Armstrong said the early Game 1 exchanges between the Nuggets and Lakers will be instructive.

"Who are the Nuggets going to use to guard Davis? I don't think Paul Millsap is a good match-up. At the other end, are the Lakers going to allow Davis to guard Jokic? That to me is going to determine the outcome of the series. 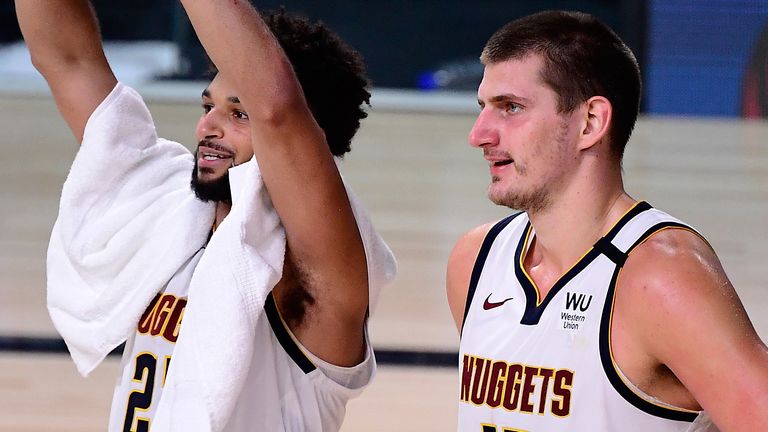 "If the Lakers can't figure out how to slow down Jokic, the Denver Nuggets are going to be a problem. You have to control the tempo against them because they can score, they have the depth. The Nuggets might even have a deeper team than the Lakers.

"I will be looking closely at the first quarter of Game 1 because I think it is going to dictate the series. The reason I say that is because the Nuggets are going to display on the 'menu' how they think they can beat the Lakers.

"Coach Malone knows he can't afford for Denver to fall behind 3-1 because James will not allow them to come back but, if the Nuggets can keep it close with the potential to win these games down the stretch, I would not be surprised if Denver come through this series and we are talking about them in the NBA Finals."

Watch Game 1 of the Western Conference Finals between the Denver Nuggets and Los Angeles Lakers live on Sky Sports Mix (Ch 416) and Sky Sports Main Event in the early hours of Saturday morning (2am); pre-game build-up live from 1:30am