The Clippers, who signed All-Stars Kawhi Leonard and Paul George last summer, fell well short of expectations this season after surrendering a 3-1 lead against the Denver Nuggets in the Western Conference semi-finals. 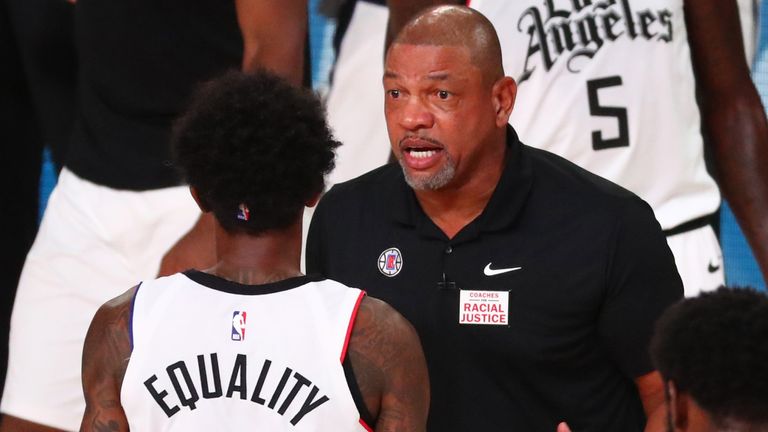 Clippers owner Steve Ballmer hailed Rivers as an "incredible ambassador, and a pillar of strength during tumultuous times".

"He won a heck of a lot of games and laid a foundation for this franchise," added Ballmer.

"Thank you Clipper Nation for allowing me to be your coach and for all your support in helping make this a winning franchise," Rivers posted on Twitter.

"When I took this job, my goals were to make this a winning basketball program, a free agent destination, and bring a championship to this organisation.

"While I was able to accomplish most of my goals, I won't be able to see them all through. Though it was a disappointing ending to our season, you are right there and I know what this team is capable of accomplishing with your support.

"Thank you to all the players, coaches, and staff for helping us get here. Most importantly, thank you to the fans. We went through a lot, and I am grateful for my time here."

Two teams with coaching openings, the New Orleans Pelicans and Philadelphia 76ers, have already reached out to Rivers, according to The Undefeated.

The Clippers were viewed as massive disappointments in the NBA playoffs due to the collapse against the Nuggets.

The final three setbacks were ugly as Los Angeles led by as many as 16, 19 and 12 points, respectively, in the losses.