A dominant, demoralising performance by the Los Angeles Lakers in Game 1 of the NBA Finals - compounded by Miami injuries - has the underdog Heat on their heels.

Whenever a team is accused of wanting to pack up and go home, it's because they have surrendered and see the challenge as bleak and essentially decided to check out.

But this is the NBA restart in Orlando and therefore that feeling has adopted a totally different description, where after three months spent on this Disney campus, the Lakers opened the NBA Finals like they are ready to close it. 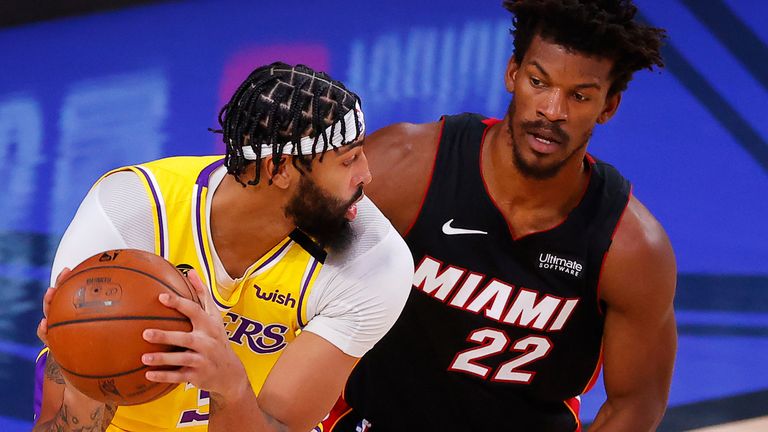 They rendered Game 1 rather obsolete by midway through the second quarter, when suspense and the Heat's confidence left the building, soon to be followed by a limping Goran Dragic and an ailing Bam Adebayo.

After that, the only drama was if the Laker blowout would swell as large as the lump on the Heat's head. All of the suspicions about this potentially lopsided series rang true on Wednesday night, and as an added bonus for the Lakers, they beat Miami at their own game by making three-pointers and getting to the line.

The state of the 2020 championship series is suddenly very clear: the Lakers will either wrap up this title rapidly and gas up the jet for the long-awaited return flight to LA… or the Heat will execute the most unlikely rally in Finals history.

After this first-game kneecapping, which option are you buying? 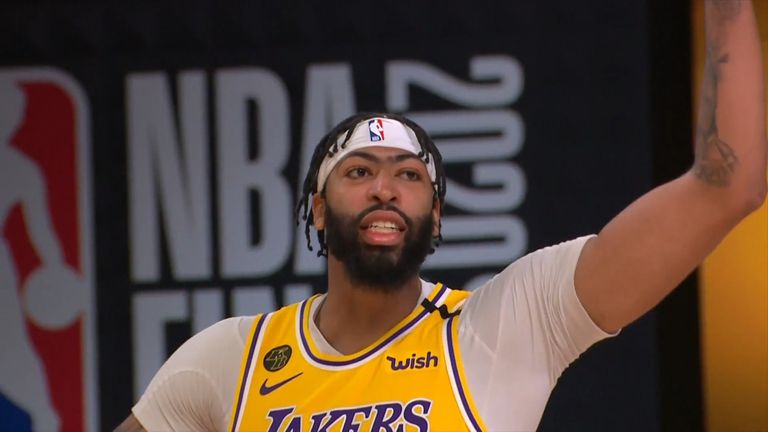 The ease by which the Lakers claimed a far-worse-than-the-score indicated 116-98 victory cannot be dismissed, and speaking of a massive loss, same goes for injuries to Adebayo (shoulder) and especially Dragic (foot). Those two were instrumental in helping the No 5-seed Heat climb mountains to get here, and now their health for the next game is iffy.

It's all playing right into the Lakers' hands and fortifying their case for a 17th title. What's most amazing about their victory was how little it involved LeBron James, who had the quietest and most unneeded near triple-double you'll ever see. LeBron was one assist shy of that statistical treat. He already holds the NBA Finals record, and he wasn't pressed because the Lakers, by the fourth quarter, were in full mop-up duty. And if this keeps up, those mops will be exchanged for brooms.

The Heat flexed some early muscle but only for a minute. They had a 13-point lead in the first quarter, and when the quarter ended, the Lakers were up three. That quick turnaround gave the stunned Heat a case of whiplash from which they never recovered. 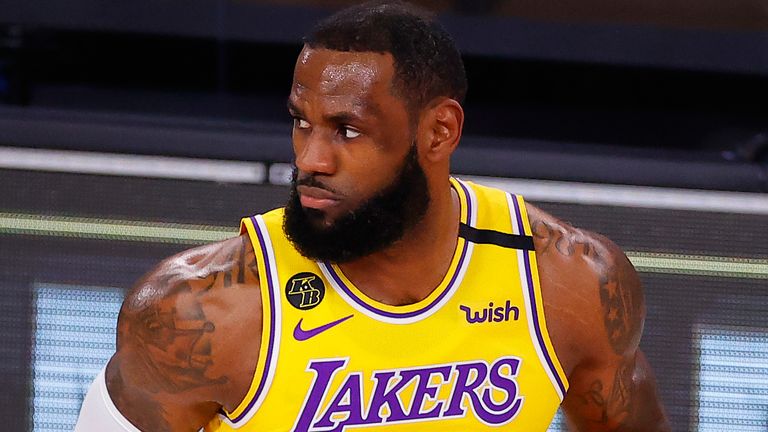 LeBron James insists the Los Angeles Lakers can get better, despite their comfortable 116-98 win in Game 1 of the NBA Finals against the Miami Heat

"They smacked us in the mouth," LeBron said. "From that point we started playing up to our capabilities."

When Danny Green, who has been mainly dreadful from deep in the playoffs, starts a three-point barrage and his team-mates follow up, that's pretty much a wrap for the Lakers.

The Lakers were barely average from three-point range for the postseason, making roughly 11 per game and not being very efficient. They had 11 triples by half-time against Miami in Game 1. They already held the clear size advantage over a Miami team that just offers Adebayo - and he is not exactly a plus-size center - and suddenly they're dropping threes?

That's why the Lakers led by 32 at one point, were up 26 heading into the fourth and the rout was hardly in doubt. 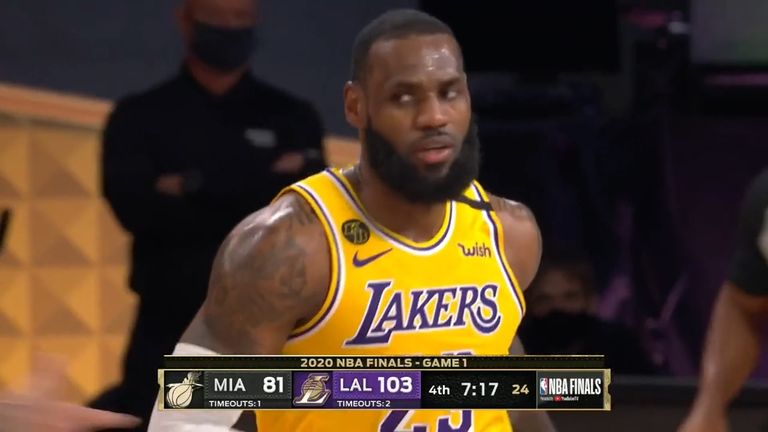 LeBron went for 25 points, 13 rebounds and nine assists. Meanwhile, in his first Finals game, Davis was beastly with 34 points, third most by a Lakers player making their Finals debut. He added nine rebounds, five assists and three blocks, testament to his all-around ability and impact at both rims.

Those two are the only superstars in this series, which gives the Lakers a decisive advantage. Green was a plus-21 on the floor and the Laker bench was overwhelming in the second and third quarters. That's what the Lakers are bringing.

Miami? It's possible that we just saw the Heat at its peak as a team. They might play better from here but that means they'll need to likely overachieve without Dragic, their leading scorer and starting point guard.

He had a nasty landing on his left foot; the early word is the injury is plantar-related. No conclusions about his availability were immediately drawn. Given that there is only one day of rest between each of the next two games, the skimpy recovery time will work against him. For a player like Dragic, who uses cuts and pivots to attack the rim when he isn't shooting threes, this injury could be very limiting even if he plays. 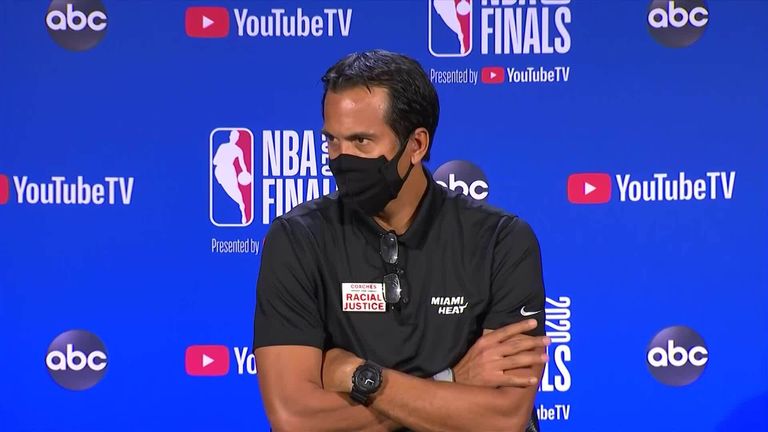 "He is a big part of what we are trying to do, but until we can have him back, we got to go out there and we got to fight even harder," said Jimmy Butler. "We got to try to cover up what he gives us and make up for it. We are capable of it. We have to be capable of it. Moving forward with or without Goran we better hurry up and tie it up 1-1."

Dragic was stellar against the Celtics in the Eastern Conference Finals and also had solid games in the previous two rounds, averaging just under 21 points in the postseason. While Miami does offer other options, those players have little margin for error. Duncan Robinson didn't score in 27 minutes on Wednesday night while Tyler Herro shot poorly, needing 18 attempts to tally 14 points.

As for Adebayo, X-rays on his shoulder proved negative. The bigger problem for him is dealing with Davis and also LeBron while trying to stay clear of fouls and save enough energy for the other end of the floor. Adebayo didn't face a scoring big man in the Boston series; now he has a pair to handle.

Davis took 14-of-21 shots in the paint. The Laker strategy is to wear down Adebayo and force Miami to send in the replacements, who aren't nearly as attractive as defenders or interior scorers and are barely mentioned in the scouting reports. 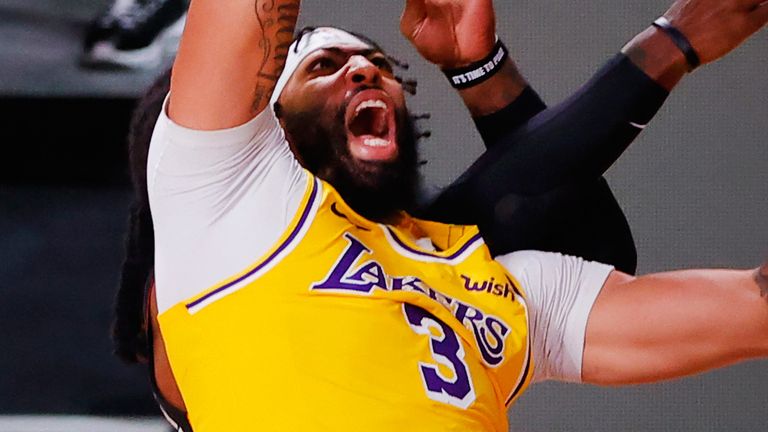 Anyway, this was a team collapse by Miami.

"We talk about how damn near perfect that we have to play, and that was nowhere near it," Butler said. "We can watch all the film in the world. What we talked about we were going to do, we didn't do. We didn't rebound, we didn't make them miss any shots, we didn't get back, all of those things led to the deficit that we put ourselves in."

Lakers coach Frank Vogel is a class act and therefore he was being diplomatic when he mentioned Kelly Olynyk and Solomon Hill and Kendrick Nunn, three Miami players who struggle for minutes, as potential threats if they'll be pressed for extended duty in Game 2.

"We have great respect for these guys," Vogel said.

If Miami must lean somewhat significantly on those three and others to fight their way back into this series, draw your own conclusions.

It's probably best to place more weight on the motivational words of a driven superstar trying to pick up his fourth title with his third team.

"I've been preparing for this moment for quite a while," said LeBron, who missed out on the playoffs last year with an injury of his own.

The Lakers have now played 27 games in Orlando and been here so long, they might have voting rights in Florida. Visitors to this part of the state are always anxious to arrive, yet after all the exhausting thrills at the theme parks, the desire to leave is almost as strong.

The Lakers are no different. They have put themselves in position to do the expected in this series, and quickly, against an overmatched opponent.

In their minds, with regards to the NBA Finals that are now leaning even heavier in their direction, a grand opening deserves a grand closing.