Dennis Schroder starred off the bench for the Oklahoma City Thunder last season, averaging 18.9 points, four assists and six rebounds. He looks set to head to the Los Angeles Lakers with veteran Danny Green heading in the opposite direction

The Los Angeles Lakers are closing in on a trade that would see them acquire Oklahoma City Thunder guard Dennis Schroder.

In exchange, the Thunder will receive guard Danny Green and the 28th overall pick in Wednesday's NBA Draft, according to reports from ESPN's Adrian Wojnarowski and The Athletic's Shams Charania.

Schroder was one of the most impactful bench players in the NBA last season as he averaged 18.9 points, four assists and 3.6 rebounds.

At one stage he had been tipped as a frontrunner for the Sixth Man of the Year award, which was eventually won by the Los Angeles Clippers' Montrezl Harrell. 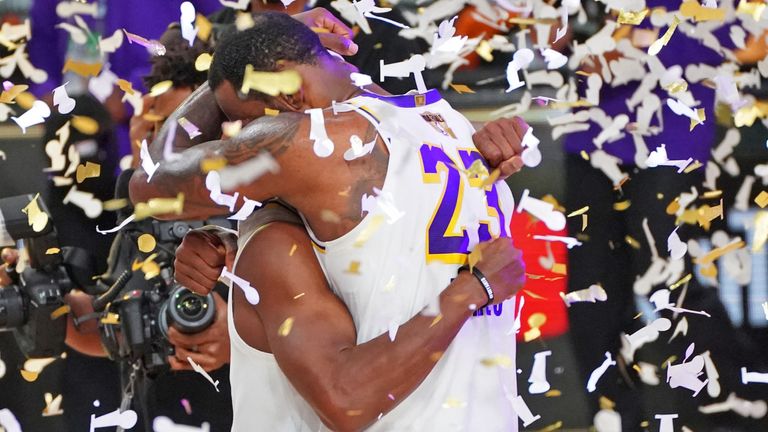 The 33-year-old may not be the only departure in LA, with reports suggesting veteran point guard Rajon Rondo is set to decline his $2.6m player option in view of hitting free agency.