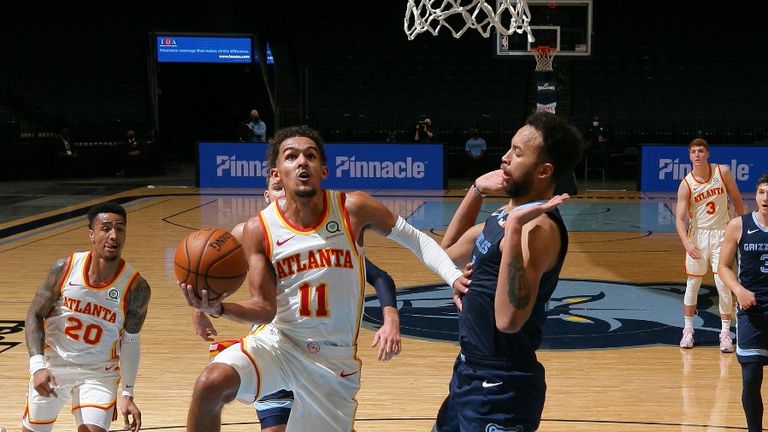 Trae Young scored 36 points in addition to nine assists on his way to leading Atlanta Hawks past the Memphis Grizzlies with a 122-112 victory.

The guard had nine assists and only two turnovers as he won the head-to-head battle with Memphis point guard Ja Morant, who had 28 points and seven assists but saw his team slip to a second successive defeat to start the season.

The Grizzlies dominated both games against the Hawks last year, winning by an average margin of 28 points. That included a franchise-record 39-point win in Atlanta while Memphis beat Atlanta twice to conclude the preseason - but with the season underway, it was Atlanta, and Young, that took the plaudits.

Atlanta helped its cause by scoring 26 points off turnovers, 14 more than Memphis while the Hawks had 21 points off the bench from Kevin Huerter, who had four timely three-pointers. De'Andre Hunter added 15 points and 11 rebounds for Atlanta, while John Collins had 13 points and 10 rebounds.

Memphis got 20 points from Kyle Anderson, who also had 14 rebounds and two blocked shots. Dillon Brooks had 19 points before he fouled out and Jonas Valanciunas added 13 points and 12 rebounds. Atlanta used a 19-6 run to end the first quarter and take a 27-22 lead.

Morant had 15 in the first half and helped Memphis draw to within 58-56 at halftime. 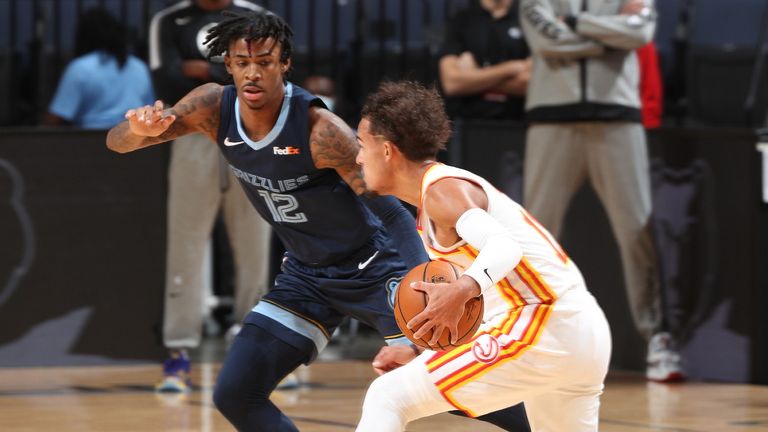 Despite the Hawks' 12-4 spurt in the third quarter, it was the Grizzlies that finished with a 13-4 run and led 88-87 entering the final quarter.

Morant, who had 44 points on opening night, was called for a technical foul with 1:10 remaining. After Morant's technical, Young made the free throw and followed with a basket to give Atlanta a 118-110 lead with 56.7 seconds left that virtually sealed the outcome.

Up Next - Both teams play again on Sunday as Memphis take their search for a first win to Brooklyn (2-0), who have made a flying start, while Atlanta put their 100 per cent record on the line against Detroit in their home opener.