Sharni Layton returns to the netball court to say farewell

Sharni Layton is the name that became synonymous with netball. She has a personality and voice that became bigger than it.

She’s an Australian defender who was named international player of the year in 2016 and 2017, a double world champion and Commonwealth Games gold medalist. Her charisma and glittering career earned her a loyal fanbase known as the 'Sharni Army', making her retirement from international and domestic netball in July a bitter pill for fans to swallow.

The Aussie legend tells Sky Sports why she needs to say "g'day" to her UK fans, why she’s swapped netball for AFL and whether Australia can maintain their world No 1 ranking.

G’day and thank you Layton, or Sharni as everyone knows her, will be playing for Surrey Storm at the Copper Box Arena on Saturday in the second Fast5 All-Stars tournament.

Much like international Fast5, this version of the game mixes things up from the traditional seven-a-side game, with rolling substitutions, a power-play allowing teams to score double points and three and five point shooting zones.

“I’m really excited, a little bit nervous too, to be honest because it’s not normal netball," Sharni says. "It’s faster, it’s quicker - I’m hoping that my normal netball fitness is going to be able to keep up with it because even though it’s a shorter game, it’s really speedy.”

To say it’s a coup to have Layton playing in the UK is an understatement. The 'Sharni Army' can can take some of the credit for her decision to return to the court.

“The best thing about netball is that it doesn’t matter where you are in the world, it’s a really tight community and we all look after one another so to literally be on the other side of the world and feel like I’m at home is a pretty cool thing. 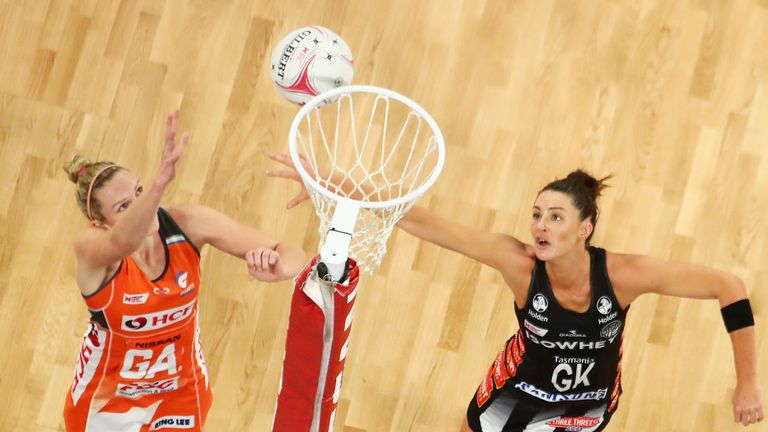 “I wanted to have a farewell in Australia and when Mikki offered me the opportunity to be able to come and do it over here, I couldn’t say no.

"My UK fans are phenomenal, they’re probably more active on Twitter and Instagram than the Australian fans are, so for me it’s about being able to come back and say ‘thank you for supporting me throughout my whole career’ and to have that opportunity to come and say ‘g’day’ one last time.”

It took only three months between the announcement of Layton’s retirement from netball, to the revelation that she will be back at Collingwood, but for their AFL team. It seems that becoming one in an elite band of sport switchers is just what the doctor ordered.

“AFL is completely different which is why I’m really excited because netball is indoors and the training has become so specific over the last couple of years which is great but you’re doing indoor shuttles, that competitive anaerobic work, whereas AFL is aerobic.

"So I’m getting outside on the running track, running anywhere from 5-10kms - it’s really hard and it’s really difficult but really fun because it’s something different to what I’ve done before and my body’s really enjoying the change.

“I’ve been playing netball for 25-years now so my mind needs something else to keep it fit and active and have more meditational training. Netball’s so hard and so full on whereas AFL gives me a greater opportunity to do a different type of training which is nice.”

With the England Roses winning gold at the Commonwealth Games and subsequently knocking New Zealand off the their world no 2 ranking, many have baptized 2018 as a transition period in the sport.

“It’s without a doubt a completely new era of netball now. It’s such a great opportunity for the younger Australians to be able to step-up in their new role and in the Super Netball teams and really grab it by the helm because it’s very unusual for this many people to retire. A lot of people have to sit on the bench for such a long time so it’s important to not take that opportunity for granted.”

The new world order combined with a spate of high-profile retirements in the Diamonds camp including Layton herself, fellow defender Laura Geitz, Madi Robinson and Susan Pettit has meant that the face of netball is quite literally changing.

“I think it’s a real coincidence that we all retired at the same time - a lot of us are in our early thirties. I didn’t talk to any of the girls about it, I’d only talked to my family about it so I had no idea who was going to retire. Everyone has their own reasoning for why they’ve come to that decision and it’s a bizarre time.

"Usually there’s huge retirements at the end of a cycle, which is normally at the end of the World Cup (which will be next year). But the fact we have retired before it’s even come to that just shows that we were ready. I think all of us have been playing for so long, even the likes of myself even though I’ve probably only been prominent in the last five or six years.

"I’ve still been playing and training at this level for fourteen years now. It’s a really great opportunity for the younger girls to step up.”

When asked if she thought there was a new world order in the sport following Australia’s disappointing silver medal at the Commonwealth Games, a vehement ‘no’ was the answer, such is Layton’s belief in the system Down Under.

“I think Australia will always continue to lead - I know from having been in the system that we always challenge ourselves to be better. I know how much that loss hurt them and I know how hard they’re working to make sure that doesn’t happen again. 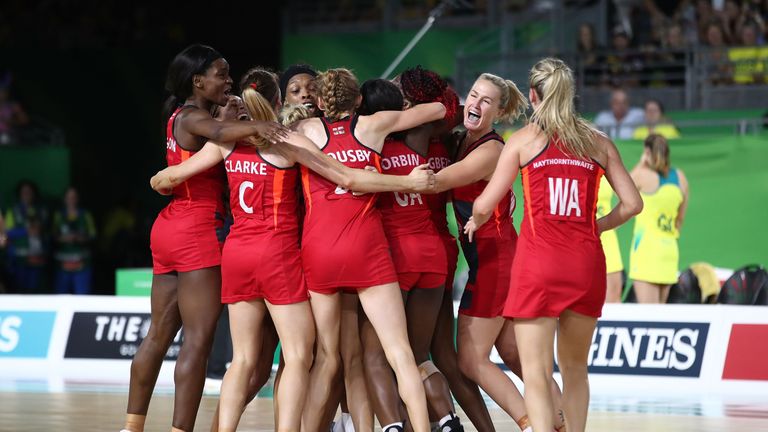 "If I take off my Australia hat and put my netball hat on, it’s the best thing that could have happened for netball for England to win."

“I think after the Commonwealth Games - if I take off my Australia hat and put my netball hat on, it’s the best thing that could have happened for netball for England to win. It put England Netball on the world stage - they were on the front of the papers for the first time ever and the sport needs that exposure for it to become professional over here like it is in Australia.

“The girls train hard and they deserve to be professional. Look at what the soccer boys get over here and these girls are still having to work full-time even though they’re representing their country.

“They deserve to be full-time, and to train full-time. When they can do that, the product of netball is going to get so much better and they’re going to get stronger and fitter. That’s what happened over in Australia - so to everyone out there in the UK, make sure you’re getting behind these netball girls because this is what they deserve and the sport’s amazing.”

The promise of the red dress

Sharni took to Instagram to promise fans that she would wear an England dress if Australia failed to beat England in the Commonwealth Games final. We all know what happened next. Layton is yet to be seen in an England dress, but Saturday might just be the day.

“You’ll have to wait and see. I may or may not be. But, I’m not one to let down on a promise so… more than likely. I know I will hate wearing it, it’ll actually burn me on the inside. But a promise is a promise.”

Netball fans brace yourselves - when asked whether she might be back for Fast 5 All Stars next year, she replied: “Maybe they can drag me back, I don’t know. Let’s keep our options open shall we?”

A cheeky grin and a “never say never” attitude might just keep fans on the edge of their seats… once they recover from five hours of non-stop netball action with Fast 5 All Stars. On Saturday fans will hail the all-conquering Layton, whether it’s for the last time, or not, it’ll be a heroes goodbye.

You can watch the fast-paced action live on Sky Sports Mix, which is free for all Sky subscribers, from 1pm this Saturday.