Watch every match of the Vitality Roses' series against the She Cranes, starting on Tuesday, November 27 from 7pm on Sky Sports Action & Sky Sports Mix

England Roses head coach Tracey Neville has hinted at 'exposing' the depth of her squad in the upcoming three-match series against Uganda, live on Sky Sports.

The Roses' last meeting with the She Cranes was at the Commonwealth Games, when they narrowly won 52-49 on their path to gold.

The first match of the series will take place at the Echo Arena in Liverpool on Tuesday, November 27. The city is the venue for next year's Netball World Cup, a tournament in which the Roses will meet the She Cranes again in Group D alongside Samoa and Scotland.

The second and third matches of the series will be played in London at the Copper Box Arena on Friday, November 30 and Sunday, December 2.

An under-strength England lost all three games in their recent series against Jamaica, but Neville is ready to stick with her philosophy of exposing her pool of inexperienced talent, with the likes of Razia Quashie and Gabriella Marshall on the fringes, as she prepares her side for what she expects to be a tough series back on home soil. 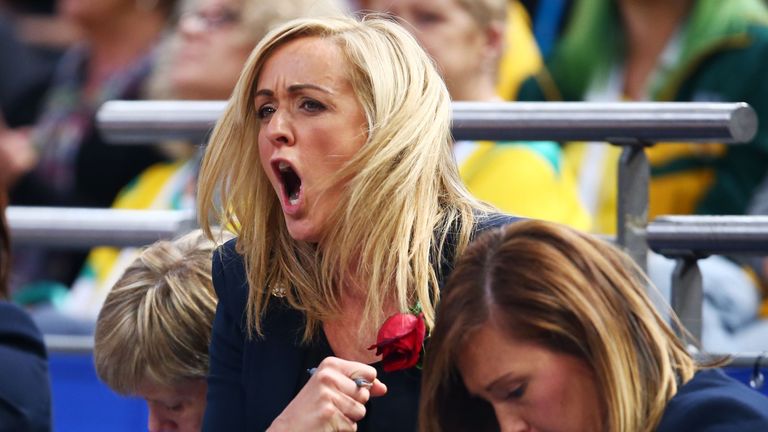 It's about consolidating selection places for that World Cup and giving people opportunities to put their best foot forward, so it's hugely important that we go out there and win.

"Obviously we've got a stepping stone of Uganda, which is an integral part of our phase leading into that World Cup," Neville told Sky Sports.

"At the Commonwealth Games it was one of our toughest games in that we took a huge lead and then they came back at us.

"We actually have Uganda in our World Cup group so this series is about exposing players, seeing styles that actually match the opposition. It's about giving players exposure to a team who are ranked number six and are an up and coming team.

"It's also about consolidating selection places for that World Cup and giving people opportunities to put their best foot forward, so it's hugely important that we go out there and win, but within that there's a lot of processing and objectives we want to follow to be able to get the outcome by the end of January when we have to select our World Cup team."

You can watch England on Sky Sports Action with the three-Test Series against Uganda which gets under way on Tuesday, November 27 at Liverpool's Echo Arena.

A huge 2019 will feature another thrilling Vitality Superleague which is just two months away and starts with the Super 10 on Saturday, January 5, live on Sky Sports.