Winning when it matters the most, developing the depth of leadership in the squad and shouldering expectation are all topics that are high on the agenda of the Vitality Roses' head coach Jess Thirlby.

Thirlby took time out of their first camp in Sedbergh to speak exclusively to Sky Sports and was energised and excited by the challenge that lies ahead.

The head coach used her opening camp to start to share her vision with her players but was also acutely aware that she wants this vision to develop with her playing group.

"Winning when it matters the most is that next bit for me. I think that you can win the odd game in between major tournaments but ultimately you've got an England group now that are more determined than ever to keep experiencing success.

"We know in sport, as soon as you win everyone expects you to keep on winning. Everybody is up for that challenge."

Since being announced in the role, the former international has spoken openly about the challenge of starting a new four-year cycle in the shadow of the last.

"Yes we should identify with the successes of the Roses and celebrate them but we each need to earn our right to have similar or more success," Thirlby stated.

"We can't just lean on that, inherit that and expect it to just continue. The expectation is on our shoulders now, that's the great thing about sport is that there's nowhere to hide.

"Everyone expects England now to be able to topple over the Aussies, South Africans, Jamaicans and Kiwis at some point because we've now proven that we can do it. It's about doing it consistently.

"That's a massive challenge for any sports team, getting to the top is one thing but then staying there is another. I'm really embracing that challenge. I've learnt in myself that I don't like anything easy. I've most probably walked into the job at a good time based on that!"

The first stop for Thirlby and for 15 of her Roses players is a tour to Australia and New Zealand. There they will play and train [behind closed doors] against Australia's development team in Canberra, before both sides travel across to Auckland to face the New Zealand A side.

The new head coach will be joined by former England player Sonia Mkoloma who will act as her assistant coach and Thirlby be keen to see a continued development of an area that was a clear focus during camp - leadership.

"For me it's absolutely paramount that this group don't rely upon the senior players and that we start to develop leaders in all of these guys. Yes it comes more naturally to others and we know that leadership comes in many forms," the head coach noted. 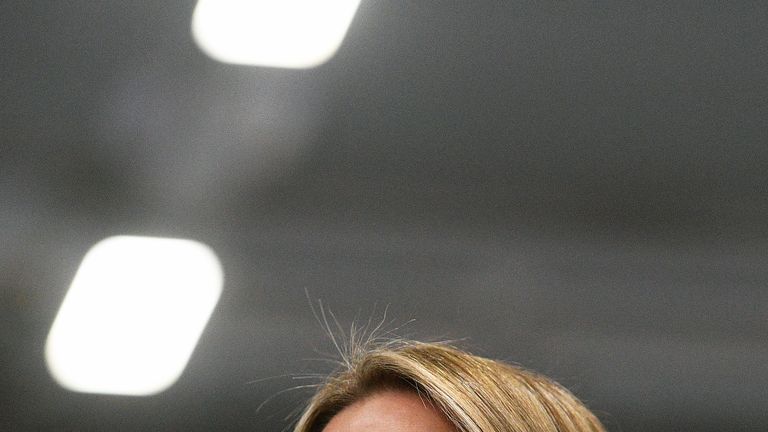 This tour was always about exposure. I have to get more players exposed to the best level of competition as soon as possible in this cycle, if we’re to stand a chance of backing up that Commonwealth Games gold. Maybe to the public three years sounds a long time but in performance sport it goes really quickly

After their tour to the Southern Hemisphere, a trip to South Africa is on the cards in the latter part of November before the turn of the year sees the arrival of the Vitality Netball Nations Cup.

Jamaica, New Zealand and the SPAR Proteas will all arrive in England in mid-January and all will aim to finish the four days of competition on top.

Fantastic news and great to be bringing the 🌹’s back onto home soil in January! Promises to be a great contest between these 4 nations 👊🏻 Please get behind this great team and show your support 🏴󠁧󠁢󠁥󠁮󠁧󠁿 https://t.co/dgQCNWdBJq

Right now, as the players take their first steps under Thirlby and attack this busy schedule with gusto, what can they expect when it comes to the head coach's style?

"I believe very much about being authentic - I can't be anything other than that. So what these players will see is what they will get, I very much wear my heart on my sleeve.

"I'm 100 per cent committed and will give my all for this group and will try and help them to be the best player that they can be and wherever that takes them then fantastic."

Sky Sports is your home of netball and it returns to your screens shortly, starting with the British Fast5 All-Stars Championships on Saturday, October 12, while the Roses return to televised action under Thirlby when they tour South Africa in November.