"Men's netball just needs more engagement from people starting clubs because the players are there."

Netball is a sport usually associated with being played by women, but the Knights Men's Netball team and the new England Men's and Mixed Netball Association are looking to change perceptions.

The Knights players come from all different sporting backgrounds and are building strongly. They have a new head coach and are challenging the Vitality Netball Superleague women's sides, finishing third at The BiG Showdown, a pre-season tournament against five franchises.

The Knights' ambitions have become lofty and their role important, as founder Lewis Keeling explains.

"About two years ago we decided that we were all playing social and mixed netball and there just wasn't a pathway for men," Keeling told Sky Sports during a break in play at The BiG Showdown tournament in Bath.

"Some of us had played in the England Nets teams. It was the only pathway that we could really go on and wasn't a regular thing.

"We'd get to the highest level of social mixed netball and all of our ladies would go on to play Regional, Prem or go into the pathways and up to Superleague. We didn't have anywhere else to go.

"We could have started another mixed team, toured the country and tried to do something there, but it wasn't really going to make an impact. So, we thought that we'd start a men's team." 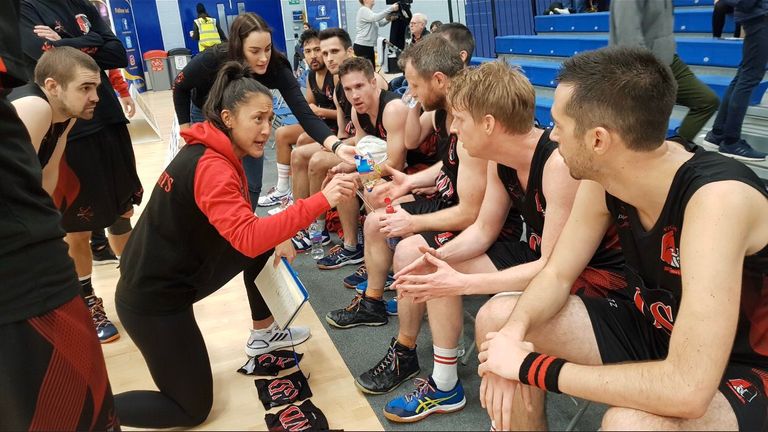 The more we can get the exposure for men playing netball, the more we can hopefully start to attract the younger boys and get them playing and clubs accepting them into the fold. That’s one of our biggest things, to get male participants involved in netball but it’s a lot easier said than done.

Keeling's aim when creating the Knights was to start slowly and build their way up. He knew that trying to have a national league and championships like Australia's men's sides do, was running before you could walk.

But, with the engagement and the acceptance of the netball community in England - something he feels is an exceptional part of the sport - the Knights have developed at pace.

From starting in April 2018, the trajectory has been an upward one including exhibitions at Fast5, behind-closed-doors matches in training with Superleague sides and now ticketed matches against them.

After a third-place finish at The BiG Showdown and narrowly missing out on a place in the tournament's final, more and more people will have been exposed to the Knights' skills.

"The common thing that teams who we play against say about us, is that it is a different style of netball. An absolutely different style," Keeling shared.

Everyone at Sirens really enjoys playing against the Knights. They're a really respectful yet determined group of men, who share our love for the game. They bring something exciting to netball and we love rising to the challenge of playing against their different style and attributes.

"For us, because we haven't had coaching from an early age, and with most of us coming from different sporting backgrounds like basketball, rugby, rowing, the whole shebang, our style makes teams think.

"It puts them outside of their comfort zone and shakes up their training rather than keeping the same movements." 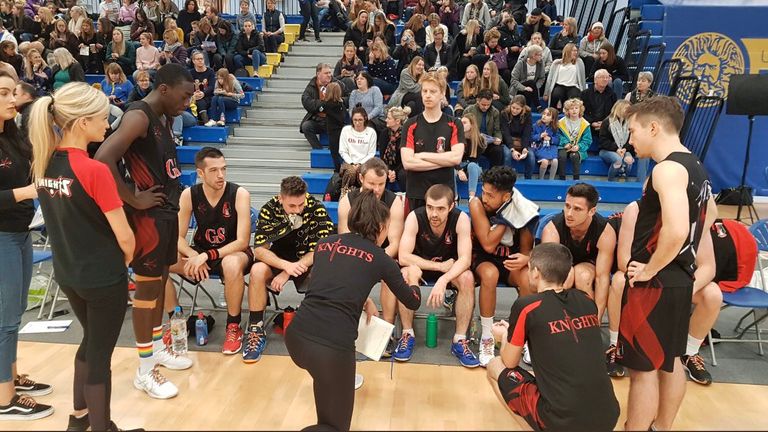 Every time I get to go and coach the players, and when I’m with them, there’s a little bit more excitement growing because of the potential that they have got.

Shaking up training within the Knights' own environment is someone who not only knows the players well, but has an extensive CV to her name - Talissa Haynes.

Haynes was Surrey Storm's NPL head coach when they were the unbeaten champions in 2015/16, she's a former Superleague player herself and was co-captain of the England side who became INA World Champions.

"Back in late October I had my trial session," she shared with Sky Sports.

"We've counted it which means that before The BiG Showdown I'd had just three sessions with the players.

"For me, I've been so incredibly lucky with the female side of netball from a playing and a coaching point of view, that I was really excited about the opportunity of taking on something with a blank piece of paper. There is nothing set already and that excited me.

The Knights play in a really good spirit, they’re competitive but they’re very supportive of the game and the players who they are playing against. They’re very good at being confidential when it comes to what different clubs are working on, for example they knew who a lot of the signed players were before they were published. They’re very professional in their approach and the Knights’ integrity makes them a really good club to work with.

"The guys are so athletic that we just need to tune that in and catch up with a little bit of extra court-craft. That's the area that the guys lack in because they don't get as much exposure at a high level.

"One of my biggest things as a coach is that I never want a team not to have their individual flair. When I was at Storm, and lucky enough to work with Tamsin, we were very clear that what we were sharing was principles.

"It wasn't and isn't robot netball. It's about making that right decision at the right time. With the men, they could cause a serious amount of damage [positively] in the way that their netball looks."

How many of these men will be representing England @ the Mens & Mixed Netball World Cup in Perth 🇦🇺 2020?
This is just a small representation of the men playing netball across the country in mens teams & the many mixed social leagues.#mensnetball #mixednetball #netball #EMMNA pic.twitter.com/iFjIwGxFra

Improving their own skills on court is not the only thing on the Knights' agendas. The players, and their head coach, are acutely aware of the opportunity that they have to drive and lead a movement in England.

"Since taking the role, the amount of people who have contacted me saying that their son loves netball but he doesn't know where to go to play", Haynes said.

"Or, that their son doesn't know what to do because he is one of the only boys who plays the sport in the area.

"For us, one of the things we want to do is to try to show that men and boys can play netball. It's also about changing the mindset of some people who are involved in clubs to ensure that they do accept boys into clubs."

Of course, there are barriers that the Knights and other men's sides in England will have to overcome.

How do they fit in governance wise? Will the International Netball Federation (INF) recognise men's netball in the future? How can more sides be started all over the country and where do they come together? 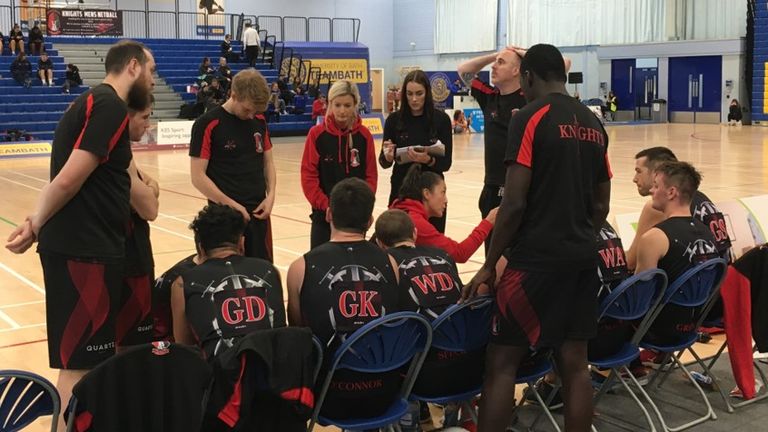 If you look at the Superleague teams, you couldn’t ask for any more engagement. They don’t have to accept us, they don’t have to bring us in and I’m sure it hasn’t been the same for women going into more traditional men’s sports in the past. From the engagement that England Netball could have done with their instruction by the INF, I think they have been absolutely brilliant for us too.

When it comes to providing the answers to some of the key questions, or taking the first steps on the road to finding them, a new organisation has bee set up called the England Men's and Mixed Netball Association (EMMNA).

This follows the structure that the Australians have and is the brainchild of one of the Knights, Ryan Allen. With EMMNA they are looking to tackle some questions, find some answers and together are all building towards a selection process looking at the World Cup in Perth next year.

Within England, the Knights have been joined by the Northern Titans men's side, and that is another hugely positive step.

"We get messages every day from players who want to play and we try and keep it as open as possible at the Knights. We'll trial people at games and we run an annual trial where all of the squads could move.

"We've got a few other teams that are looking to start up and then we can start thinking about tournaments as a first stage. Then we can think about leagues and competitions and go from there.

"After the weekend at The BiG Showdown everybody was absolutely buzzing," Haynes added. "People were saying to me, will Superleague ever let men's netball into the competition?

"I said, 'No' and they shouldn't. There's no reason why we can't have a men's level of Superleague here and that for me, is where we need to start thinking."