"I just felt so honoured to be able to go out there and represent England, but also to be a part of a really special group of girls and a team who are so supportive and happy for me."

With the support of her new team-mates, England's newest Rose, Kate Shimmin, is loving every moment in training camp and has hailed the character of the group as they prepare for the Vitality Nations Cup.

Shimmin's journey to running out for the Roses in Cape Town started, and has been honed, on the other side of the world. The defender, who is eligible for England through dual citizenship, is from South Australia and grew up in the Northern Suburbs of Adelaide.

She began conversations with Tracey Neville about putting her hand up for selection by the Roses and was named in Jess Thirlby's first Roses squad back in August 2019.

Following behind closed tours to Australia and New Zealand, Shimmin was selected for the end-of-year Test series in South Africa.

Having watched the first two Tests from the bench, she was selected the start the third in Cape Town and duly took to court for her maiden cap. The defender can recall the match as if it was yesterday and reflects upon it with a great deal of pride.

"It was amazing. I've re-watched my cap a few times because it's just so important to me," Shimmin told Sky Sports.

"I just felt so honoured to be able to go out there and represent England but also to be a part of a really special group of girls and a team who are just so supportive and happy for me.

"This is a team where everyone is so accepting, no matter where you come from, your little quirks are embraced. It was a really special moment and I'll always remember it.

"This is a new experience for me and I just want to soak up every opportunity that I get. I just want to enjoy it, learn from it and embrace the challenge."

As a promising young sportswoman, who also thrived at volleyball, Shimmin took the decision to focus on netball and follow in the footsteps of other family members.

"My mum was my coach at one point and my sister lived and breathed netball, she was an Adelaide Thunderbird the year before I joined the team and it was just a big part of our life.

"My favourite thing about playing netball is playing in a team. You're with your team-mates and you are part of something that, as a collective, you want to do together."

The defender, who has Layla Guscoth and Chelsea Pitman as team-mates at the Adelaide Thunderbirds, highlights that her time at the Australian Institute of Sport (AIS) in Canberra shaped her.

She went there after finishing high school and openly shares how it moulded her into the athlete she is today.

"At the AIS, I really learnt how to train. It's where I learnt that you can't just rely on your talent, you have to be good in all aspects of your sporting life," Shimmin said.

"You need to be disciplined about going to bed early, about what you put in your body, about working hard in the gym and all of those different areas.

"So, because I learnt that and changed my ways, I was able to join the Thunderbirds programme. I still had a long way to go but I gained a lot from that year at the AIS."

Without Shimmin admitting that she had to learn these lessons, you would never have known that in her younger days she needed that little extra push to knuckle down.

Now, she says that she would be 'devastated' if someone ever said that she was lazy and the qualities she admires most in other athletes are ones of hard work and hustling, both on and off court. 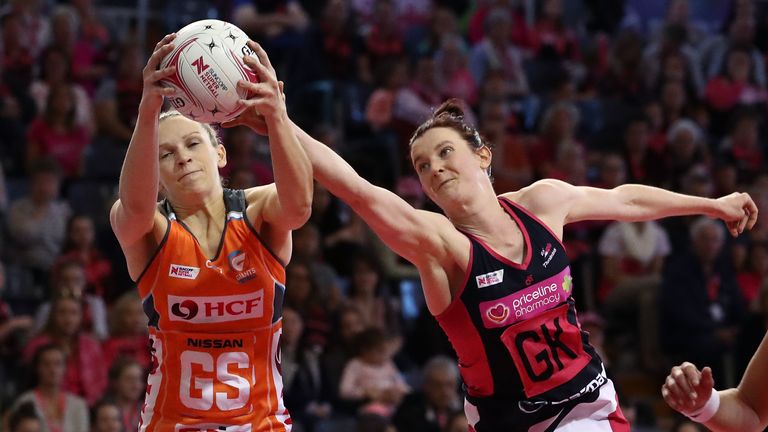 I think the Roses is a great fit for her, she plays the game a little differently and has some unique qualities to bring to her position. The English playing style really embraces diversity and variety so I hope Shimmo gets the opportunity to show the Roses fans all her weapons and tricks in the Nations Cup.

The defender's first cap for the Roses, her work for the Thunderbirds and the views of friend and coach Dan Ryan, all clearly show that Shimmin didn't need telling twice once she had learnt those early lessons.

"I've coached Shimmo for a number of years and absolutely love the way she attacks the game," Ryan told Sky Sports.

"She's a dogged competitor and gets a real kick out of getting under the skin of those shooters.

"Shimmo can be an absolute menace in that defensive circle, especially over the shot, and her ability to pluck the ball out of the air is pretty spectacular." 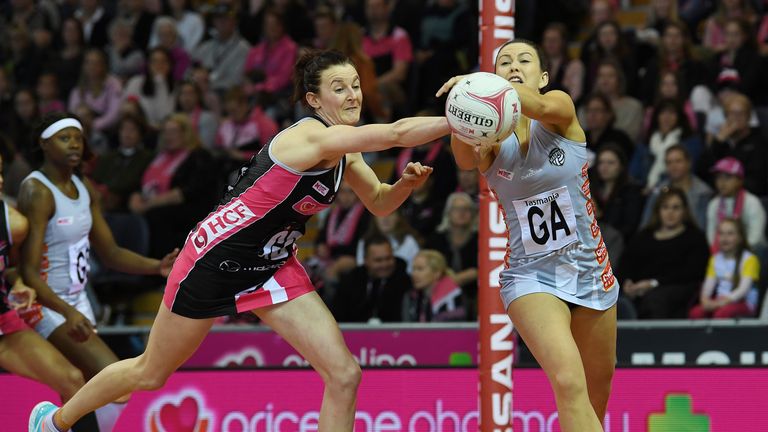 Kate's always upbeat and she's always giving you a positive vibe. She's just a really vibrant person. Her arms are a joke on court! You throw the ball, thinking that it's a great feed, and then she's tipped it! She's settled into the team really well and adds so much.

Shimmin is a bubbly and outgoing character but even with such qualities, joining a new squad on the other side of the world takes courage. However as soon as she stepped into the Roses environment, she realised that she need not have worried.

"Whether they have grown up playing netball together or against each other, netball in England is such a tightknit community," she said.

"All of the girls have seen each other growing up and to be able to go into that (environment) and to have been welcomed so openly, despite not knowing anybody, just shows the character within the group."

Body is sore, mind is tired & feet look like they've been peeled like a carrot 😂 but I am happy! #doingwhatilove Love being back & pulling on this kit every day 🌹 I feel immense pride when I pull on that red dress, but I also feel it every opportunity I get to wear this kit & call myself an England Rose 🌹❤🏴󠁧󠁢󠁥󠁮󠁧󠁿 • Week 1 ✔ @englandnetball

Shimmin's experience of being accepted so completely, isn't a one-off. Instead it's shared by someone who she has been friends with since she was a teenager, and who also made the journey from Australia to England.

"I feel such a sense of belonging and welcoming and my uniqueness and weirdness is accepted," Pitman said during last year's Netball World Cup.

"My style of play flourishes and is nourished, it's amazing. The culture, the people, the girls - it's one of a kind." 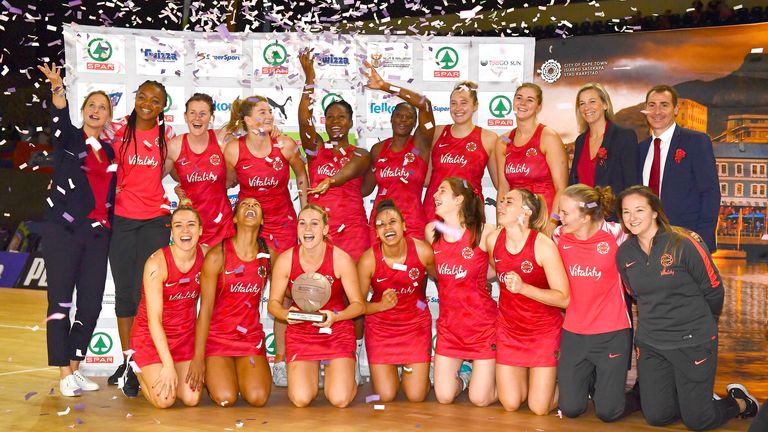 We are a young group and a new group, and we have a lot to learn but we’re so excited for this opportunity to be able to face up against some really strong sides. We have total belief in ourselves that we can get the job done.

For Shimmin, Pitman and the rest of the Roses, this forthcoming Nations Cup competition represents a chance to build upon their work in South Africa and announce themselves to English fans.

"I hope that the other countries are looking at us and are a little bit nervous because we're a bit unknown to them at the moment. We can really use that to our advantage," Shimmin said.

"As long as we can do the groundwork by analysing our opponents, and making sure that we have a really good and solid game-plans that we believe in, it's going to be really tough for them to win (against us)."