The mid-court attacker, who plies her trade in Suncrop Super Netball, was rested for the recent Test series in South Africa and is re-introduced for this exciting competition.

The Vitality Nations Cup commences on January 19, with every match-day being shown live on Sky Sports, and it marks the first time that the Roses will have played on home soil since this summer's Netball World Cup.

Head coach Thirlby has again named Natalie Haythornthwaite as captain, with Laura Malcolm performing the role of vice-captain for the four match-days in three different cities across England.

After their 2-1 Test series victory in South Africa, Thirlby highlighted to Sky Sports that she wouldn't be making wholesale changes to her squad so that she didn't 'undo' the work that they had been doing.

The new face is Manchester Thunder's Amy Carter and she could win her maiden Test cap in January. In contrast, England's most-capped player in history, Jade Clarke, is also selected in mid-court.

Due to the competition regulations, Thirlby will be required to name just 12 players 24 hours before each match.

"It will be a fantastic opportunity to expose many of the newer faces to three of the top five world ranked teams, whilst doing so at an almost sold-out home series which will be pretty unforgettable," said the head coach. 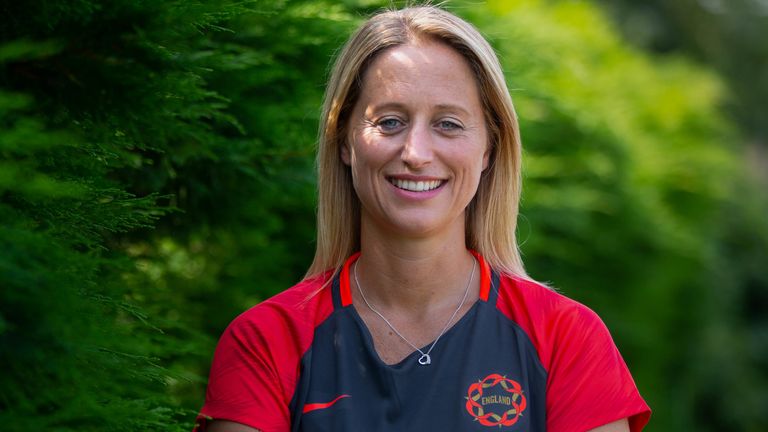 There’s a real blend of talent and experience amongst this squad, from the likes of Chelsea Pitman who will be wearing the red dress again following a successful Vitality Netball World Cup campaign earlier this year, to debutant Amy Carter or Sophie Drakeford-Lewis who gained her second cap in the recent test series with South Africa.

"We are lucky that we have a lot of players in the Roses programme that are hungry for success and ready to take on this challenge.

"Many of whom have already benefited in the lead up to this series from a tour to New Zealand, Australia and South Africa during a jam-packed international window.

"We can't wait to get out on court and to see the Roses fans out in force once again for what is going to be a thrilling series."

The Silver Ferns will be without Laura Langman and Katrina Rore for January's Vitality Nations Cup, with Maria Folau having retired from netball.

New Zealand and South Africa have already announced their squads for the competition with the SPAR Proteas welcoming back the dynamic Karla Pretorius into their defensive end.

The world champions will be without their captain Laura Langman and Katrina Rore as both are having their workloads managed. Plus, with Maria Folau having retired from netball, there is an opening in their attack end.

The Roses start their campaign against the Silver Ferns on the opening match-day of the competition before re-acquainting themselves with South Africa and then the Sunshine Girls.

Thirlby has also named an England-A squad that is filled with 15 other athletes. Within it, Saracens Mavericks' Gabriella Marshall and Team Bath Netball's Imogen Allison will act as co-captains.

This group will partake in behind-closed-doors training matches against the Vitality Roses, New Zealand and South Africa.