"I'm looking at Scotland not only being a competitive nation on the court but at netball, being one of the biggest sports in Scotland off the court," says CEO

Claire Nelson, the CEO of Netball Scotland, believes the Scottish Thistles haven't even scratched the surface of their on-court potential. She talks to Sky Sports about her confidence in Tamsin Greenway and their ambitions to host a Netball World Cup in the future.

The Netball Scotland chief announced the appointment of her new head coach Greenway on Friday, with the news creating a wave of positivity and excitement around the world of netball.

Nelson, who was appointed into the role of chief executive back in October 2015, is a driven and progressive leader.

She places success at the heart of everything she does and truly believes that there is so much more to come from the Scottish Thistles and from the sport of netball in Scotland.

"We've got a leading brand; we are fast-growing, and we've got this fantastic Superleague franchise," Nelson said to Sky Sports.

"As a national side, we've grown to eighth in the world rankings and have really delivered some fantastic improvements as a national squad.

"However, I don't believe we've even scratched the surface of our on-court potential yet. The next four years is about us really building our performances."

Scotland enter this international period looking to reach new heights, with a fresh leadership team in place after Gail Parata's departure back to New Zealand.

She split the roles of the national head coach and that of Strathclyde Sirens and created a new technical director role at the Superleague franchise.

As the dust settles on our big news of yesterday I would like to formally welcome @tamsingreenway to our @NetballScotland #Family💜 I back her 💯 to lead @ScotThistles & truly believe we haven't seen anything yet when it comes to this lady! #DreamBig #ThenMakeItHappen 🏴󠁧󠁢󠁳󠁣󠁴󠁿 https://t.co/Aityxfc5N1

After the appointments of Karen Atkinson as Sirens technical director and Lesley MacDonald as their head coach, Greenway completes the unit with her first job as an international head coach. Nelson explains why the 37-year-old is exactly the right person for the job.

"It's not just one reason, it's a multitude of reasons," Nelson said. "I've been working with Tamsin ever since we both brought franchises into the Superleague and I knew then, sitting around a table with her, that we had similar visions and ambitions.

"Tamsin comes from a performance and coaching arena and really understands what netball could (and should) look like, in terms of having a strong domestic league and brand, and how that impacts on the national game.

'Scotland role the perfect fit for me'

Tamsin Greenway opens up about her reasons for taking the role as Scotland's new head coach and shares her excitement at working with such a forward-thinking nation.

"As coach, she's an incredible tactician and she knows the game. Tamsin is able to attract great talent but more importantly, she's able to get the best out of the players she coaches.

"Her whole vision and passion for netball are areas that I'm really bought into. I believe what she's bringing, what Karen Atkinson is bringing and also what I'm bringing to the table, will create a really powerful trio of women. 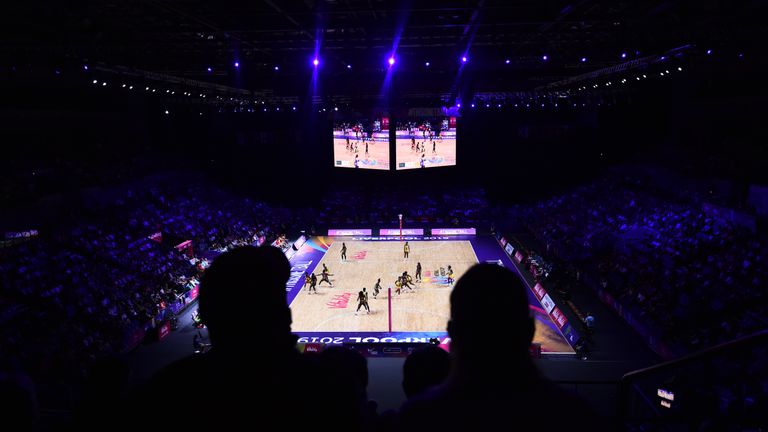 For me as a Chief Executive, I'm looking at Scotland not only being a competitive nation on the court but at netball being one of the biggest sports in Scotland off the court. We want to be able to host a World Cup in the future and the appointments of Karen, and now Tamsin, are the first steps and the first rungs on that very ambitious ladder.

Scotland finished the 2019 Netball World Cup on a winning-note courtesy of a 53-42 victory over Barbados. The result secured them 11th position however they went into the competition with a target of finishing inside the top eight.

"This is a different challenge for Tamsin and is different to perhaps taking on a winning Superleague team," Nelson said openly. "However, I think that is going to prove the merits of her as a coach and we will see that in terms of her work with the squad.

"The players are so passionate about representing their country and I think having someone of Tamsin's calibre and presence, is going to be really exciting. It's also going to mean that they will need to bring their A-game and I expect our players to seize this opportunity with both hands.

"I believe that we have now got the No 1 coaching team in UK netball and one of the best in global netball. With Tamsin and Karen, if you look at what they have delivered and who they are, it is phenomenal."

Only downside about this👇 is that she doesn’t drink coffee 🤭☕️ (from what I remember) but I’ll get over it! Excited to work with you @tamsingreenway. See you in Scotland 🏴󠁧󠁢󠁳󠁣󠁴󠁿 https://t.co/t2YkXk3jc3

The immediate focus for Nelson, Greenway and the Scottish Thistles who are selected in the squad, will be the Netball Europe Open Championship. At the end of August, England, Wales and Northern Ireland will arrive at the home of Scottish netball, the Emirates Arena, and will compete against the home side.

"I want Scotland to realise its potential, on and off the court," Nelson shared. "We've taken a lot of learnings from the last cycle and it's now it's about going to that next level."

Nelson knows that gaining exposure to other playing styles, on a regular basis, is something that will assist them in reaching new heights. It is the reason why she is currently shaping an international match-play strategy as well as continuing to drive the sport's visibility and gravitas in Scotland.

"For me, with netball in Scotland, there's huge potential for the nation and for the sport. It's my job to try and unlock that potential. I cannot do it on my own and that's why bringing in great people and partners around us is critical.

"I'm working on other big things; I hope that they come off but right now the appointment of the brilliant Tamsin Greenway as our national coach is enough to keep us going for the meantime!"

Sky Sports is your home of netball and is back on your screens this month when the new Vitality Superleague season gets underway, with all 10 teams in action at the Season Opener from Arena Birmingham on Saturday, February 22.