The Northern Mystics produced an all-court performance to beat the Waikato Bay of Plenty Magic 47-40 as the ANZ Premiership competition restarted in New Zealand.

After a 95-day hiatus, elite netball recommenced at Auckland's Netball Centre with both teams' friends and family allowed in the stands.

The contest was the first of Round Two and marked the start of 10 weeks of netball, all live on Sky Sports. The competition will conclude with the Finals Series on August 23 in Invercargill.

The first goal of the match took two minutes and 14 seconds to arrive.

The Magic took the first centre pass but pressure from Silver Fern, Phoenix Karaka, and her partner in the circle Sulu Fitzpatrick, paid dividends for the Mystics.

Karaka's early intercept was followed by long and confident passing in order for them to find shooter Grace Nweke, although she was a little rusty on the shot.

After another end-to-end passage, Nweke finally sunk her second attempt and the action continued from there.

With the amount of ANZ Premiership matches remaining the same, but being condensed into a shorter amount of time, quarters have been cut to 12 minutes in duration.

The Mystics held a productive 11-8 lead at the first pause and added a goal to their cushion by half-time [22-18].

They developed their advantage as a result of continued pressure from Karaka and Fitzpatrick, whilst Peta Toeava gave a masterclass at WA.

Toeava's quick release and vision continually found Nweke, the exciting teenager who stands at 193cm, but the Magic refused to let their opponents get on a run.

The Magic amended their line-up for the third quarter - swapping attackers Whitney Souness and Ariana Cable-Dixon - and it made a difference to their work.

👀 When you see it, give it! Confident netball from @northernmystics out on court.

Erena Mikaere, formerly of the Mystics, did her utmost to disrupt in defence too but as a whole, the Magic were not able to close out when they needed to and failed to take the lead.

In the face of sustained pressure, the Mystics stayed cool. They pressed in the final moments of the third, with Tayla Earle showing her worth on the front foot and in defence at centre, and a four-goal cushion turned into seven to secure victory.

Both teams will now return to their respective training courts in order to prepare for Round Three.

The Magic will meet the Tactix next Friday morning, whilst the Mystics will take their winning-momentum into a double header. They will meet the Steel on Saturday, June 27, before taking on the Pulse the following Monday. 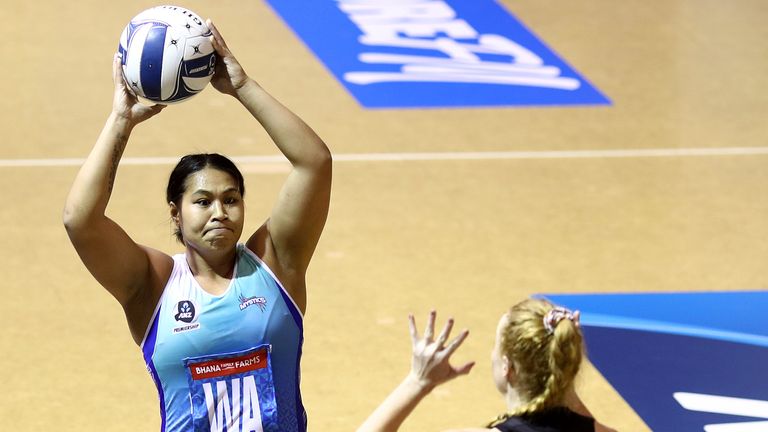 I felt sorry for the Magic's defenders because Peta does that to us in training and it's such a hard one to get your head around. It's great having her on my team, so I'm okay with that!!

The second fixture of the ANZ Premiership's restart will be the two-time champions Southern Steel taking on Mainland Tactix on Saturday morning, live on Sky Sports from 6am.

Both are looking to secure their first victory of the season after losing in Round One and the Selby-Rickit sisters - Te Paea and Te Huinga Reo - will be facing off against each other.

On Sunday, there's a 2019 Grand Final rematch between Northern Stars and Central Pulse before the Stars complete Round Two against Tactix on Monday.