Seattle Seahawks defensive end Darrell Taylor was taken to a nearby hospital after suffering an apparent neck injury while trying to tackle Pittsburgh Steelers running back Najee Harris late in the fourth quarter; NBC reported Taylor had movement in his extremities. 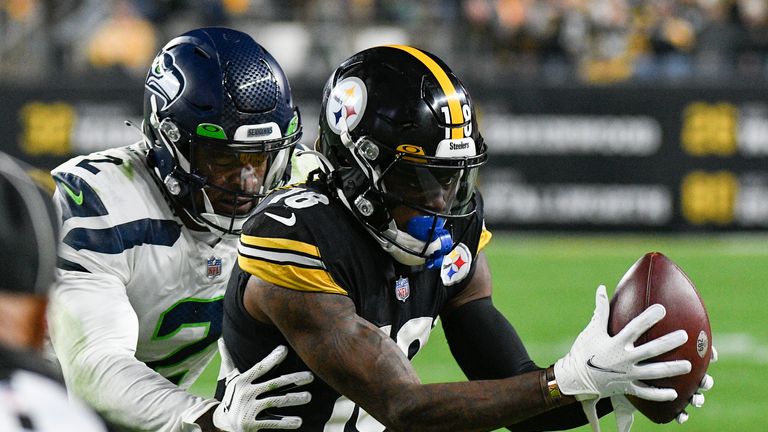 T.J. Watt produced the decisive play of the game as he strip-sacked Wilson's replacement at QB, Geno Smith, with just over four minutes of extra time remaining. Two plays later and Boswell fired his kick through the uprights.

Smith otherwise had a decent outing in his first NFL start since 2017, completing 23 of his 32 passes for 209 yards and a touchdown. Seahawks running back Alex Collins, meanwhile, rushed 20 times for 101 yards and a score. 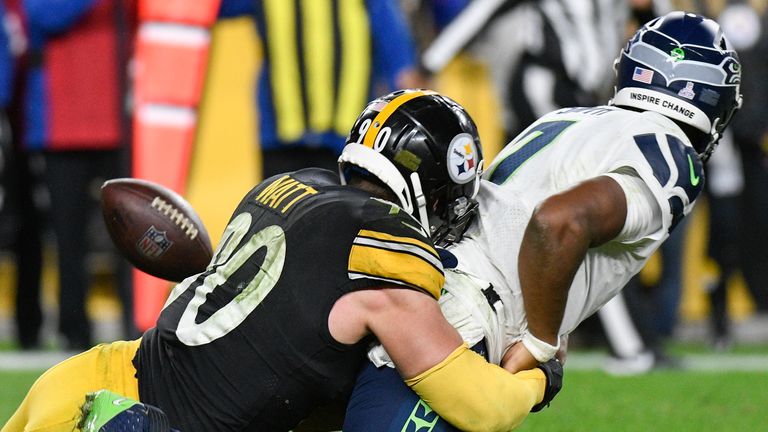 That said, Seattle's offense were slow to get going and they trailed Pittsburgh 14-0 at half-time before working their way back into the game after the break.

Jason Myers kicked a 43-yard field goal as time expired to send the game into overtime tied at 20-20, although the Seahawks very nearly missed their chance to do so.

With 18 seconds left, D.K. Metcalf caught a 12-yard pass from Smith, but instead of stepping out of bounds to stop the clock, he tried to turn up field and fumbled the football. Fortunately his team-mate Freddie Swain was on hand to recover and Seattle managed to spike the ball in time to leave precious seconds for Myers' kick.

But, following Smith's fumble in OT, the Steelers ultimately came away with the victory that moves them to 3-3 on the season, while the Seahawks drop back to 2-4.

More concerning to Seattle, however, will be the injury to defensive end Darrell Taylor, who was strapped to a gurney and taken off the field after suffering an apparent neck injury while trying to tackle Steelers running back Najee Harris late in the fourth quarter.

Taylor was taken by ambulance to a nearby hospital, with NBC reporting he had movement in his extremities.

It was a tale of two halves, certainly as far as the Seattle offense was concerned in this contest. The Seahawks mustered just 55 yards total when going into the half trailing their hosts 14-0. Pittsburgh too had started sluggishly on offense before their impressive rookie running back, Najee Harris, opened the scoring on a five-yard touchdown pass from Ben Roethlisberger with 10 minutes remaining in the second quarter. Tight end Eric Ebron then scored on a one-yard run on the Steelers' next possession.

But the Seahawks came to life after the break, beating their first-half offensive statistics on their opening series as Collins scored on a two-yard run to cap a 75-yard drive.

The Steelers responded with a first Boswell field goal, this one fired through from 27 yards, but when Seattle scored again on their next series - Smith finding tight end Will Dissly in the endzone from a yard out - the visitors were suddenly trailing by only three. Jason Myers kicked a 40-yard field goal to tie the game up at 17 apiece, and then Roethlisberger fumbled on Pittsburgh's next possession, though the Seahawks couldn't capitalise off of the turnover.

Boswell edged the Steelers back in front with a 52-yard effort with 90 seconds left, but that was enough time for Seattle to send the game to overtime - despite Metcalf's fumble nearly scuppering things.

After both teams punted on their opening possessions in OT, Pittsburgh pass rusher Watt came up with the decisive play, stripping Smith to set up Boswell's game winner.

The Steelers (3-3) now head into their Bye Week before travelling to Cleveland in Week Eight for an AFC North divisional clash against the Browns (3-3). The Seahawks (2-4), meanwhile, have a Monday Night Football meeting with the New Orleans Saints (3-2) next week.