Alvin Kamara made 10 catches for 128 yards and a touchdown while rushing for 51 yards to set an NFL record by reaching 3,000 yards receiving and 3,000 yards rushing in 66 career games, breaking the mark set by former 49ers star Roger Craig, as the Saints beat the Seahawks 13-10 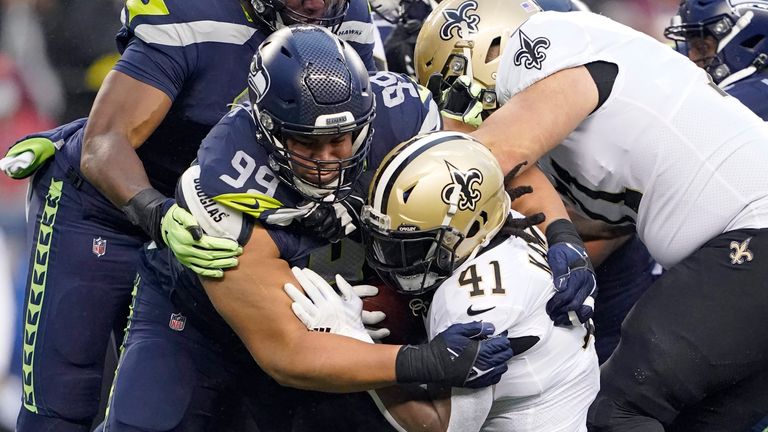 Brian Johnson kicked a 33-yard field goal with 1:56 remaining on his NFL debut as the New Orleans Saints capitalised on a series of Seattle mistakes for a 13-10 win over the Seahawks on Monday night.

Alvin Kamara carried the load for New Orleans and Jameis Winston made a handful of plays when needed, but the Saints escaped Seattle thanks largely to a series of blunders by the home team, led by backup quarterback Geno Smith.

Two of the Seahawks' biggest mistakes came on New Orleans' deciding drive when Seattle were flagged for roughing the passer and jumping offside on a long field-goal attempt. Both penalties gave New Orleans first downs before Johnson's field goal coming out of the two-minute warning put the Saints ahead.

Johnson, a rookie from Virginia Tech, made an extra point and both field-goal tries, connecting from 21 yards in the first half.

"It was tough trying to see what the wind was doing because it was changing constantly throughout pregame and the game itself," Johnson said. "So just stick with my plan that I had coming into it and really focusing on just hitting my ball and hitting good contact that will cut through the wind."

Smith made his second start at QB for Seattle (2-5) since Wilson suffered a serious finger injury in a loss to the Rams. The backup hit DK Metcalf for an 84-yard touchdown in the first quarter but went nowhere when the Seahawks had a final chance to tie or win.

He was sacked on consecutive plays by Malcolm Jenkins and Demario Davis before being pressured again on fourth-and-28 as his throw to Metcalf fell incomplete. The veteran went 12 of 22 for 167 yards - half coming on the touchdown toss to Metcalf - and was sacked five times as Davis, Cameron Jordan and others made his night uncomfortable. Kamara finished with 10 catches for 128 yards and a 13-yard touchdown reception late in the first half, bringing up his fifth career regular-season game with double-digit receptions. He also rushed for 51 yards.

Winston was 19 of 35 for 222 yards and added 43 yards rushing, making enough plays, thanks to Seattle penalties, to get the Saints in range for the winning field goal. 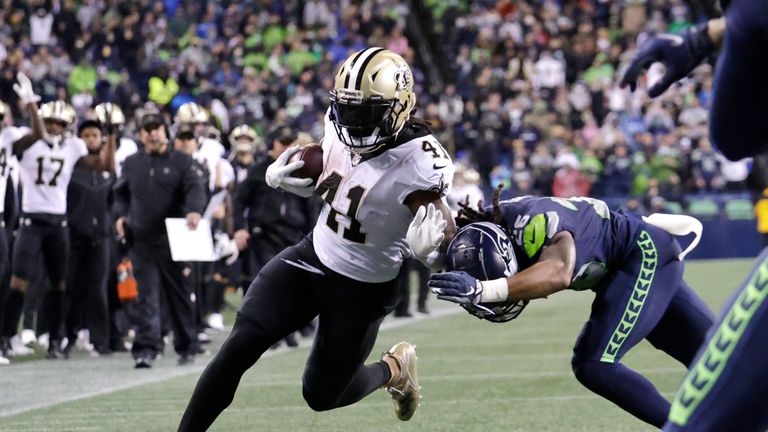 Smith's first completion came with an 84-yard strike to Metcalf, who create separation from Marshon Lattimore and made the catch down the sideline at Seattle's 40 before bypassing a diving tackle attempt from safety Marcus Williams and racing clear to the end zone.

The Saints responded with 10 points in the final 4:23 of the second quarter to take a 10-7 lead. Johnson capped a 19-play, 86-yard drive lasting over 10 minutes with a 21-yard field goal after Kamara had been stuffed for a loss of one on second-and-goal from the one before Winston's third-down pass was knocked down in the end zone by linebacker Jordyn Brooks. 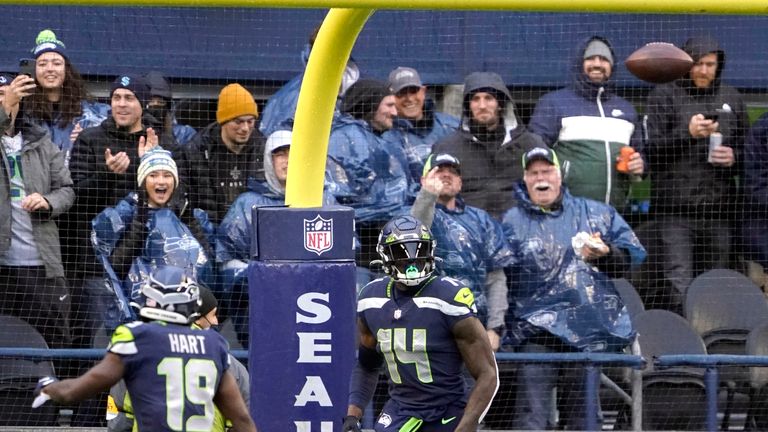 Winston connected with Kamara for a 13-yard touchdown pass with 40 seconds remaining in the half, dropping the snap before retrieving the ball with one hand and firing to his running back on a screen pass. Kamara did the rest.

Seattle's Jason Myers missed a pair of field goal attempts from 44 and 53 yards either side of a 50-yarder to level things up at 10-10 in the third quarter, the second into the open end of the stadium after Smith took another costly sack. 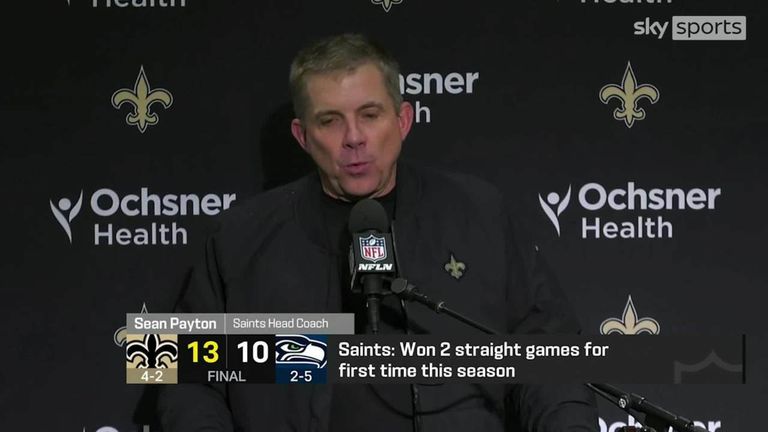 The Seahawks appeared to get a stop on the Saints' game-winning drive, but Marquise Blair was called for roughing the passer on a third-down sack after hitting Winston with the crown of his helmet. Kamara then sprinted past a blitz for 12 yards on third-and-10 and the Saints were in field-goal range.

Al Woods jumped offside as Johnson lined up for a 43-yard attempt, allowing New Orleans to burn another 90 seconds off the clock before Johnson made the shorter try. The Saints host the Tampa Bay Buccaneers (6-1) on Sunday, while the Seahawks are due a visit from the Jacksonville Jaguars (1-5).