Quarterbacks Russell Wilson and Aaron Rodgers, making their NFL returns - the former back from a finger injury, the later after a bout of Covid - were both rusty, combining for three interceptions and zero touchdown passes

A.J. Dillon scored two fourth-quarter rushing touchdowns as the Green Bay Packers broke a defensive battle with the Seattle Seahawks, ultimately shutting out the visitors 17-0 at a snowy Lambeau Field.

It took nearly 50 minutes for the first touchdown of the game to be scored, with only a second-quarter Mason Crosby field goal on the board until Dillon found the endzone from three yards out. Crosby's kick snapped a streak of three-straight misses, including a 42-yarder wide right on the game's opening drive.

Dillan finished with 66 yards on 21 carries and scored again on a two-yarder just inside the final two minutes of an otherwise frigid contest. Packers starting running back Aaron Jones came out of the game late in the third-quarter with a serious-looking knee injury. 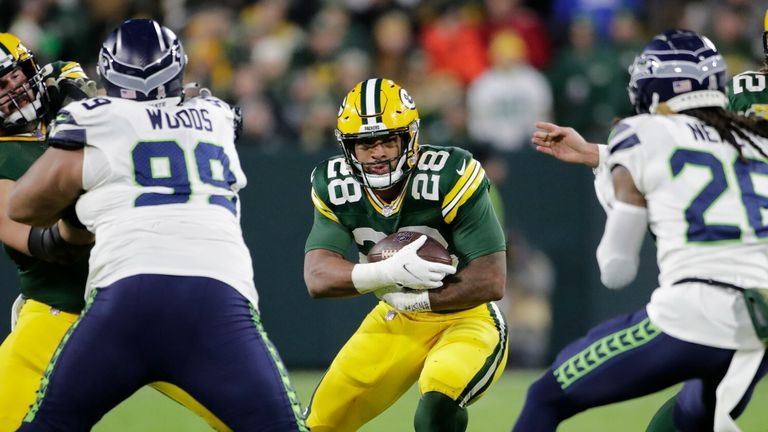 Quarterbacks Russell Wilson and Aaron Rodgers, making their NFL returns - the former back from a finger injury, the later after a bout of Covid - were both rusty, combining for three interceptions and zero touchdown passes.

All three of their picks came in their opponent's endzone, with the first two of them on back-to-back possessions in the third quarter. Wilson's throw intended for D.K. Metcalf on 3rd-and-10 from the 12-yard line instead found Kevin King, while Rodgers was picked off by Jamal Adams nine plays later on 3rd-and-6 from the Seattle 15. 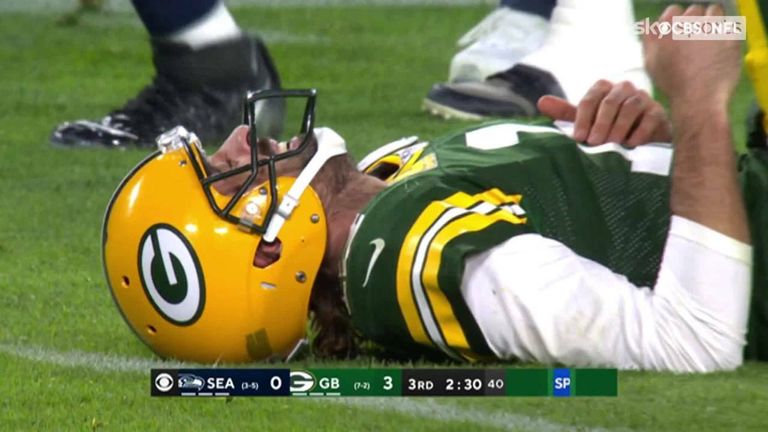 Rodgers would make amends on their next series, leading the team 62 yards down the field on a scoring drive capped by Dillon. He'd repeat the trick after Wilson tossed his second interception on a desperation deep ball looking for Tyler Lockett.

The Seahawks (3-6) were shut out for the first time since 2011, the year before they drafted Wilson, while the Packers rebounded from a 13-7 loss last week at the Kansas City Chiefs when without Rodgers. 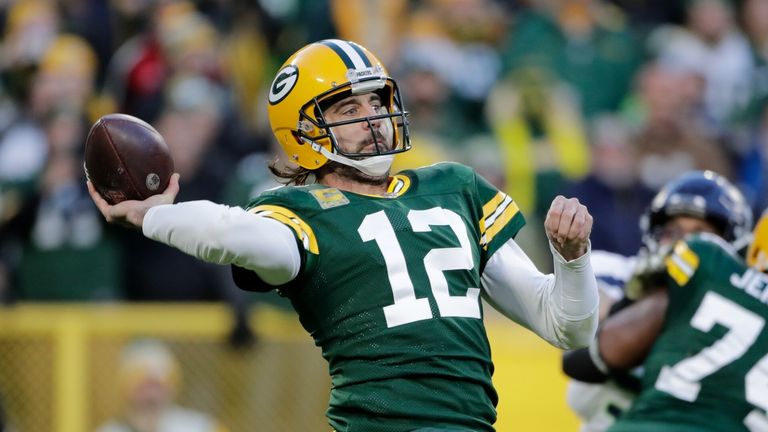 The Packers are on the road in Week 11, travelling to Minnesota for an NFC North divisional clash against the Vikings.

The Seahawks also have a divisional matchup scheduled for next Sunday, but they are at home against current NFC West leaders, the Arizona Cardinals.