Joe Burrow finishes 24 of 34 passing for 244 yards and two first-half touchdowns to CJ Uzomah and Tyler Boyd as the Bengals end their 31-year wait for a playoff win; Ja'Marr Chase logs nine catches for 116 yards; Derek Carr goes 29 of 54 for 310 yards, one touchdown and one interception. Joe Burrow threw for 244 yards and two touchdowns as the Cincinnati Bengals defeated the Las Vegas Raiders 26-19 in the opening contest of Super Wild Card weekend to clinch their first playoff win since the 1990 season.

Germaine Pratt sealed the deal for the AFC North champions when he intercepted Derek Carr in the end zone with 12 seconds to play as the Raiders were looking to level the game on fourth down from the Bengals' nine.

Cincinnati had led by as many as 14 points in a commanding first half in front of their home fans thanks to touchdowns from CJ Uzomah and Tyler Boyd, before the visitors pulled within one score late in the fourth quarter.

"It's a great win for us, for the city and the organisation, but, you know, we expected this," said Burrow post-game. "So, it's not gonna be a big celebration like it was when we won the division. We took care of business, now it's on to the next round." 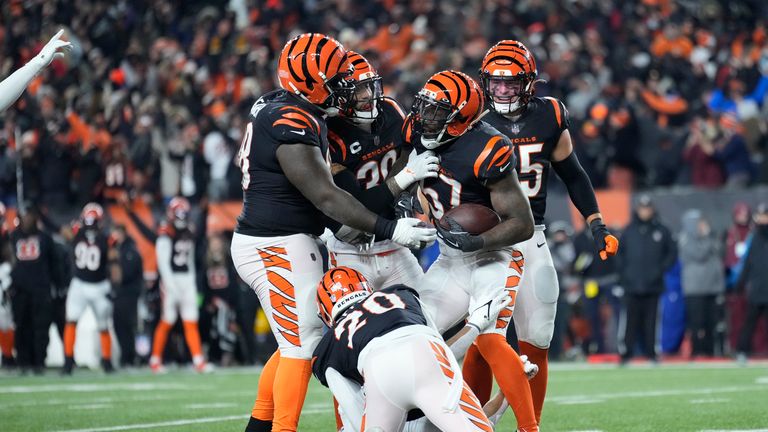 Daniel Carlson reduced the deficit to 26-19 with a 28-yard field goal with 3.34 on the clock after DeSean Jackson's 26-yard catch on fourth-and-five, having also drilled his kick from 34 yards to make it 23-16 early in the fourth and cap a drive that could have resulted in more had it not been for three of the Raiders' seven penalties on the night.

The Raiders got the ball back with 1.51 to play, converting on third-and-17 with a 23-yard catch from Darren Waller and again on third-and-10 through Zay Jones before Carr's pass intended for the latter was picked off by Pratt to finish things off. 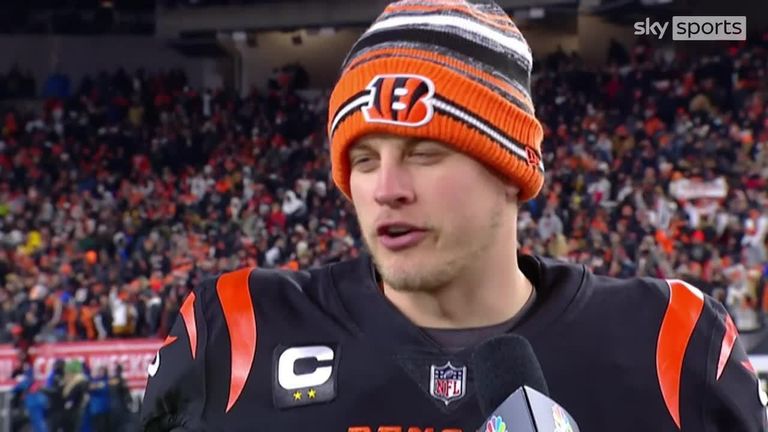 "We just ran out of time today," said interim Raiders head coach Rich Bisaccia. "We did some uncharacteristic things with some penalties and gave up some drives and didn't capitalise when we had it in the red zone at times. So it just didn't go our way today."

Burrow brilliance helped the Bengals establish a 20-6 lead inside the final two minutes of the first half when he scrambled to his right before floating a 10-yard strike to Boyd just as the quarterback's momentum was pulling him out of bounds.

It came in reward for Ja'Marr Chase's end-around run to convert on fourth-and-one earlier in the drive, the standout rookie finishing the game with nine catches for 116 yards.

Jones' leaping 14-yard grab with 20 seconds remaining saw the contest finely poised at 20-13 heading into the break after the Raiders had converted on third down three times during their 11-play, 80-yard march. 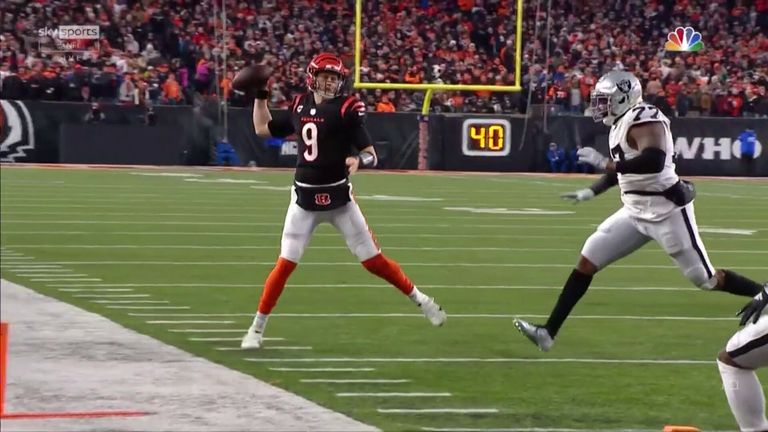 Uzomah had given Cincinnati an early lead when he hauled in a seven-yard touchdown catch on his red zone hitch route following Joe Mixon's 21-yard screen run in response to Carlson's 47-yard field goal for the first points of the afternoon.

Carr was then strip-sacked by Trey Hendrickson before Larry Ogunjobi returned the loose ball to the 15-yard line to set-up a 31-yard field goal from McPherson, who then split the posts from 30 yards moments later after Peyton Barber sloppily carried the ball out at his own two-yard line on the kick return.

Carlson's 28-yard field goal made it 13-6 on the next drive, propelled by Tyron Johnson's 35-yard kick return and a 35-yard tear from Josh Jacobs. The third quarter proved stop-start in light of injuries and some divisive decisions from the officials.

A chunk play to Ja'Marr Chase down the sideline was first negated after Casey Hayward was ruled to have called a timeout prior to the snap, before a Hunter Renfrow catch was brought back after Jessie Bates III had knocked the ball from his grasp despite the Raiders receiver seemingly securing control. 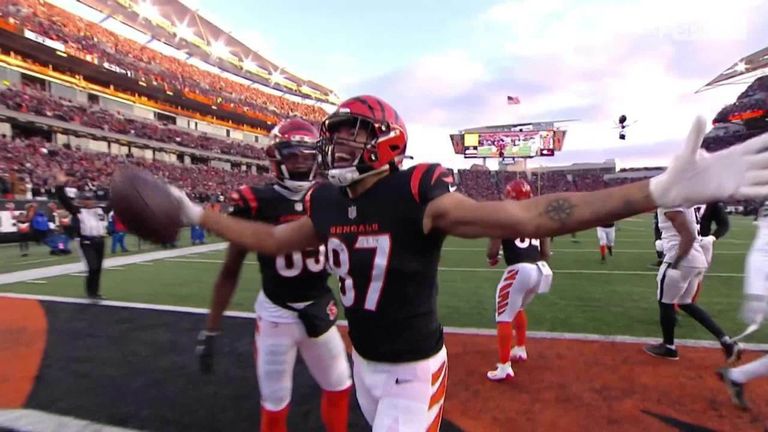 The Bengals move onto the divisional round of the AFC playoffs, while the Raiders potentially begin their search for a new head coach, should they opt not to give Bisaccia the gig on a full-time basis.