Deshaun Watson issues public apology to the women who have accused him of sexual assault and harassment in an interview that was aired prior to the game as his Cleveland Browns side defeated Jacksonville Jaguars; Watson completed just one of his five pass attempts for seven yards 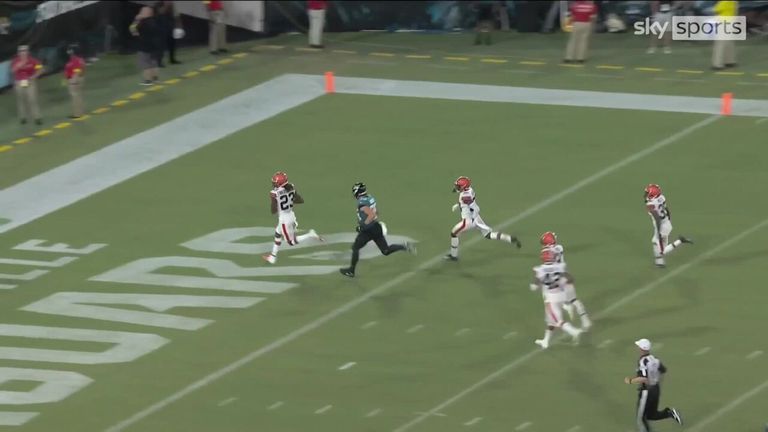 Quarterback Deshaun Watson had an underwhelming debut for his new team as the Cleveland Browns defeated the host Jacksonville Jaguars 24-13 on Friday night.

Watson, who issued a public apology to the women who have accused him of sexual assault and harassment in an interview that was aired prior to the game, completed just one of five passes for seven yards.

In the Friday interview, Watson also acknowledged that the "decisions that I made in my life that put me in this position, I would definitely like to have back. But I want to continue to move forward and grow and learn and show that I am a true person of character, and I am going to keep pushing forward."

Travis Etienne appeared in a game for the Jaguars for the first time after missing the entirety of his rookie season with a foot injury. He rushed for 23 yards on nine carries and added one reception for 10 yards. 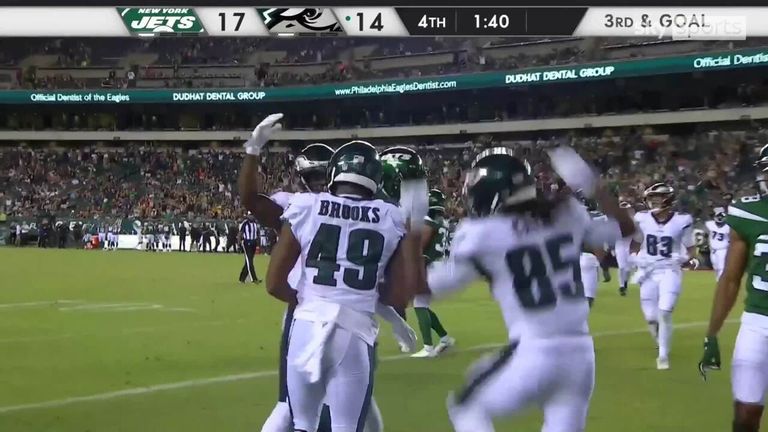 Second-year quarterback Zach Wilson completed just three passes for 23 yards and threw an interception before exiting in the first quarter with a knee injury as visiting New York edged Philadelphia 24-21.

Mike White took over for Wilson, but Chris Streveler ended up the hero, throwing for two touchdowns, including a 5-yard, game-winning strike to Calvin Jackson Jr. with 16 seconds left to play. Jalen Hurts completed all six of his pass attempts, throwing for 80 yards and a touchdown for the Eagles. 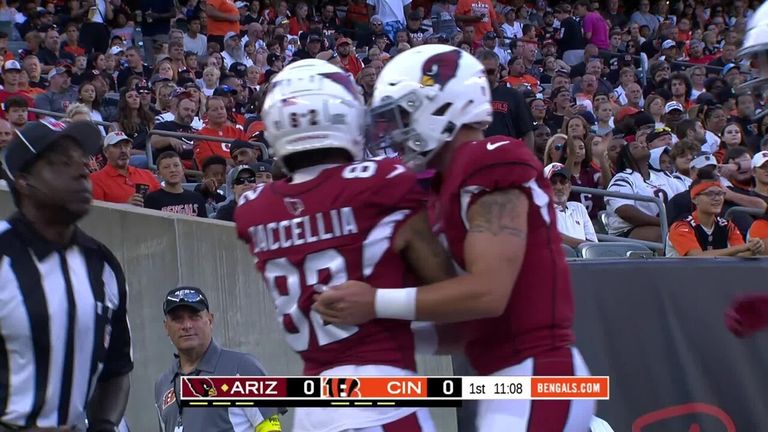 Trace McSorely threw for 163 yards and a touchdown, and running back Jonathan Ward rushed for two scores to lead Arizona to a 36-23 victory over host Cincinnati. The Cardinals dominated the first 45 minutes of action, carrying a 36-9 lead into the final quarter.

Running back Jacques Patrick found the end zone from the one-yard line, and an 11-play, 94-yard drive was capped off by 25-yard touchdown reception by Kendric Pryor in the fourth, but it wasn't nearly enough to get the Bengals back in contention.

Trey Lance completed four of five passes for 92 yards and a touchdown to help San Francisco defeat Jordan Love and Green Bay 28-21 in Santa Clara. Love went for 176 yards on 13-for-24 passing and two touchdowns, but he struggled to solve the 49ers' secondary, throwing three interceptions.

Marcus Mariota attempted just two passes but managed to notch a rushing touchdown, and visiting Atlanta found the end zone with 1:30 left to play to squeak past Detroit 27-23.

The Falcons, however, lost wide receiver Drake London to a knee injury on their first drive of the game. The 2022 first-round pick had one catch for 24 yards.

Running back D'Andre Swift averaged five yards on four carries and found the end zone once for the Lions.

Graham Gano made a 24-yard field goal as time expired to lift the New York Giants over the New England Patriots 23-21 in a thrilling preseason game in Foxborough.

New England had taken a 21-20 advantage with 4:51 left to play in the fourth after quarterback Bailey Zappe connected with wide receiver Lil'Jordan Humphrey for a 20-yard touchdown.

But the Giants responded with vengeance, putting together an 11-play, 69-yard drive to get well within field-goal range for Gano.

Gano made all three field goals he attempted, with the longest coming from 40 yards out. Daniel Jones attempted just 10 passes, handing the offense over to Tyrod Taylor, who completed 13 of 21 pass attempts for 129 yards and a touchdown. Running back Antonio Williams also added a touchdown and rushed for 61 yards on nine carries.

Zappe threw for 205 yards on 19-for-32 passing with one touchdown and an interception. Brian Hoyer also delivered a 2-yard touchdown to rookie receiver Tyquan Thornton, and Kristian Wilkerson finished with eight catches for 99 yards.

Tyler Huntley completed 16 of 18 passes as the Baltimore Ravens cruised by the visiting Tennessee Titans 23-10 in both teams' first preseason game.

Huntley finished with 109 yards and one touchdown. Shemar Bridges was on the receiving end of Huntley's touchdown pass, and went on to post 62 yards on four receptions.

After Mike Davis found the end zone in the first quarter on a four-yard rush to open the scoring, Titans quarterback Malik Willis answered less than a minute into the second. He scrambled to the right, quickly cut back, spun and manoeuvred through a pair of Baltimore defenders to find the left side of the end zone.