Trevor Lawrence takes his Jacksonville Jaguars to Philadelphia to face Jalen Hurts and his unbeaten Eagles, as part of the NFL Sunday double-header live on Sky Sports in Week Four.

Not much was expected of the Jaguars (2-1) this year after tallying only three wins in the entire 2021 campaign, but they will match that total less than a quarter of the way into the season with a victory in Philly on Sunday night. As for the Eagles (3-0), they are one of only two remaining undefeated teams - along with the Miami Dolphins - left in the league. The action gets under way at Lincoln Financial Field at 6pm, Sunday, live on Sky Sports NFL.

Following on from that mouth-watering match-up, we bring you an AFC West grudge match, as the still-winless Las Vegas Raiders (0-3) desperately seek to rebound from a dismal start to the season with a win over Russell Wilson and the Denver Broncos (2-1) - the divisional clash kicking off at 9.25pm from Allegiant Stadium.

Before the traditional NFL Sunday double-header, however, the NFL returns once again to the UK and to the Tottenham Hotspur Stadium in London as the New Orleans Saints (1-2) and Minnesota Vikings (2-1) meet in the first of three International Series games in the capital in October - this one exclusively live on Sky Sports NFL from 2.30pm. 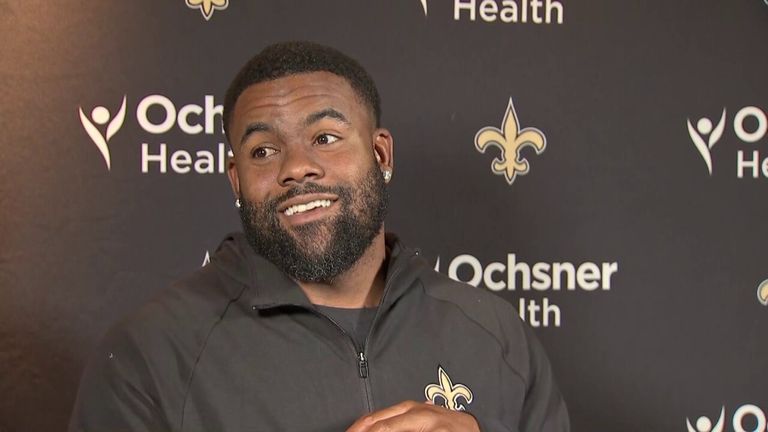 Rounding off the Sunday night action, we join our friends at NBC for Football Night in America and Sunday Night Football for a quarterback clash of epic proportions as Tom Brady and the Tampa Bay Buccaneers (2-1) welcome Patrick Mahomes and the Kansas City Chiefs (2-1) into town - kick-off is at 1.20am, early on Monday morning.

Elsewhere, the Week Four action gets under way with the traditional Thursday night fare as the aforementioned undefeated Dolphins (3-0) travel to the Cincinnati Bengals (1-2), to face the defending AFC conference champs - live on Sky Sports NFL from 1.20am on Friday morning.

Then, on Monday night, Week Four concludes with a fierce division rivalry as the defending Super Bowl-champion Los Angeles Rams (2-1) host the San Francisco 49ers (1-2) in the NFC West. Watch live on Sky Sports NFL from 1.15am, Tuesday.