This week's NFL Sunday action live on Sky Sports sees the NFL's best Philadelphia Eagles (10-1) host the Tennessee Titans (7-4), while Patrick Mahomes and the Kansas City Chiefs (9-2) travel to Cincinnati to take on Joe Burrow and the Bengals (7-4) - live on Sky Sports NFL from 6pm, Sunday

Patrick Mahomes and the Kansas City Chiefs travel to Cincinnati to take on Joe Burrow and the Bengals as part of this Sunday's live NFL coverage on Sky Sports.

As part of the Week 13 triple-header, Sky Sports NFL will also be showing the NFL's best Philadelphia Eagles (10-1) as they face the Tennessee Titans (7-4), who are hoping to bounce back following defeat to Burrow's Bengals last weekend - kick-off at Lincoln Financial Field is 6pm. Following the action in Philly, the Bengals (7-4) will be playing host to the Chiefs (9-2) in Cincinnati. The two teams met in last year's AFC Championship game, held in Kansas City, in which Burrow's charges came out victorious 27-24 in overtime. This one gets under way at 9.25pm.

Rounding off the Sunday night action, we join our friends at NBC for Football Night in America and Sunday Night Football, with the red-hot Dallas Cowboys (8-3) hosting the Indianapolis Colts (4-7-1), who are battling to stay in the AFC playoff race - kick-off is at 1.20am, early on Monday morning.

Elsewhere, the Week 13 action gets under way with the traditional Thursday night fare and a crunch AFC East rivalry clash between the Buffalo Bills (8-4) and New England Patriots (6-5) in Foxborough. Can Bill Belichick's team get the upper hand over Josh Allen and the explosive Bills offense? This one is live on Sky Sports NFL from 1.15am on Friday morning. 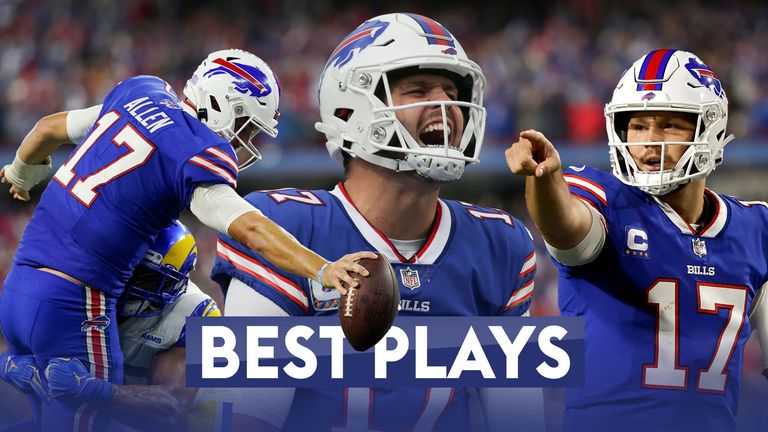 Finally, to close out Week 13, Monday Night Football sees Tom Brady and the Tampa Bay Buccaneers (5-6) host the New Orleans Saints (4-8) in a key divisional matchup with the NFC South crown still very much up for grabs. Watch it live on Sky Sports NFL from 1.15am, Tuesday.