The best stats from the divisional round of the NFL playoffs; Patrick Mahomes and Andy Reid combine for fifth-straight AFC Championship appearance; San Francisco advance to conference title game for record 18th time; Eagles hammer Giants by playoff-record margin for a divisional matchup

Sky Sports statistician Benedict Bermange picks out the best stats the NFL has to offer from the divisional round of the NFL playoffs, including another monster day for Kansas City Chiefs tight end Travis Kelce as he closes in on Jerry Rice's postseason receptions record...

The Kansas City Chiefs defeated the Jacksonville Jaguars to reach their fifth-straight AFC Championship game. The Chiefs will now have hosted five conference title games in a row, the longest streak since the first conference championship game was played in 1966. They had never hosted one at all in franchise history before drafting Patrick Mahomes, having played three in total prior, all of them on the road from 1966-2016. 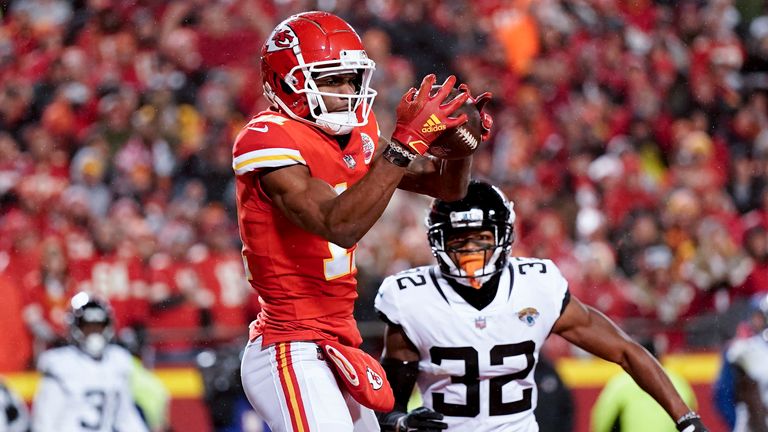 With five successive appearances, Mahomes and Chiefs head coach Andy Reid are now tied for the second-most by a QB/coach combo in the AFC title game.

Most successive Conference Championship appearances by a QB/coach combo

Reid also made four-straight NFC Championship games with QB Donovan McNabb and the Philadelphia Eagles from 2001-2004, making him the only head coach to have at least four successive appearances in title games in both conferences. 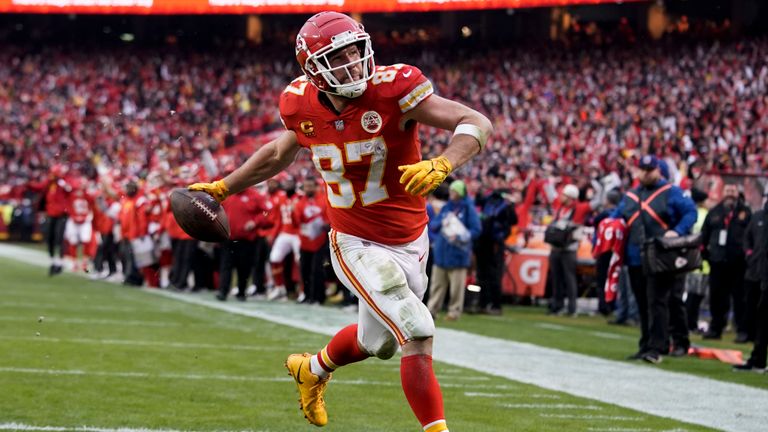 Travis Kelce's 14 receptions for the Chiefs in their divisional round win over the Jaguars on Saturday has only been bettered twice in NFL playoff history. Also, the Kansas City tight end's 120 postseason receptions now only trails Jerry Rice, who holds the record with 151.

Most receptions in a single game in NFL playoff history

The Eagles defeated the New York Giants by 31 points on Saturday night, the largest margin of victory in a playoff game between divisional opponents since the 1970 NFL merger. The previous record was set last year when the Buffalo Bills beat the New England Patriots 47-17 on Super Wild Card Weekend. The Giants have now lost 10-straight road games in Philadelphia, with their last victory coming in Week Eight of the 2013 season when Eli Manning (Giants) and Michael Vick (Eagles) were the opposing quarterbacks. The Cincinnati Bengals' victory in Buffalo on Sunday was Joe Burrow's 13th-straight win in December and January, while the game marked the fourth postseason game in a row in which the Bills' defense has given up at least 400 yards. The upcoming Bengals at Chiefs AFC Championship game will mark the first time since 2011-2012 that the same two teams have featured in successive title games. 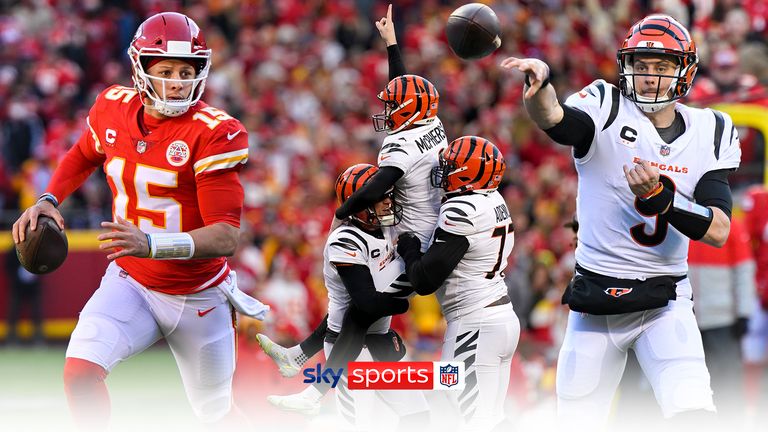 With victory over the Dallas Cowboys on Sunday, the San Francisco 49ers will travel to Philadelphia to play their 18th conference championship game, more than any other team in the NFL.

The 49ers have now won 12-straight games, equalling the longest winning streak in a single season in franchise history. In 1984, they won their last nine regular-season games and then three playoff games, including Super Bowl XIX against the Miami Dolphins. 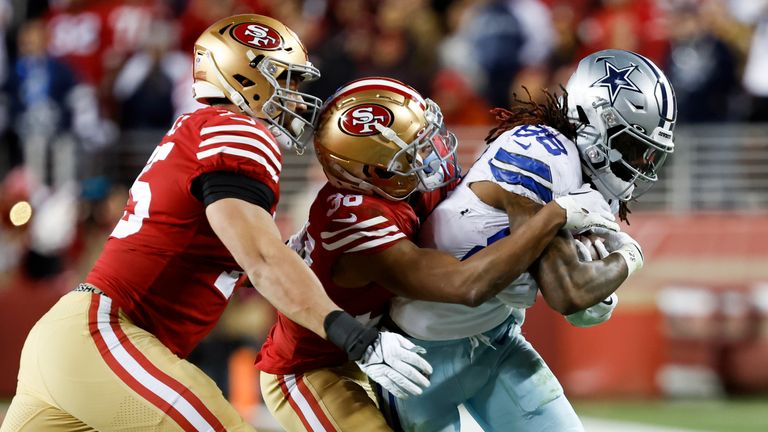 Brock Purdy will be the fifth rookie quarterback to start a conference championship game this Sunday, joining Mark Sanchez, Joe Flacco, Ben Roethlisberger and Shaun King. However, none of those four rookies won their conference championship games, meaning that not only has a rookie QB never previously won a Super Bowl, but there has never even been a rookie QB in a Super Bowl before. 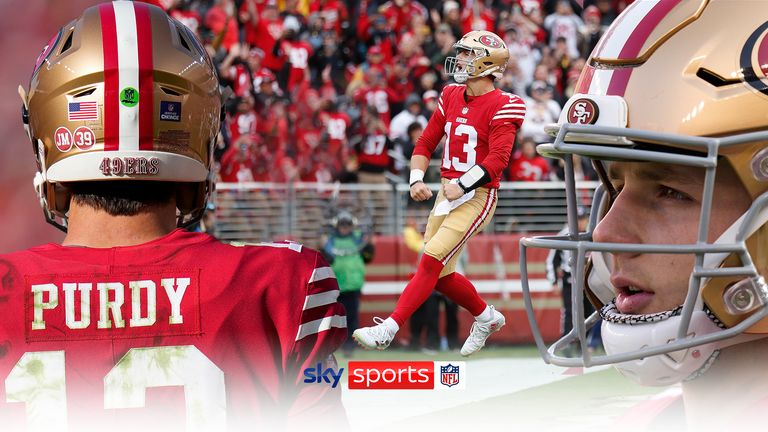 The Cowboys have now failed to reach the NFC Championship game since 1995, having lost all seven of their divisional round games since then.

Brett Maher missed his fifth extra point of this year's playoffs, while his opposite number, Robbie Gould for the 49ers, is perfect from all 67 of his career postseason kick attempts - 38/38 on extra points and 29/29 on field goals.