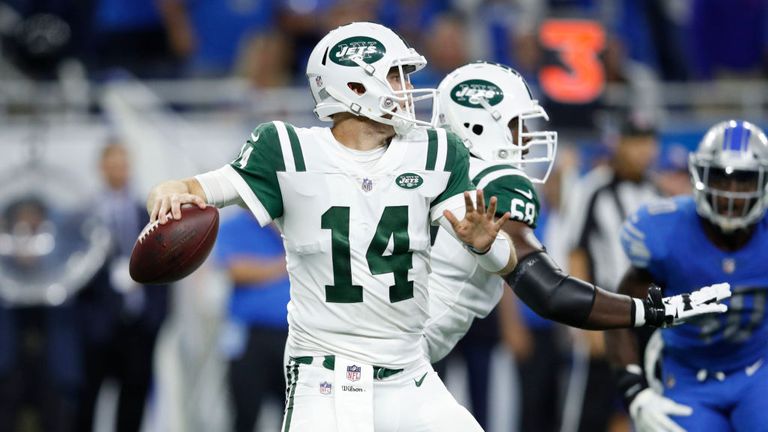 Quarterback Sam Darnold recovered from an unconvincing first quarter of his NFL career to guide the New York Jets to a 48-17 win over the Detroit Lions.

All eyes were on Darnold as the 21-year-old made his debut, and he got off to a nightmare start by throwing an interception to Quandre Diggs, and the ensuing touchdown gave the Lions an early first-quarter lead.

Darnold's first ever play in a Jets jersey resulting in a 'pick six' suggested that it was going to be a long evening for the No 3 overall draft pick, and it was followed by two first-quarter sacks. However, things soon started looking up for Darnold and the Jets, as they put together an impressive drive which finished in Isaiah Crowell finding the end zone to bring parity to the scoreboard.

If it took just one quarter for the former USC student to adjust to life as a NFL franchise quarterback, then the Jets could have an exciting season ahead. He delivered a 41-yard touchdown pass to Robby Anderson early in the second quarter to set the tone for the remainder of the game.

The Lions did hit back through Golden Tate to bring it back to 17-17, but that is as good as it got for the NFC North side.

From there, Darnold got lift-off. He found Quincy Enunwa for a touchdown, before linebacker Darron Lee stepped in front of a Matthew Stafford pass and returned the pick for a score. Once the floodgates were opened, the Jets began to run riot. Andre Roberts scored from a punt return, and Crowell ran for another.

Stafford was picked off four times by the Jets, and backup Matt Cassel had one ball taken away too.

Ultimately, the visiting side ran out convincing winners on a scoreline of 48-17. 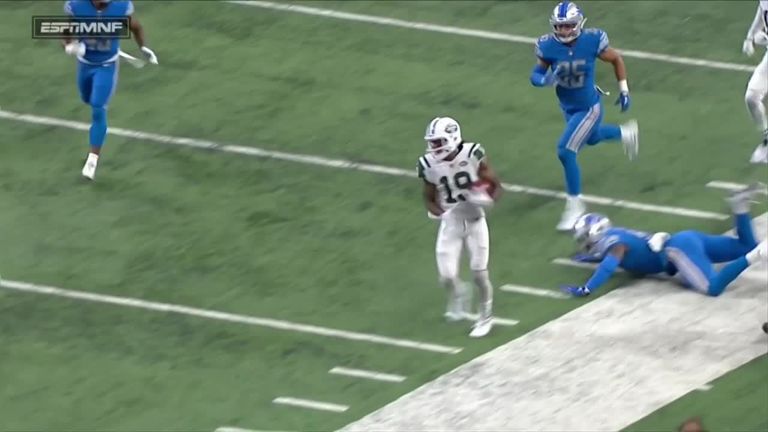