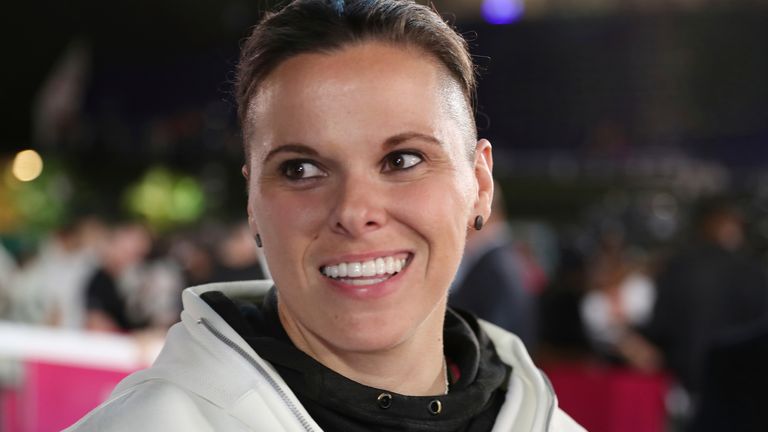 Katie Sowers will make history on Sunday when she becomes the first female and openly LGBT coach to reach the Super Bowl.

Sowers may have been born in Kansas but the 33-year-old, who has spent two seasons as the offensive assistant with San Francisco, will look to play her part in ensuring the Kansas City Chiefs finish the night empty-handed.

Sowers was given the opportunity to take up a senior role with the 49ers after Kyle Shanahan took her with him from the Atlanta Falcons when he became head coach at San Francisco, and she has credited him with helping her progress in her coaching.

Speaking of the ground-breaking nature of her role in Super Bowl LIV, Sowers said: "Being the first, it is historic. There always has to be a first to make a change but the most important thing is just to make sure I'm not the last.

"I allowed him [Shanahan] to see who I am, what my dreams and goals were and he truly believed in diversity within the NFL.

"He was happy to help me, which I am so grateful for. He truly became a mentor, taught me the culture, and really led me to where I am."

Sowers has in turn shown that faith and confidence in the players she coaches, most notably the 49ers wide receivers.

"I believed in them and that's the most important you can tell someone - I believe in you," she added.

"That's what I continue to reiterate to my players because it's amazing the growth that happens when you just tell them: 'I believe in you'."

@SkySportsNFL are in Miami all week - follow us for live video and a flavour of the madness.

For 90 minutes of Super Bowl LIV build-up from Hard Rock Stadium with Rob Ryan and Josh Norman, join us on Sky Sports Action, Main Event and Mix from 10pm on Sunday, February 2.