Tom Brady can have my No 12 shirt, says Tampa Bay Buccaneers' Chris Godwin

Tampa Bay Buccaneers star Chris Godwin says he is willing to give up his No 12 shirt to the legendary Tom Brady ahead of the new NFL season.

The Bucs landed Brady during the free agency trade on a reported one year, $30m contract.

Godwin, the 2019 Pro Bowl wide receiver, has worn No 12 throughout his three-year NFL career, but he is willing to give up his shirt to the 42-year-old who left the New England Patriots - where he spent 20 seasons and won six Super Bowls. 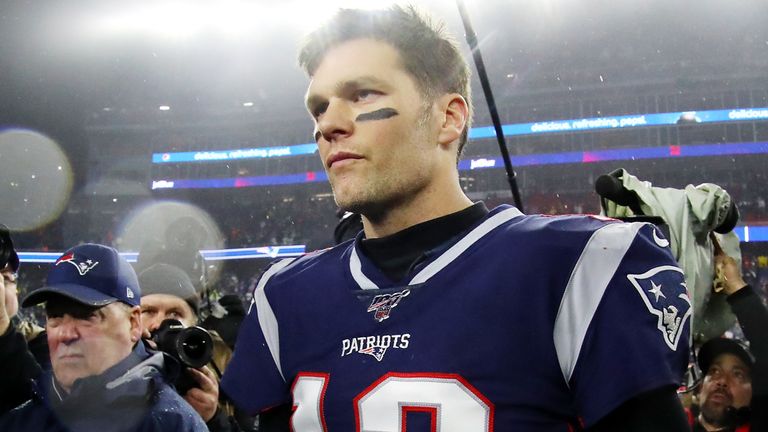 It'll be really cool when he gets down here and we really get to work.

"Obviously if he doesn't want it or is not making a big deal out of it, I'm definitely going to keep it. We'll see how it goes but I just think out of respect for what he's done, what he's accomplished and the career he's built for himself you've got to lean into that respect, you know. But we'll see how it goes," said Godwin.

"He reached out to me just saying he was excited to come down and play, to play together.

"Like I said to him, being a guy that's watched him my whole career, like I say, getting the opportunity to play with him is a blessing and I'm going to try and take full advantage of that. I let him know that. You know me, I'm excited to play with him, as I'm sure a lot of guys are but he seems equally excited about this new challenge, this new chapter in life. It'll be really cool when he gets down here and we really get to work."

If Brady is able to lead the Buccaneers to next year's Super Bowl, the team will have home field advantage.

The Super Bowl is held at a predetermined location each year and next season's championship game will be held at Tampa Bay's Raymond James Stadium.

No team has ever won the Super Bowl in their home stadium, so Brady could add another first to his resume.