Quarterback Mitchell Trubisky is going to have to earn his starting job for the Chicago Bears, general manager Ryan Pace acknowledged on Friday.

In a conference call, Pace told reporters that there will be an "open competition" between Trubisky and veteran Nick Foles, who was acquired by the Bears this offseason.

"Mitch is really embracing it," Pace said. "All he wants to do is be the best quarterback he can be for the Chicago Bears. Nick, same thing."

The Bears selected Trubisky with the No 2 overall pick in the 2017 NFL Draft, famously passing off the opportunity to take Patrick Mahomes and Deshaun Watson.

In his second season, he led Chicago to a 12-4 record and the NFC North title, but the Bears lost to the Philadelphia Eagles in the wild-card playoff round.

Foles, 31, spent last season in Jacksonville, who signed him to a four-year $88m contract. The veteran backup, who won the 2018 Super Bowl MVP when he filled in for Carson Wentz for the Eagles, broke his collarbone in the season opener and eventually lost the starting spot to rookie Gardner Minshew. 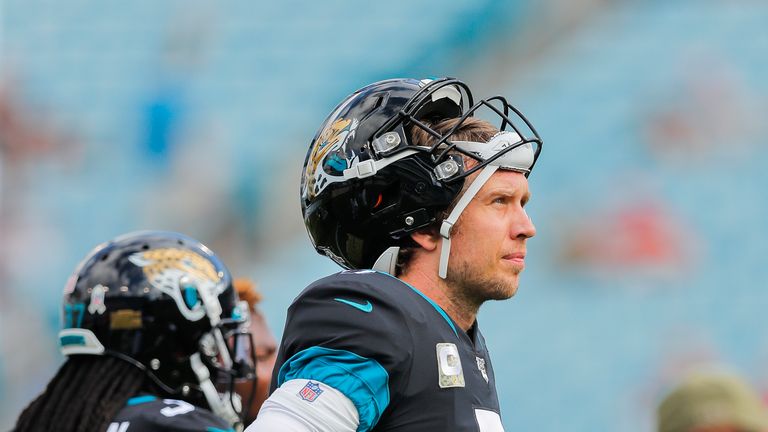 Earlier this week, Foles agreed to give up the $56.9m remaining on his Jaguars deal and instead shifted his base pay to a fully guaranteed, three-year $24m deal.

Four years after suffering a career-threatening knee injury, Teddy Bridgewater is onto his next challenge as free agency's feel-good comeback story.