Doug Williams: "[Trump] made such a big stink of it, the fans in this area might've been a tough situation for both the team and [Kaepernick].

Donald Trump's opposition to Colin Kaepernick taking a knee during the US anthem made the Washington Redskins reluctant to sign the quarterback, according to Doug Williams.

Kaepernick protested racial injustice in the United States by kneeling during the anthem in the 2016 season.

The 32-year-old has not been signed by an NFL team since opting out of his contract with the San Francisco 49ers in 2017. That year, President Trump urged team owners to fire athletes who take a knee during the anthem.

The Redskins were in need of a quarterback in 2018 before trading for Alex Smith - Kaepernick's former 49ers teammate - to replace Kirk Cousins.

The team's senior vice president of player development Williams, who became the first black quarterback to win a Super Bowl in Super Bowl XXII, admits the team were wary about how Kaepernick would have been received by the team's fans.

"I think what happened here, we're in a heavily, heavily military area," Williams said, during an appearance on the Dan Patrick Show. 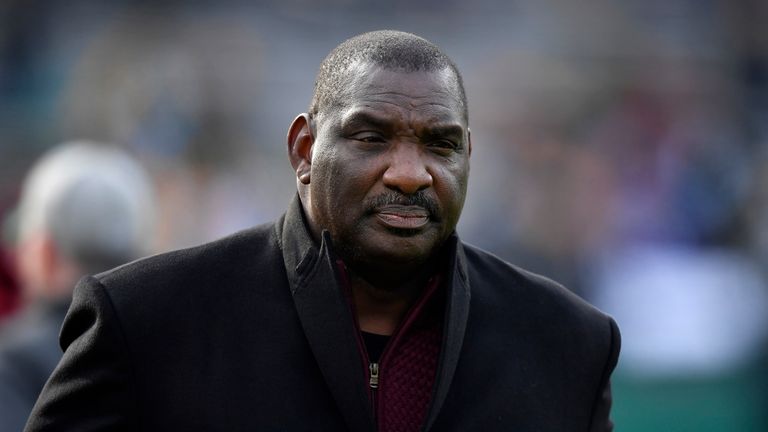 "You don't want to bring people into a situation where nobody is going to be happy. I think that's probably what happened, why he didn't come up during that time."

Kaepernick's stand against police brutality and commitment to social-justice issues is back in the spotlight after the death of George Floyd on May 25 in Minneapolis.

Last week, NFL commissioner Roger Goodell said the NFL will encourage players to speak out and protest following the death of Floyd and admitted the NFL was "wrong for not listening to NFL players earlier".

That prompted Trump to question whether Goodell is changing the league's position on kneeling during the anthem.

Kaepernick spent six seasons with the 49ers after being a second-round pick in the 2011 NFL Draft. He played in only three games as a rookie, then started 58 games over the next five seasons. He completed 1,011 of 1,692 passes for 12,271 yards, 72 touchdowns and 30 interceptions in 69 career games.

Kaepernick was the 49ers' quarterback when they lost 34-31 to the Baltimore Ravens in Super Bowl XLVII following the 2012 season.